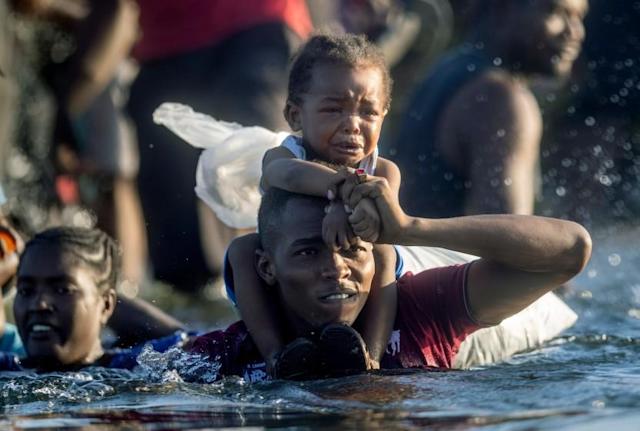 From Del Rio, Texas, to Ciudad Acuna, Mexico, Haitian immigrants cross the Rio Grande. Thousands waited in a camp under an international bridge in Del Rio as US immigration authorities began deporting immigrants back to Haiti. Others crossed the river back into Mexico to evade deportation (Photo: Getty Images)

Thousands of refugees sleeping under a bridge returned to Haiti, according to Homeland Security Secretary Alejandro N. Mayorkas. An additional 600 Homeland Security employees have been ordered to the border in Del Rio, Texas.

At a camp under a bridge, more than 14,500 migrants – the vast majority of them, according to Del Rio officials, are Haitians – face high temperatures and dire circumstances, per USA Today.

Haitians have been crossing into the secluded city for weeks, but Mayorkas said the number of migrants has recently increased.

On Sunday, the US closed the Mexican border to Del Rio, a city of around 35,000 people about 145 miles west of San Antonio, in response to the sudden arrival. Mexican authorities strengthened immigration procedures and closed access points to Ciudad Acua to prevent more migrants from crossing the border and announcing that Haitians would be deported.

Mayorkas claimed that about 3,500 migrants had already evacuated from the camp, with 3,000 more to be relocated to another processing facility on Monday.

On Sunday, there are at least three deportation flights, each carrying 145 individuals, that arrived in Port-au-Prince, Haiti’s capital, with another six scheduled for Tuesday.

According to a US official who was not allowed to discuss the topic publicly, the decision marks a trend toward utilizing a pandemic-related statute to remove migrants without enabling them to claim asylum promptly.

On Monday, Texas Governor Greg Abbott submitted a letter to President Joe Biden demanding that the state be declared a federal emergency. Abbott stated that while he claimed a disaster and acted under state law, supplemental federal assistance is required to decrease the potential of disaster, save lives, and protect property, public health, and safety. 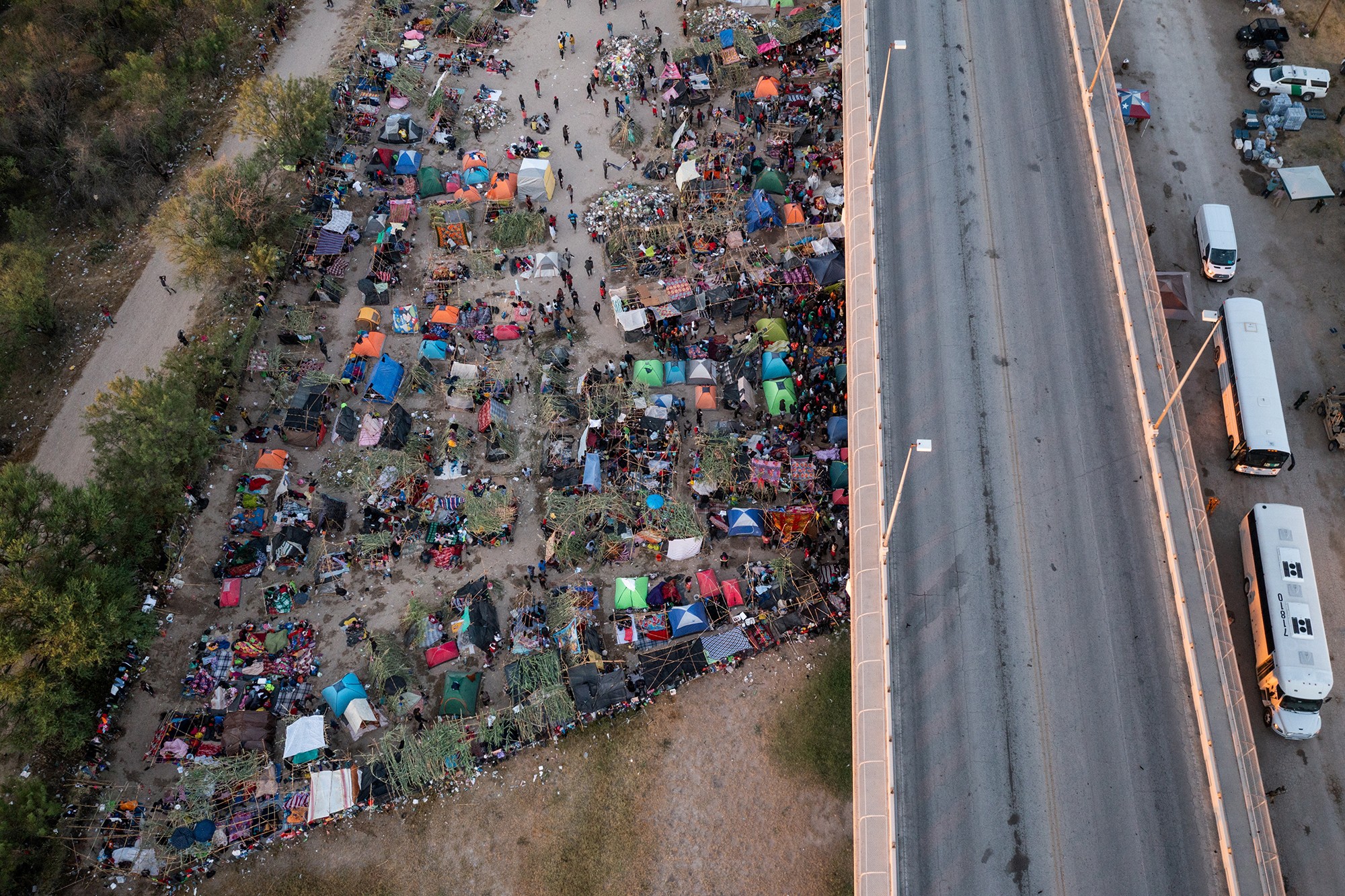 Many Haitians who have arrived at the US border have fled to South America following an earthquake in 2010. (Photo: Adrees Latif)

Reasons of Haitians Why they Left Haiti

Abbott wrote to Biden on Monday, claiming that migrants had risen from roughly 4,000 on Wednesday to over 16,000 by Saturday.

Some of the Haitians in the camp had previously resided in Mexican cities near the US border. In contrast, others had recently arrived after being stranded near Mexico’s southern border with Guatemala, according to Nicole Phillips, the legal director for advocacy group Haitian Bridge Alliance. Many people have been waiting in Mexico in camps to decide whether or not to cross the border.

Following the horrific 2010 earthquake in Haiti, many people fled to South America and resided there for years. Many people crossed the US border by foot, bus, and vehicle as jobs from the 2016 Summer Olympics in Rio de Janeiro vanished.

According to Edgar Rodrguez, a lawyer for the Casa del Migrante migrant shelter in Piedras Negras, south of Del Rio, it is unclear how the enormous number gathered so rapidly. However, disinformation may have played a role. Migrants frequently make decisions based on erroneous information that regulations are changing or cities have distinct enforcement procedures.

Moreover, Maryokas said that it is heartbreaking to see families and vulnerable individuals being fooled by smuggling organizations that are unscrupulous and exploitative 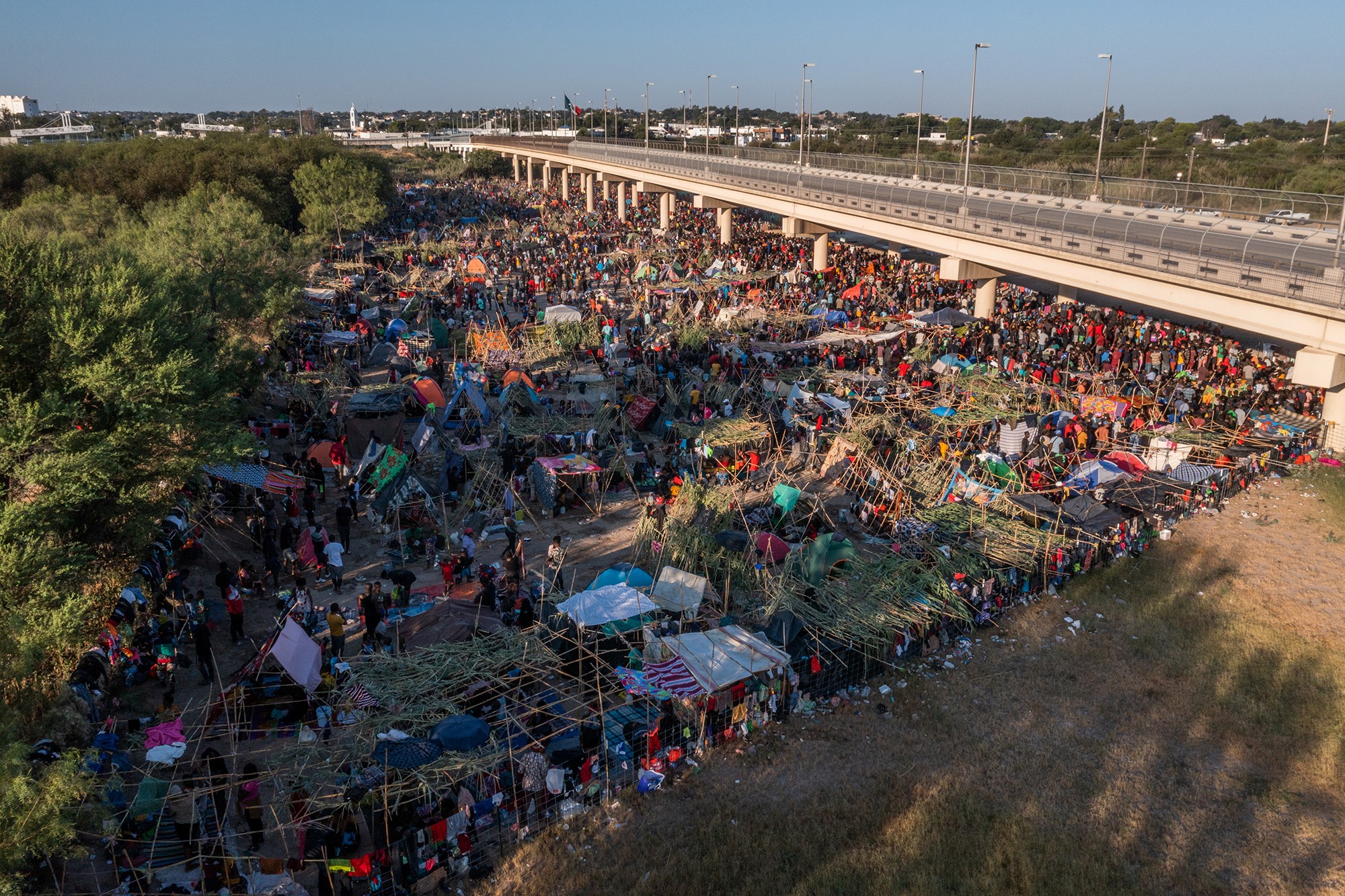 Since last week, Haitians camped out in squalid conditions under Del Rio International Bridge, waiting to be arrested. (Adrees Latif

Life at the Border

Migrants on both sides of the border are becoming increasingly despondent.

There is no simple access to food or water in the camp, and trash piles are 10 feet wide.

Part of the reason for the terrible situation, according to Border Patrol Chief Raul Ortiz, is that the Del Rio neighborhood is considerably smaller than some other communities along the border, and resources are restricted.

Hot temperatures and the shifting level of the Rio Grande, according to Del Rio Mayor Bruno Lozano, might make the camp complex. The temperature in Del Rio has been in the upper 90s, and by Monday, it is expected to reach 105 degrees.

Migrants have set up tents and constructed improvised shelters beneath the bridge, while others bathe and wash their clothes in the river. According to Val Verde County Judge Lewis Owens, the county’s top elected official, at least two women have given birth, one of them later testing positive for COVID-19.

Migrants from Haiti must choose between staying put and risking deportation to the nation they fled or returning to Mexico.

Some of those waiting in Mexico, such as Charles Edirame, have expressed fear of returning to Haiti following the recent tragic earthquake and President Jovenel Mose’s assassination. 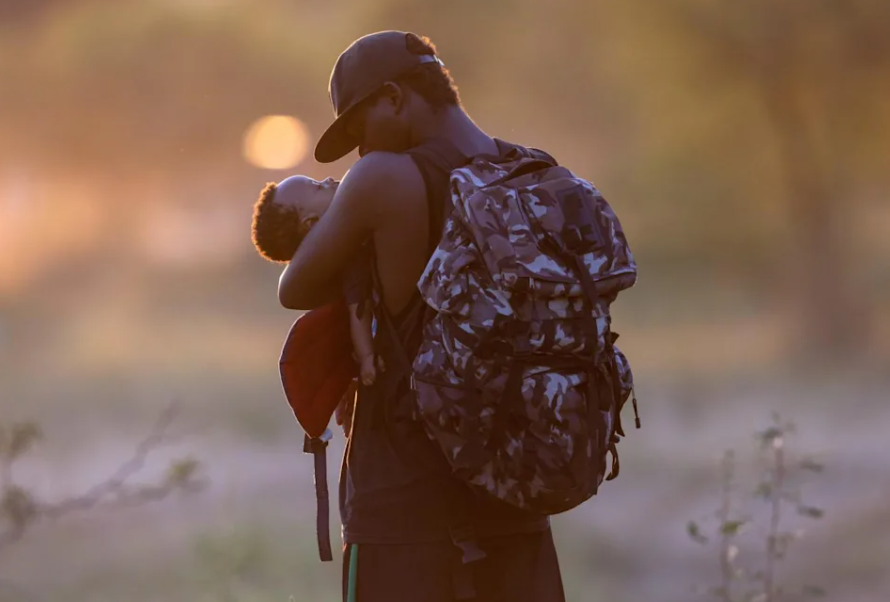 Edirame, his wife, and their daughter crossed the border to the campsite, but they returned to Mexico when they learned of the deportations. The Haitian family was debating their options.

Edirame claimed that he could die the next day if he go back, for they have nothing left, and they have walked for two to get there.

CBP agents on horseback chased Haitian migrants, according to photos and video released on Sunday. As they attempted to scramble across the river to the US side, the agents charged migrants with just food, water, and clothing on their backs.

Jen Psaki, the White House press secretary, described the photographs as “horrific,” adding that additional information about the situation is needed.

Psaki stated at a press conference that she have seen some of the footage, yet she is uncertain what it all means. Also, she claimed that she has no further information about it. However, according to her anyone watching the film would not think it was acceptable or suitable. 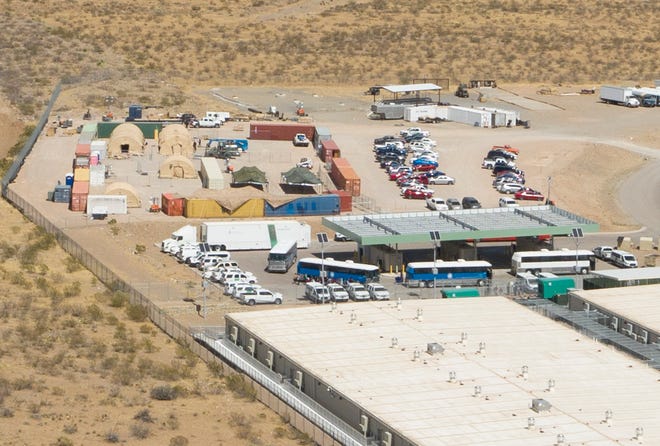 Even as flights deporting hundreds of Haitians were slated to depart San Antonio for Port-au-Prince, El Paso’s Annunciation House prepared to accommodate Haitian refugees on Monday.

Authorities had ordered the Annunciation House migrant shelter in El Paso to be prepared to accommodate refugees, said Ruben Garcia, director of the facility. However, no Haitians have been released in El Paso so far.

Garcia asserted that it’s incredibly unpredictable since they’re doing all different things, like deporting people to Haiti. In addition, he said there are times, he is ordered to prepare, which he does, yet nothing happens.

Furthermore, he said they are put themselves on alert, and they have everything they need. Since they haven’t gotten anybody yet; however they are aware that they’re taking several buses and that they began arriving on Friday.

A request for a response from a US Immigration and Customs Enforcement spokesman in El Paso was not immediately returned.

The Prohibition from using Title 42 to deport Asylum seekers

While international law guarantees the right to seek refuge, Title 42, enacted by former President Donald Trump during the COVID-19 outbreak and perpetuated by Vice President Joe Biden, provides for quick expulsions without the ability to claim asylum.

Unaccompanied minors and many families had been exempt, but the administration announced on Friday that it would appeal a judge’s decision prohibiting it from using Title 42 to deport migrant families.

Because Mexican authorities have only consented to receive expelled families from Mexico, Guatemala, Honduras, and El Salvador, the US government has been unable to remove many migrant families, presenting an opportunity for Haitians and other persons of other nations.

Last month, the US Supreme Court upheld a judge’s order to reinstate a Trump-era policy requiring asylum claimants to remain in Mexico while waiting for their immigration court hearings in the United States. Still, Mexico has yet to agree to the terms.