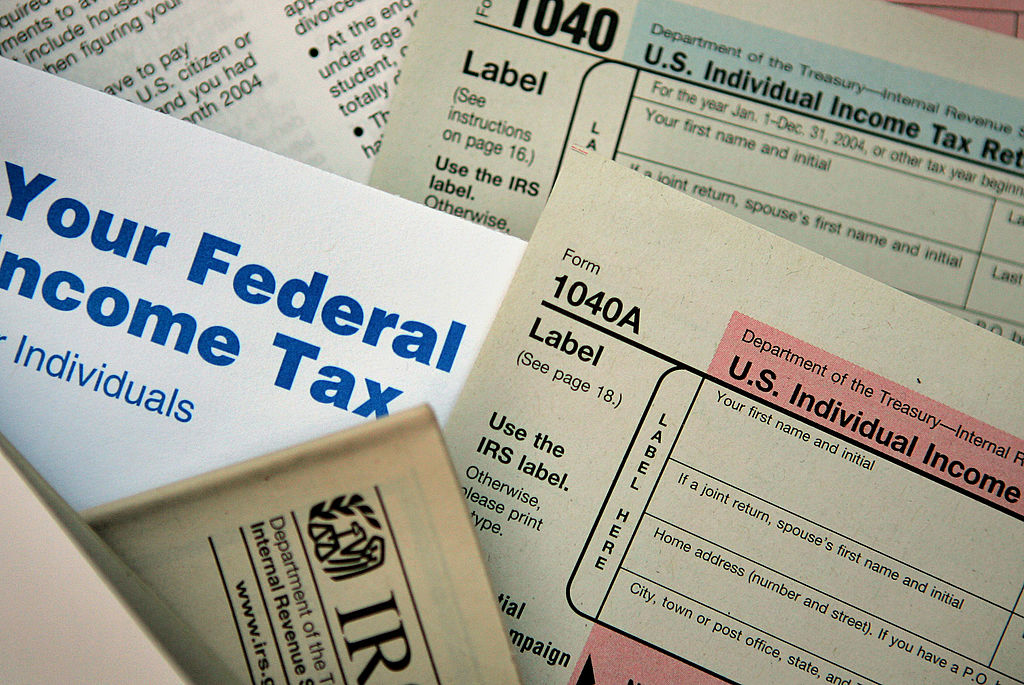 CHICAGO - NOVEMBER 1: Current federal tax forms are distributed at the offices of the Internal Revenue Service November 1, 2005 in Chicago, Illinois. A presidential panel today recommended a complete overhaul of virtually every tax law for individuals and businesses. (Photo Illustration by Scott Olson/Getty Images)

Arkansas Gov. Asa Hutchinson wants to see the state’s income tax reduced even further, but he’s avoiding taking a stance on a plan to phase out the tax entirely in eight years. The governor also said that a request for a special session on tax reform has yet to gain traction, and that he is unsure when legislators would reconvene when their regular session ends at the end of the month.

Hutchinson made his remarks on the Talk Business & Politics TV show on Sunday Sept. 19, KATV said.

When state lawmakers return to the capital on Sept. 29 to approve a new Congressional district plan as part of their responsibilities for the once-in-a-decade Census, they will have completed their regular session work. Some legislators want to explore additional measures, such as legislation akin to a Texas law prohibiting abortion and opposition to a planned federal regulation requiring vaccinations for companies with more than 100 workers.

ALSO READ: Federal Employees Could Be Terminated for Refusing Vaccination

Suppose the state legislature is barred from addressing those issues in its normal session. In that case, Hutchinson will be pressed to convene a special session. He believes the Arkansas General Assembly will not be able to address those problems during its normal session.

Hutchinson said he would not convene a special session to address the reform unless a legislative agreement is reached. Although no definitive plan has been determined, tax ideas are currently being discussed between the executive and legislative branches. Tax-Cut Proposals: Gov Wants To Reduce It To 5.5%

During Hutchinson’s two years as governor, he and legislators have gradually reduced income taxes. He has effectively approved lower- and middle-income tax cuts, as well as a reduction in the highest rate from 7% to 5.9%. Based on the state’s present income position, which includes a $1 billion surplus, the governor wants to reduce the top rate to 5.5 percent.

He’s open to lowering the income tax rate to 4.9 percent and changing the tax tiers to prevent employees from being punished for exceeding a particular earning level with substantially higher taxes.

Hutchinson’s proposal to cut the highest rate to 5.5 percent would cost the state $150 million each year in lost income, or $1.5 billion over ten years. He said that when it comes to cuts, he wants to be cautious in order to fulfill commitments for public education and other vital state services.

In recent months, two tax-cut plans have emerged, one of which proposes reducing the corporate income tax and entirely abolishing the individual income tax in eight years.

As individual income taxes decrease, the Arkansas State Chamber of Commerce has proposed reducing the corporate income tax rate. Gov. Hutchinson says he’s willing to talk about it, but it’s not his top priority.