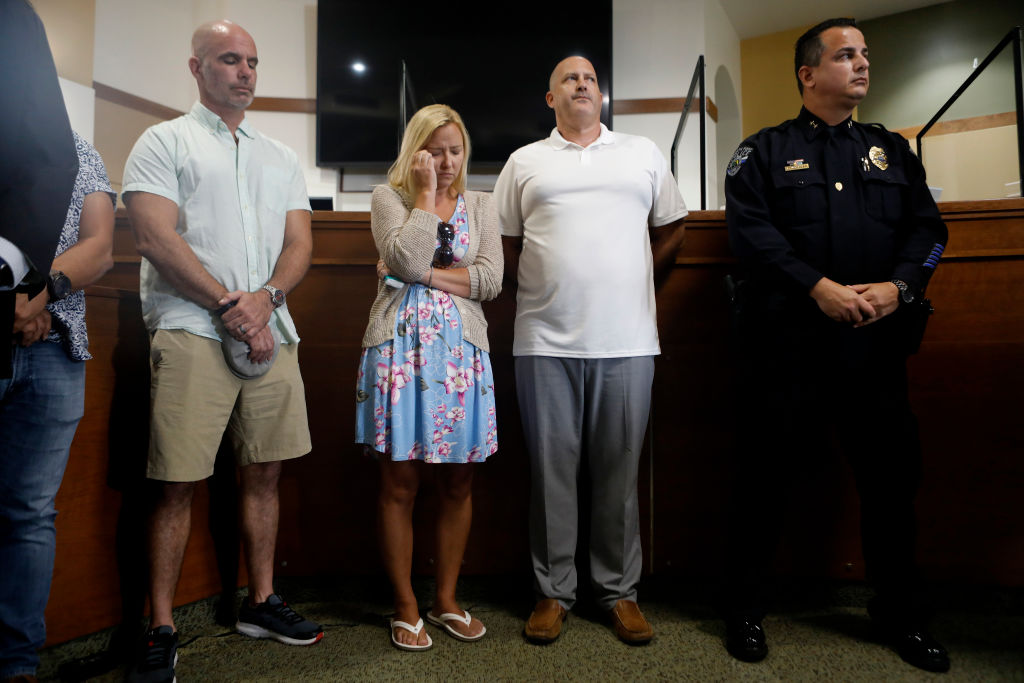 NORTH PORT, FL - SEPTEMBER 16: Tara Petito (2L) and Joe Petito look on while the City of North Port Chief of Police Todd Garrison (not seen) speaks during a news conference for their missing daughter Gabby Petito on September 16, 2021 in North Port, Florida. Gabby Petito went missing while on a cross country trip with her boyfriend Brian Laundrie and has not been seen or heard from since late August. Police said no criminality is suspected at this time but her fiance, Brian Laundrie, has refused to speak with law enforcement. Laundrie has be identified as a person of interest but investigators are solely focused on finding Petito. (Photo by Octavio Jones/Getty Images)

Gabby Petito’s boyfriend, Brian Laundrie, has been criticized for remaining silent after her mysterious disappearance. Still, legal experts believe it may be the correct decision.

According to The New York Post, attorney Ron Kuby is never certain that his client was not involved in anything. When his clients claim they’re guilty, Kuby doesn’t trust them. Similarly, he does not trust his clients when they claim innocence. As a result, he said that the best legal counsel is to say nothing.

On September 1, Laundrie returned to Florida in the couple’s van without Petito. He refused to talk to her family or the police and did not declare her missing. Even though Petito’s devastated parents publicly begged with him to assist with police, he has remained silent.

Even though there are many possibilities in which Laundrie might be cleared of wrongdoing, Kuby said he would be wary of allowing him to speak. She might have died by accident. He said Laundrie was afraid he’d be held responsible for Gabby Petito’s case. Petito might have vanished to create a social media frenzy to boost her blogging profile, and he was sworn to silence.

These are plausible explanations for innocence, but he claims no one has ever gotten out of trouble by talking to the cops.

He admitted that this advice might be a public relations disaster. However, public criticism is preferable to revealing evidence that leads to a suspect’s conviction.

Kuby described Laundrie’s silence as a severe breach of societal standards” from a moral, ethical, and ethical perspective, as well as a responsibility to treat people with kindness. Of course, this is why people despise attorneys. 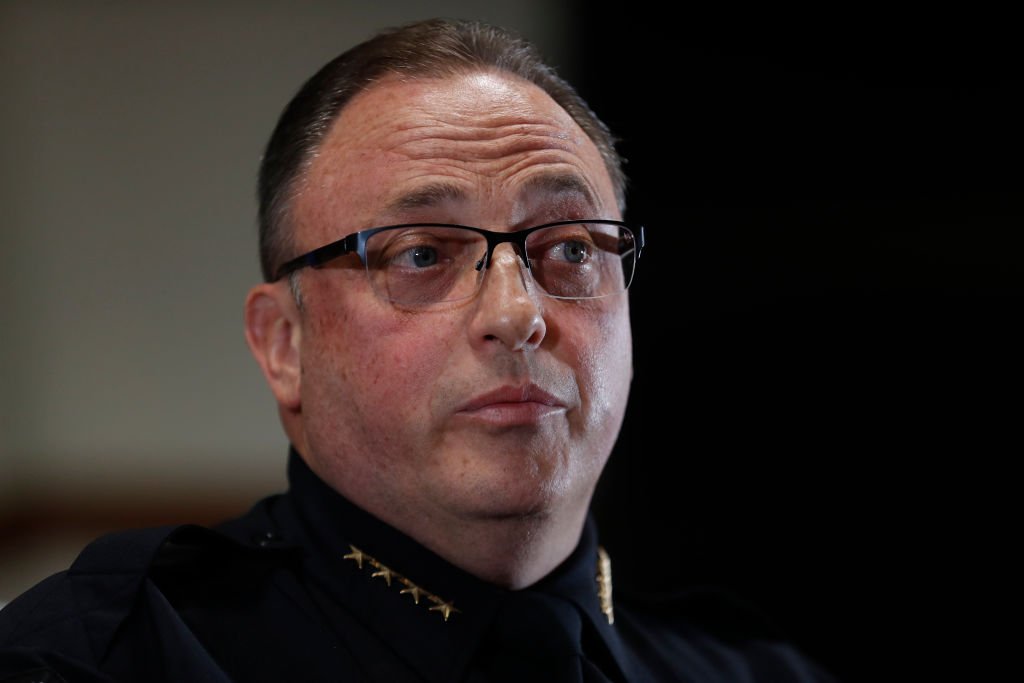 NORTH PORT, FL – SEPTEMBER 16: The City of North Port Chief of Police Todd Garrison speaks during a news conference for missing person Gabby Petito on September 16, 2021 in North Port, Florida. Gabby Petito went missing while on a cross country trip with her boyfriend Brian Laundrie. Police said no criminality is suspected at this time but her fiance, Brian Laundrie, has refused to speak with law enforcement. Laundrie has be identified as a person of interest but investigators are solely focused on finding Petito. (Photo by Octavio Jones/Getty Images)

ALSO READ: TikToker Urges Followers to Get Vaccinated Before Dying of COVID

Mark Bederow, a former Manhattan prosecutor who now practices defense law, said there are many legitimate reasons for Laundrie not to speak out, particularly if he’s “guilty of something terrible.”

According to Bederow, Laundrie’s lawyer must balance poor optics and the danger of self-incrimination.

There’s no denying that his conduct is very suspect, and his choice to remain silent, although legal, seems to be a bad one,” Bederow said. “However, he isn’t doing anything illegal or legally questionable, and it may be in his best interests.”

Joaqun “El Chapo” Guzmán’s lawyer, Jeffrey Lichtman, said he would only let his client speak if he was 100 percent sure he was innocent.

According to Lichtman, lawyers will let clients speak because they want the clients to abandon them as a client. Even if “the man appears outrageously guilty right now,” it’s better to keep silent if you’re not sure, he added.

In an ABC7 report, ABC News Chief Legal Analyst Dan Abrams also acknowledged that there is a piece of incriminating information about Gabby Petito’s case.

He also thinks that Laundrie’s lawyer has a sixth sense. They are occasionally aware that a search for Miss Petito is underway.

Petito was “last known to be in Grand Teton, Wyoming on 8/25/21 going towards Yellowstone National Park,” according to a verified GoFundMe page put up to collect money and help in the hunt for her.

Nichole Schmidt, Petito’s mother, claimed she last got a text message from her daughter on August 30.

Gabby’s family has said that they do not think she sent the message.

On September 1, Laundrie is said to have returned to the North Port, Florida house he and Petito lived with his parents.

Petito was not with him when he drove the vehicle there, according to police.

Laundrie was formally designated a person of interest in Petito’s disappearance on September 15, and North Port Police claimed he was obstructing the inquiry.

Laundrie has not agreed to be questioned by investigators or given any useful information.