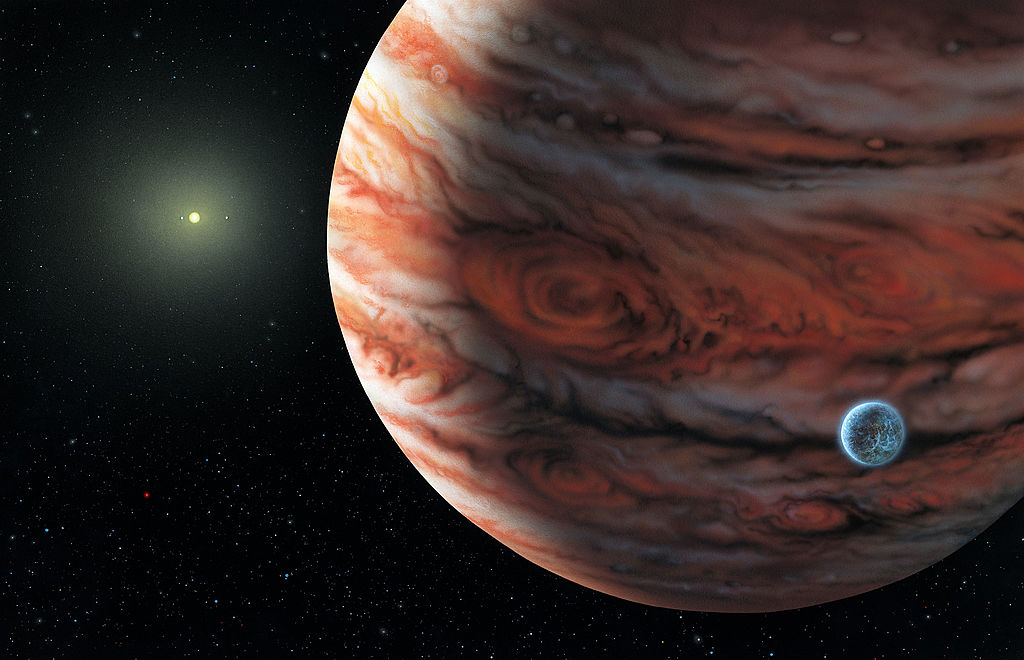 IN SPACE - JUNE 13: This artist's conceptual drawing released June 13, 2002 depicts a Jupiter-mass planet orbiting the star, 55 Cancri, about 41 light years from Earth. A possible moon around the planet is shown because such moons are thought to be common around this type of planet, but no moon has been detected. (Photo by Lynette Cook/NASA/Getty Images)

A 100-meter asteroid just collided on the surface of Jupiter. Fortunately, a handful of amateur astronomers could photograph the very uncommon Jupiter asteroid collision in 2021.

Every year, hundreds of asteroids collide with the Gas Giant. The planet, which is the biggest in the solar system, serves as a barrier for space debris on its way to collide with Earth. 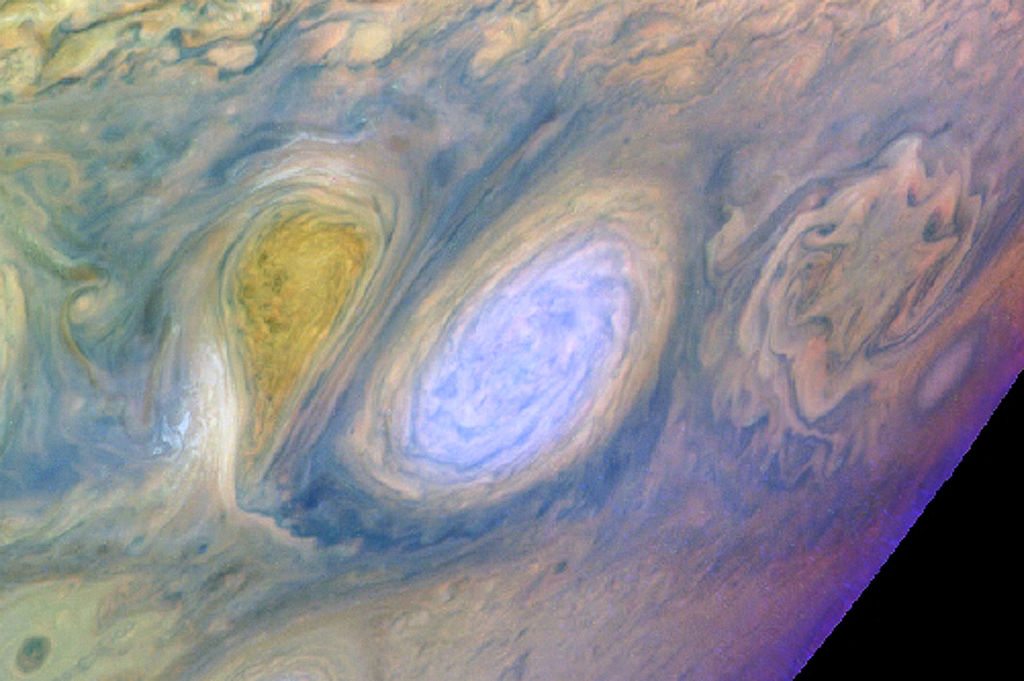 IN SPACE – FEBRUARY 1998: (FILE PHOTO) This image of a large storm brewing in Jupiter’s atmosphere, was captured by the Galileo spacecraft during its 17th orbit of Jupiter in February 1998. During a recent flyby of Amalthea, one of Jupiter’s inner moons, Galileo was exposed to severe radiation that locked the spacecrafts data recorder. Scientist at the Jet Propulsion Laboratory successfully unlocked the recorder and have begun downloading the data they thought was lost. (Photo by JPL/NASA/Getty Images)

Brazilian astronomer Jose Luis Pereira captured the flare of the crash. He told Space that in the first video, he observed a distinct light on the planet. He didn’t pay much attention to it since he assumed it had anything to do with his chosen criteria. As a result, he proceeded to watch as usual.

The video clip was posted on Pereira’s YouTube account. It has garnered millions of views in less than a week at the time of writing. On the right side of the globe, the impact flash was repeated roughly 12 times in the 54-second movie.

Light on at Jupiter! Anyone home? This bright impact flash was spotted yesterday on the giant planet by astronomer José Luis Pereira.

Not a lot of info on the impacting object yet but its likely to be large and/or fast!

ESA Operations shared a picture from Pereira’s gallery that focused on the impact flash.

Herald Paleske, another astronomer, also caught the impact. Corey S. Powell, a Twitter user, shared the photo. Powell theorized that the tiny but powerful flash was produced by a comet or asteroid with a diameter of 100 meters.

Here's a much clearer look at the object that struck Jupiter on Monday, via Harald Paleske. It was probably a comet or asteroid about 100 meters in diameter — small but potent. https://t.co/xOEmXLqXAL pic.twitter.com/OzJGOnjRTu

ALSO READ: NASA’s Mars lander is in a crisis of energy!

This is the seventh documented impact on Jupiter, according to The Sun. The comet Shoemaker-Levy 9 made its initial impact in 1994.

Astronomers’ interest in the huge planet has grown as a result of the recent impact event. Jupiter’s 425C temperature, affected by its UV auroras and volcanic moon Io, was discovered after further study.

Other interesting facts about the planet were revealed in The Sun. The mass of Jupiter’s planet is 318 times that of Earth’s.

Jupiter is also known as the solar system’s fastest-spinning planet. Its rapid rotations flattened its poles and expanded its bulk near the equator.

Finally, Jupiter has the greatest magnetic field in the solar system, which is about 14 times greater than Earth’s.

Without the use of telescopes, interested astronomers may see Jupiter in the sky. After Venus and the Moon, this would be the third brightest object in the solar system.