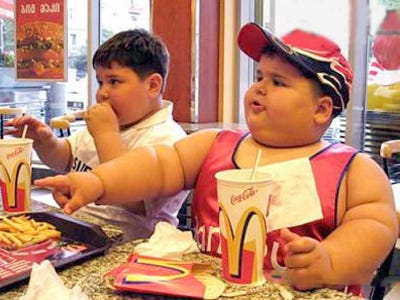 Obesity among children and teenagers increased during the pandemic. (Photo: Business Insider)

According to new research published Thursday by the Centers for Disease Control and Prevention, adolescents and teens in the United States saw an “alarming” rise in obesity during the COVID-19 epidemic. According to the research, 22% of children and adolescents were obese in August of last year, up from 19% the previous year.

Obesity among children and teenagers increased during the pandemic. (Photo: Business Insider)

Results of the Research of the U.S. CDC

In a recently published article in Newsweek, according to one of the study’s authors, Dr. Alyson Goodman of the Centers for Disease Control and Prevention, the data show a significant and worrisome rise in weight gain for children. Children who were at a healthy weight before the pandemic gained 3.4 pounds each year on average, but this increased to 5.4 pounds during the pandemic, according to the research.

According to a published article in a news outlet, children and adolescents who were already obese showed an increase in average weight gain throughout the pandemic. Those who were already moderately obese were predicted to gain 6.5 pounds each year before the pandemic, increasing to 12 pounds after the pandemic started.

Additionally, when the pandemic started, the annual anticipated weight gain for extremely obese children increased from 8.8 pounds to 14.6 pounds. The pandemic seems to be exacerbating the country’s long-running obesity crisis, and obesity may put individuals at risk for the more severe disease after coronavirus infection. The CDC research, which was published on Thursday, is the most comprehensive yet on obesity patterns during the pandemic.

Obesity rates rose the highest among children aged 6 to 11, who are more reliant on their parents and may have been more impacted when schools stopped offering in-person courses, according to

The study was based on a survey of more than 432,000 children and teenagers, aged 2 to 19, who were weighed and measured at least twice before the pandemic and at least once during the pandemic.

According to the researchers, it only included children who received treatment before to and throughout the pandemic. It also didn’t look at how obesity rates varied by racial and ethnic groupings. The CDC said earlier this week that the number of states with at least 35 percent obese people rose by four last year.

Delaware, Iowa, Ohio, and Texas have all been added to the list. Alabama, Arkansas, Indiana, Kansas, Kentucky, Louisiana, Michigan, Mississippi, Oklahoma, South Carolina, Tennessee, and West Virginia were the 12 states in 2019. Those findings were based on adult questionnaires in which they reported their own height and weight, and they are not as precise as medical data.