The Walt Disney Co. recently announced that it would close at least 60 Disney locations in North America this year as part of a move to prioritize e-commerce. Thus, this represents almost one-third of the stores in North America; there are approximately 300 worldwide, per USA Today. Many of them will close on or before September 15, 2021. 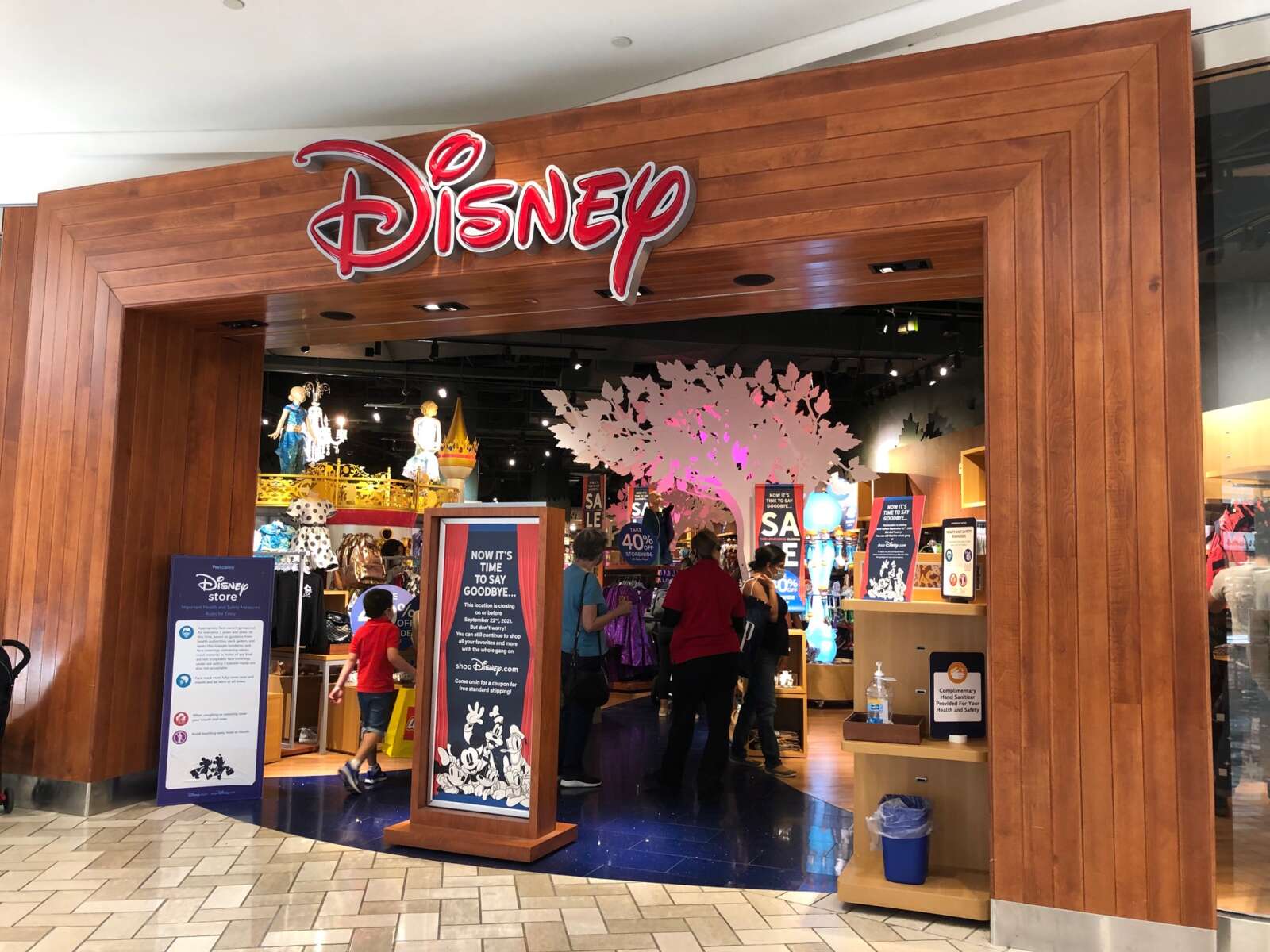 Disney Store at Tysons corner is also set to close this September (Photo by Angela Woolsey).

Two More Stores Will close on or before September 22

According to the store locator on Tuesday, about two dozen stores will remain after the recent closures. More than 600 stores in Disney theme parks and other locations, including small Disney shops inside Target stores, are unaffected by the closures.

In March, the company announced that it would be closing storefronts to focus on its e-commerce operations. In March, it announced approximately 40 layoffs.

While consumer behavior has evolved toward online buying, the global pandemic has altered what people expect from a business, said Stephanie Young, president of consumer products, games, and publishing at the time.

Target plans to open more than 100 new Disney stores inside its stores by the end of 2021, prompting the closures. It’s also the 50th anniversary of Walt Disney World.

California will lose 18 locations once the Sacramento store closes on Sept. 22, will have the most surviving stores of any state, with five. Furthermore, Texas will have four stores, while many states will only have one.

Camarillo, Commerce, Livermore, Ontario, and San Diego are locations of Disney stores’ in California that will remain open. Furthermore, in Texas, the four remaining stores are located in Canutillo, Cypress, Grapevine, and San Marcos.

Washington and Pennsylvania will still have two stores that will remain open. Bellevue and Tulalip in Washington, while Hershey and Lancaster in Pennsylvania