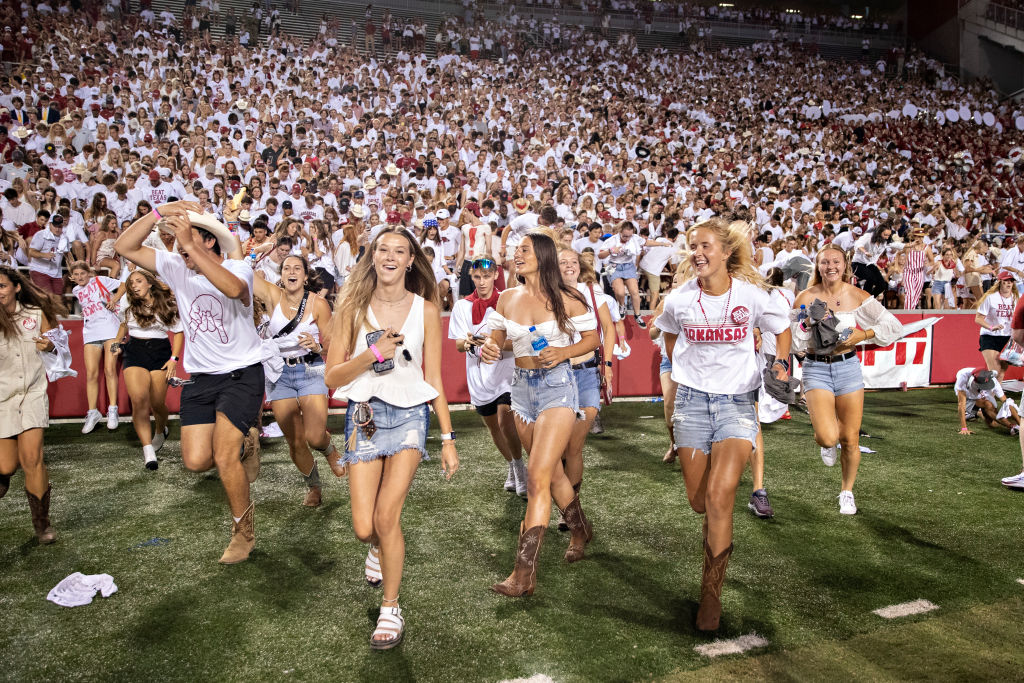 FAYETTEVILLE, ARKANSAS - SEPTEMBER 11: Student section of the Arkansas Razorbacks storm the field at the end of the game against the Texas Longhorns at Donald W. Reynolds Razorback Stadium on September 11, 2021 in Fayetteville, Arkansas. The Razorbacks defeated the Longhorns 40-21. (Photo by Wesley Hitt/Getty Images)

The Arkansas Razorbacks will lose $100,000 due to their supporters rushing the field after their 40-21 victory against Texas on Saturday.

The SEC issued the punishment on Monday. Associated Press (via Republic World) said the team allegedly broke the second time around on entry to the competition area. The previous infraction occurred against LSU in 2014.

According to the regulation implemented in 2004, a third violation would cost Arkansas $250,000.

I knew that the Razorback fans would be a huge part of your team winning last night. Can’t thank you all enough! #gohogs #turnthatdamnjukeboxon pic.twitter.com/Le85Y7AkBy

Here’s Why Arkansas Razorback Got Fined

EPSN said the policy is that players, coaches, officials, support staff, and properly authorized people are only permitted on the field.

With that, the policy explained that spectators are not allowed to enter the competition area before, during, or after a competition for the safety of players and wathers. Each member institution, the guideline said, has to put processes in place to guarantee that this policy is followed. 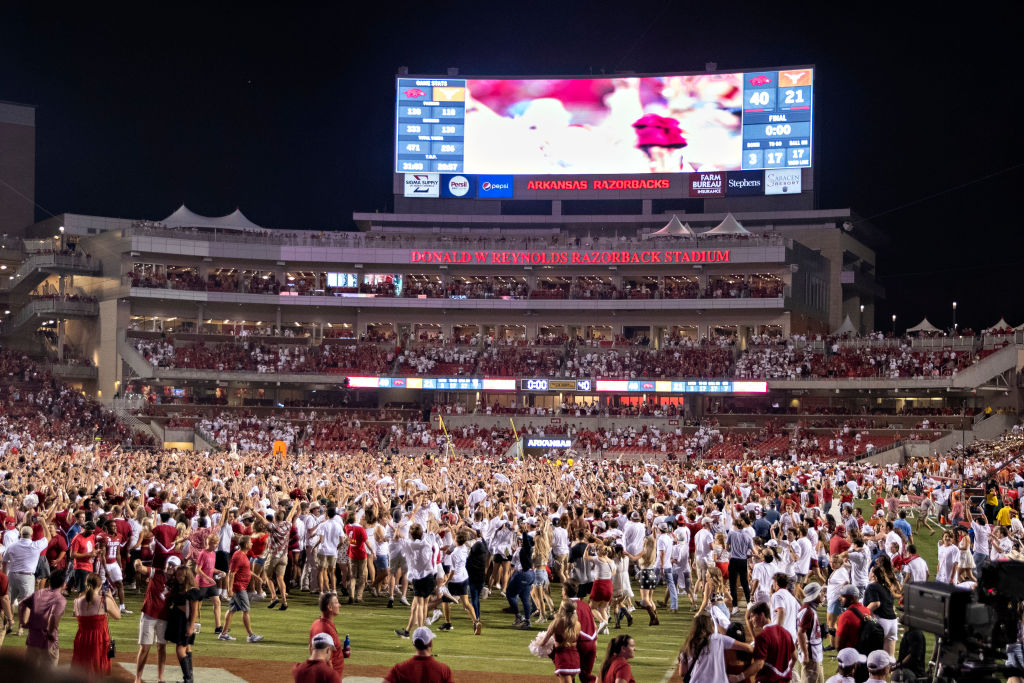 FAYETTEVILLE, ARKANSAS – SEPTEMBER 11: Fans of the Arkansas Razorbacks storm the field at the end of the game against the Texas Longhorns at Donald W. Reynolds Razorback Stadium on September 11, 2021 in Fayetteville, Arkansas. The Razorbacks defeated the Longhorns 40-21. (Photo by Wesley Hitt/Getty Images)

CBS News said the Razorbacks crushed the then-No. 15 Texas Longhorns on Saturday night, thanks partly to a punishing rushing offense that piled up 333 yards and four touchdowns from four different running backs. They averaged 7.1 yards per play and converted five of their 11 third-down opportunities, putting them at No. 20 in the AP Top 25 for the first time since 2016.

Arkansas coach Sam Pittman seemed unconcerned by the crowd response at Donald W. Reynolds Razorback Stadium, which resulted in a punishment being imposed on his team after the shock victory against a longtime Southwest Conference foe.

The two institutions have had a rivalry dating back to their days as the defunct Southwest Conference members.

The victory gave Arkansas its first 2-0 start since 2016 and propelled the Razorbacks from unranked to No. 20 in the Associated Press poll.

RELATED ARTICLE: Know Everything About Your Favorite Game: Skate 3