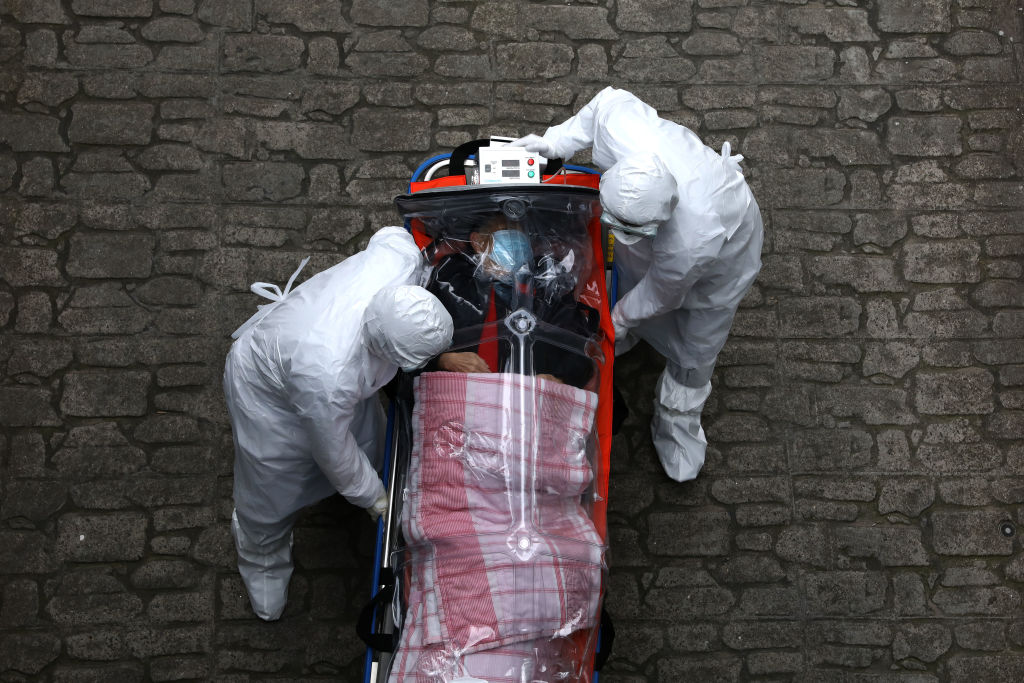 SEOUL, SOUTH KOREA - MARCH 09: Medical staff, wearing protective gear, move a patient infected with the coronavirus (COVID-19) from an ambulance to a hospital on March 09, 2020 in Seoul, South Korea. The South Korean government has raised the coronavirus alert to the "highest level" as confirmed case numbers continue to rise across the country. According to the Korea Centers for Disease Control and Prevention, 69 new cases were reported on Monday, with the death toll rising to 53. The total number of infections in the nation tallies at 7,382, the highest outside of China. (Photo by Chung Sung-Jun/Getty Images)

A woman target of a QAnon-led harassment campaign against a Chicago hospital after QAnon followers requested that her COVID-19 diagnosis be treated with ivermectin has died.

Newsweek said Veronica Wolski, a prominent QAnon supporter known for hanging posters from a bridge in Chicago, died in the early hours of Monday morning after spending weeks in the hospital with COVID-19.

Lin Wood, a conspiracy theorist and one of QAnon’s most powerful followers, announced her death on Telegram. Wood earlier encouraged his 814,000 Telegram followers to call the Amita Health Resurrection Medical Center and demand that Wolski be treated with ivermectin rather than FDA-approved medicines or vaccinations.

Following news of Wolski’s death, tributes were given to her on other QAnon telegram groups and on Twitter. Just hours before her death, Wood uploaded a video on YouTube. He requested that she be freed from the hospital, saying that the person on the other end of the telephone would be charged with murder if she did not.

Wood also accused the hospital of “medical murdering” Wolski by refusing to treat her COVID-19 with ivermectin. Late Sunday night, the QAnon icon talked with Wolski’s attorney. Amita Resurrection Hospital and its medical professionals would be “complicit in murder” if they did not promptly release Veronica to get the medical care she needed needs, he said.

Wood posted the hospital’s phone number once again, urging his millions of followers to call and “let his hospital hear your voices NOW.”

Sidney Powell, who, along with Wood, attempted to claim the 2020 election was rigged with the widely dismissed “kraken” lawsuits. Former national security adviser Michael Flynn were among the prominent QAnon supporters. They encouraged their followers to harass hospital staff into treating Wolski with ivermectin. 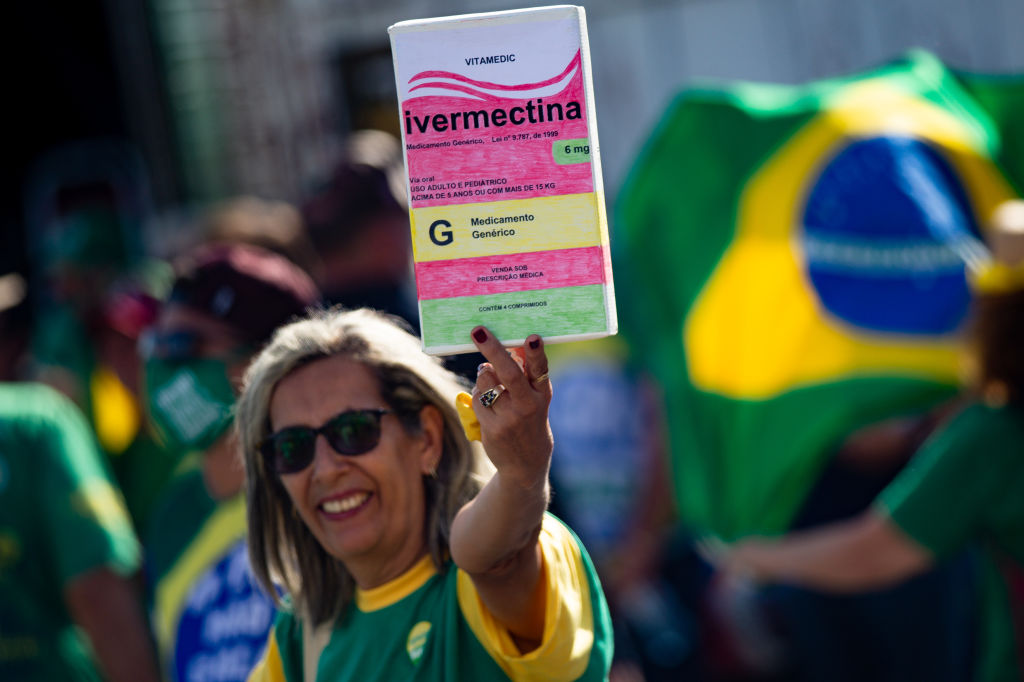 BRASILIA, BRAZIL – MAY 15: A supporter of President of Brazil Jair Bolsonaro holds a large box of box of Ivermectin, used by many people treat COVID-19, during a protest organized to show support to his government at Esplanada dos Ministérios on May 15, 2021 in Brasilia, Brazil. Bolsonaro currently faces a parliamentary investigation over Coronavirus pandemic response. (Photo by Andressa Anholete/Getty Images)

While Wolski was fighting the virus, which she got after boasting for never wearing masks or taking the vaccine, Wood and other prominent QAnon figures urged their followers to call the hospital and insist that Wolski be treated with ivermectin, an anti-parasitic medicine used in both humans and livestock but not for COVID.

Olga Solares, the spokeswoman for Amita Health Resurrection Medical Center, confirmed to Newsweek that Wolski died of COVID-19. However, the spokesperson refused to give more details.

Solares acknowledged she was aware of the QAnon supporters’ campaign in a prior statement to the Chicago Sun-Times without explicitly addressing it.

“At AMITA Health, our first priority is the health and safety of our patients. Our physicians and clinicians follow the full guidance of the U.S. Food and Drug Administration and the U.S. Centers for Disease Control in the treatment of COVID-19,” Solares said.