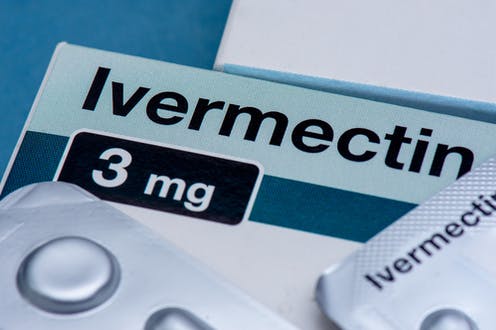 Ivermectin, an antiparasitic medication, hasn’t been proved to treat Covid-19. But it’s flying off the shelves in the United States. Anti-vaccination activists and certain conservative organizations are touting it as a miraculous treatment. Some individuals are self-medicating with strong, foul-tasting veterinary versions of the medication used to deworm horses and cows, and phoning poison control centers after being overwhelmed by the dose. And its popularity has grown even though several conservative media personalities who promoted its advantages have died as a result of Covid-19.

The surge in interest in Ivermectin, which prompted the Food and Drug Administration to issue a warning in a tweet, is the latest example some countries failed on how to deal with Covid-19. However, as a phenomenon, its growth has specific characteristics. Endorsements from so-called experts highlighted the loss of confidence in institutions or authority outside one’s political or cultural in-group. As a result, the problem isn’t so much teaching people science as it is restoring our society’s social ties.

Ivermectin is a parasite treatment that is extensively used in both people and animals. It does have antiviral properties at extremely high dosages, as noted by Dr. Ryan Marino, a medical toxicologist for NBC News THINK. However, these levels are too high for safe usage in humans. Ivermectin has been studied extensively, and researchers have repeatedly concluded that it neither prevents nor successfully cures Covid-19. Furthermore, research claiming that it is helpful in the treatment of Covid-19 has been debunked.

Physician who prescribes ivermectin to inmates to treat COVID-19 is now under investigation. (Photo: Medpage Today)

Marino said the few studies that indicated Ivermectin had any meaningful benefit were withdrawn due to fraud. The same discredited Surgisphere server — a data sharing and analytics firm that came to prominence early in the epidemic — that disseminated bogus hydroxychloroquine research also shared a phony ivermectin article sparked the current frenzy. Although that article and Surgisphere are no longer in existence, the harm has been done. Another well publicized ivermectin research, which claimed to show more effectiveness than virtually any other medical intervention in recent history, was discovered to be false and withdrawn. But only after it had been widely disseminated online.

ALSO READ: Ivermectin: Arkansas Inmates Not Told They Were Given Anti-Parasitic Drug

Why Is Ivermectin Popular?

Experts attributed Ivermectin’s popularity to an “epidemic of science denial.” But it’s important to remember that it is a serious drug whose efficacy against Covid-19 has been studied. That false information is posing as a serious scientific study was published and widely disseminated on the internet. To put it another way, the debate over Ivermectin is nothing like the previous president’s idea. Some individuals might inject disinfectants to protect themselves against the coronavirus. Instead, comments endorsing Ivermectin may have a ring of truth to people who have been burned by false research and are looking for an alternative to vaccines.

The fact that these papers were retracted and a large server hosting one of them was taken down may, ironically, add to their appeal among anti-vaccination activists, who are prepared to think that “the medical establishment” is trying to keep alternative vaccines hidden. According to conspiracy theory experts, some vaccination skeptics think the government is attempting to conceal alternate therapies for Covid-19 because it benefits from vaccinations. Naturally, the government does not profit from vaccinations, and it has no influence over what is published in scientific publications. However, for those who believe in vaccination conspiracies, the removal of a seemingly important piece of evidence confirming their worldview – that vaccines aren’t required — reinforces their distrust of conventional authority.

To summarize, neither credible scientific research nor credible medical professionals support Ivermectin as a Covid-19 treatment. Still, its fame is boosted in part by the presence of scientific support in political and social spirals where people distrust the government’s public health guidance.

This is significant because it indicates that anti-science sentiment isn’t the sole factor in vaccine-resistant societies. Even among individuals on the outside of conventional medical ideas, there is a need for technical information, insider knowledge, and some sort of competence. The desire to opt out of conventional public health standards, as shown by the popularity of these doctors organizations and huge Facebook groups like “Ivermectin MD Team,” does not mean that everyone opposed to vaccinations is unaware of the risks of Covid-19. It implies that there is a quest for an alternative to government-backed vaccinations, which necessitates relying on sources with apparent ideological legitimacy.