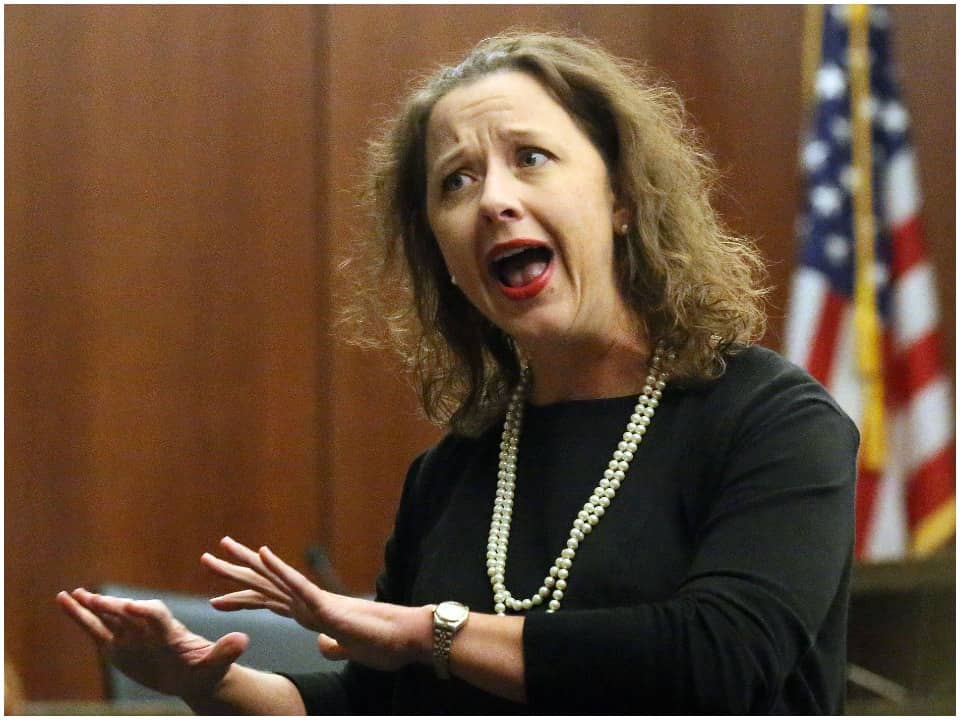 Former District Attorney Jackie Johnson turned herself in at the Glynn County Sheriff’s Office on Wednesday morning. She had served as DA for the Brunswick Judicial Circuit for a decade. At $10,000, the bond was set but she was then released on her own recognizance.

The DA was arraigned for misconduct for her overseeing of the Ahmaud Arbery case. Upon being booked at a Georgia prison on Wednesday, she was then released. She was not required to pay a cash bond.

Last week, a grand jury charged Johnson, 49, on a felony arraignment of misdemeanor count of obstructing police officials and contravening her oath of office.

Th former DA was accused of attempting to postpone the seizing of the white men indicted for murdering black jogger Ahmaud Arbery.

The 39-year-old, having had been district attorney since 2010, lost a re-election bid in November 2021. This was after calls for her dismissal due to her overseeing of the said case.

On Thursday, a grand jury charged the ex-Brunswick Judicial Circuit prosecutor on two counts. This was after an interrogation by the GBI incited by Georgia Attorney General Chris Carr,

On Feb. 23, 2020, the day of the shooting, the arraignment indicates she allegedly ordered two Glynn County police officers not to take Travis McMichael into custody. McMichael is reportedly the suspect who shot and killed Arbery, reported The Atlanta Journal-Constituion.
According to Johnson’s indictment, the “accused violated the above provision of her oath of District Attorney by showing favor and affection to Greg McMichael during the investigation into the shooting death of Ahmaud Arbery,” reported WGXA News.
Related Article: Arkansas COVID-19 Deaths: How Families Cope With the Unprecedented Loss of Their Family Members
Post Views: 771
In this article:Ahmaud Arbery,Ahmaud Arbery Case,Former District Attorney,Jackie Johnson