One person from Utah has died from the West Nile virus. (Photo: Pixabay) 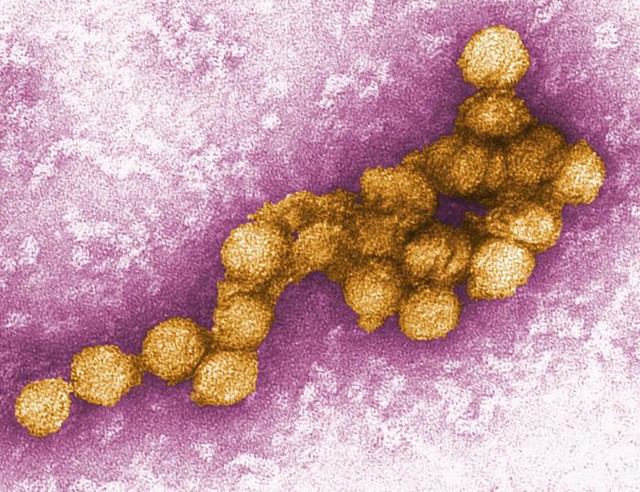 One person from Utah has died from the West Nile virus. (Photo: Flickr)

The West Nile virus has resulted in the death of one Utah citizen. According to the Utah Department of Health (UDOH), at least 11 individuals are infected.

The death transpired in the Weber/Morgan health district. There is no information yet regarding the victim who passed away.

According to Utah health officials, the northern Utah resident on Wednesday was confirmed to have been infected with the West Nile virus. Thus, this marks the first fatal case of the virus in Utah in 2021.

The UDOH stated at least 11 residents of Salt Lake, Davis, and Weber counties have contracted the virus. It is spread through mosquito bites. An estimated one in 150 develop a serious disease that adversely impacts the central nervous system. Around 1 in 10 dies among individuals who develop the neuroinvasive form of the illness. These are despite most people diagnosed with the virus do not develop symptoms, reported The Salt Lake Tribune.

Read Also: Dr. Fauci Supports Vaccinations as a Requirement in US Schools

Utah averages an estimated dozen cases yearly, according to a published article in Elko Daily. The UDOH has merely divulged that the victim who died was a local within the Weber-Morgan Health Department district.

According to Utah Department of Agriculture and Food officials on Tuesday, the West Nile virus has also been discovered in nine horses and seven birds. Seven of the diagnosed horses were in Weber County. One horse in Salt Lake County and another horse in Box Elder County also tested positive for the virus.

Nine of the 11 individuals from Utah who have been transmitted the West Nile virus have the neuroinvasive type. Another five individuals are awaiting confirmation if they are diagnosed with the virus.

The report of the UDOH was updated in the course of the week ending on the 28th of August. It was underscored that 506 of the over 5,000 mosquito pools evaluated this 2021 have returned with mosquitoes containing the West Nile virus. Two hundred eighty-one of the pools have been situated within Davis County. Another 192 mosquito pools have been discovered in Salt Lake County.

Related Article: Arkansas COVID-19 Deaths: How Families Cope With the Unprecedented Loss of Their Family Members

Post Views: 798
In this article:Mosquito,Utah,Utah Department of Health,West Nile Virus