The parents of an Ashdown adolescent are suing Arkansas Children’s Hospital in Little Rock, alleging negligence in the treatment of their son, who died of a brain damage following an ATV accident last spring.

According to the complaint filed Monday in Pulaski County Circuit Court, 14-year-old Cedrick Harris Jr., often known as CJ, sustained a traumatic brain injury on March 23. Arkansas Online said the ATV he was riding on as a passenger flipped. The vehicle pinned his head underneath it. After a lesser hospital decided that a skull fracture and brain bleed were outside its treatment area, Harris was flown to Arkansas Children’s Hospital. 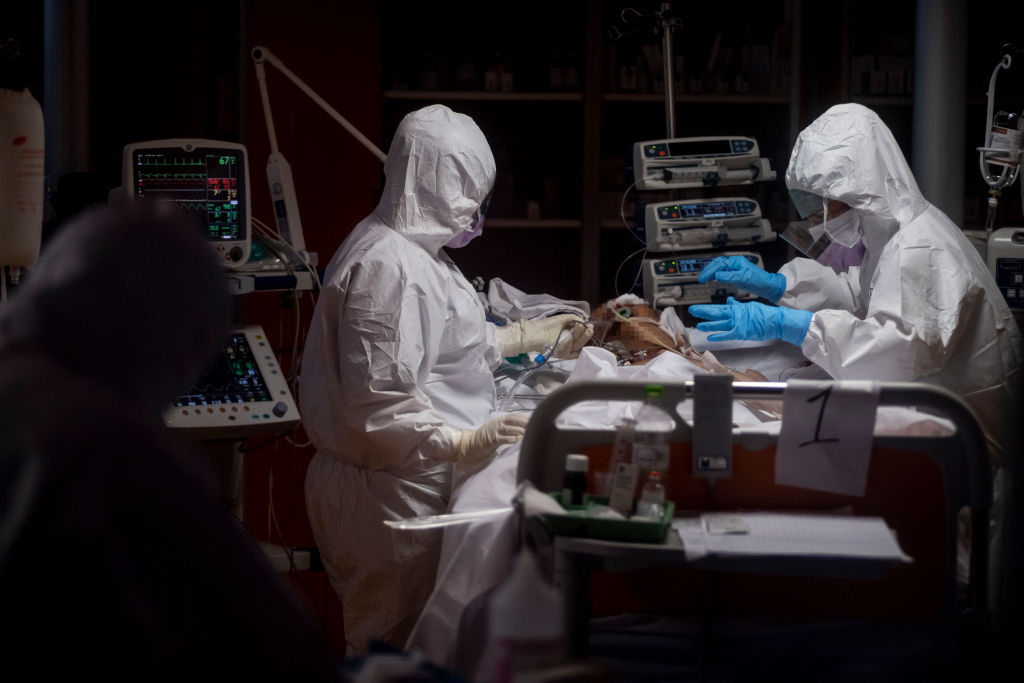 ROME, ITALY – MARCH 26: (EDITORS NOTE: Parts of this image have been obscured for privacy reasons) Doctors treat COVID-19 patients in an intensive care unit at the third Covid 3 Hospital (Istituto clinico CasalPalocco) during the Coronavirus emergency on March 26, 2020, in Rome, Italy. Hospitals in Italy are under increased pressure as they battle to treat those who have contracted COVID-19. The Italian government continues to enforce the nationwide lockdown measures to control the spread of COVID-19. (Photo by Antonio Masiello/Getty Images)

Arkansas Children’s Hospital “Did Not” Give Proper Treatment To Patient

Parents Marie Ferdinand-Harris and Cedrick Harris Sr. claimed their son got inadequate treatment at Arkansas Children’s Hospital, including being transferred out of the pediatric critical care unit to a rehabilitation floor when he couldn’t speak or move on his own and was suffering from terrible migraines.

KATV, citing the complaint, said CJ was removed from critical care, put in a regular room, and then transferred to rehab while still in excruciating agony. Marie said CJ had to undergo physical rehabilitation sessions when he can’t even hold his head up, can’t even open his eyes. Marie said she was sitting there in amazement because the hospital is a place she placed her faith in.

Marie says in the complaint that she requested an MRI for her son on numerous occasions, only to be refused because CJ’s braces could make the images illegible.

According to the complaint, CJ’s condition worsened, and by the time an MRI was eventually done, it was too late. On March 31, CJ was declared dead.

Following CJ’s death, his parents filed a lawsuit against the hospital, its insurance company, and three neurosurgeons. Marie said she would never want another family to go through what they did.

Cedrick, CJ’s father, said he is just hoping that CJ’s case would put some light on what occurs within those halls because that’s how you save lives.

Arkansas Children’s Hospital issued a statement Tuesday morning stating they don’t comment on ongoing litigation but send their “heartfelt sympathies” to the Harris family as they mourn their son’s loss.