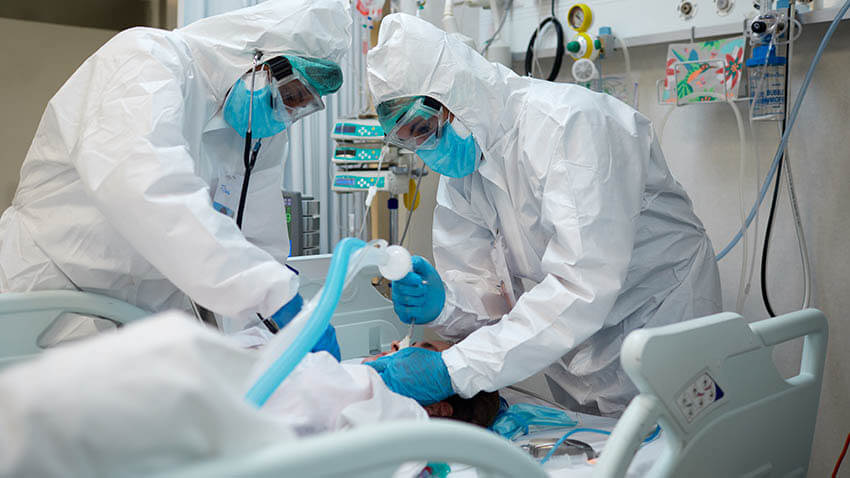 Hospitals in Arkansas have placed a total of 17 COVID-19 patients on ventilators, which is a new high this year. Healthcare workers noted an all-time high of 361 people on ventilators as of writing. 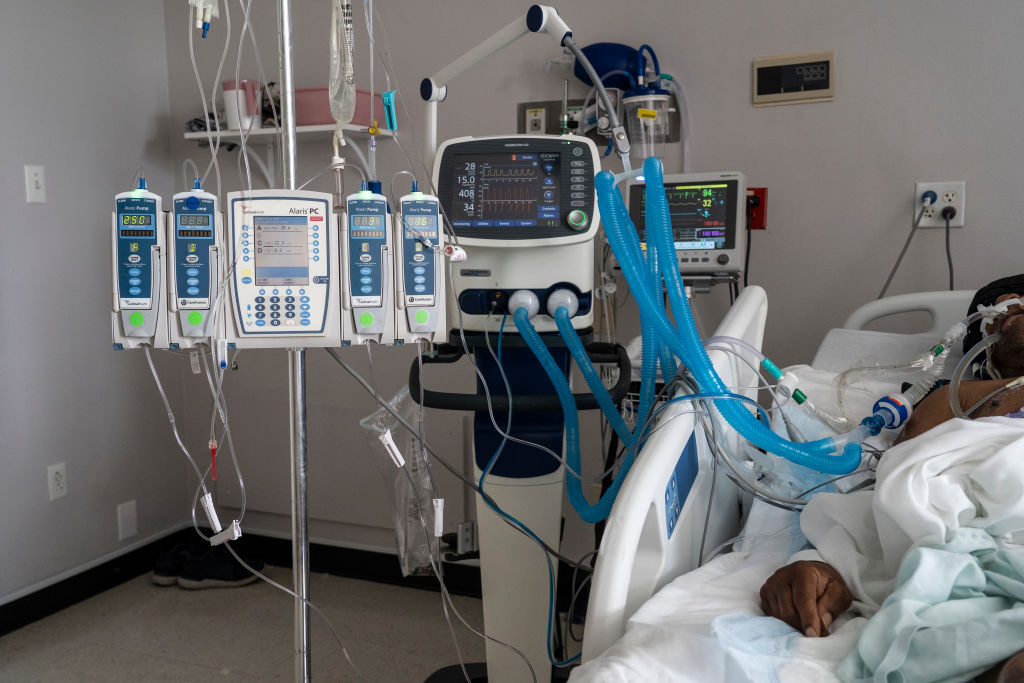 HOUSTON, TX – JULY 2: (EDITORIAL USE ONLY) A patient is connected to a ventilator and other medical devices in the COVID-19 intensive care unit at the United Memorial Medical Center. (Photo by Go Nakamura/Getty Images)

Meanwhile, UALR said COVID-19 hospitalizations in the state decreased by 45 to 1,212. COVID-19 patients in critical care units throughout the state number 531. The department has only 19 ICU beds available, but it’s unclear how many are prepared for COVID-19 patients. In September, Gov. Asa Hutchinson announced that the state’s hospitals would build 64 intensive care units (ICUs).

Gov. Asa Hutchinson noted this concern in his weekly press briefing. He added that the current situation shows the severity of the Delta variant and their medical staff’s challenges.

The Delta variant, which is more easily transmitted, currently accounts for 99.3 percent of all COVID-19 cases in the state. Arkansans under the age of 18 account for roughly a third of the state’s 22,422 current cases.

Baptist Health, for example, finished the first phase of its expansion on August 25, adding 33 additional intensive care units and 124 medical surgical beds. Within 12 to 24 hours of opening, the ICU beds were completely full. Baptist Health Medical Center in North Little Rock also opened 12 other COVID ICU beds. Nine of them are still accessible at mid-shift.

Baptist Health’s president and CEO Troy Wells said the demand for intensive care units (ICUs) continues to be very high, which will be really beneficial.

The said hospital plans to build eight additional ICUs to its Fort Smith hospital and eight ICU beds to its Conway facility. Officials are also considering expanding capacity in the newborn intensive care unit. They noted the frequent bed shortage.

As authorities prepare for a continuing spike in cases, hospitals are expected to open another 64 intensive care units throughout the state in September.

Wells said they have seen a lot of preterm infants. He explained that unvaccinated women give birth to their kids early. Hence, he said the baby requires a neonatal critical care bed when they would have gone full term otherwise.

Meanwhile, Health Secretary Dr. José Romero said the number of COVID-19 cases among children has risen substantially in the past two weeks. He predicts that more people may acquire more serious diseases with more instances, putting a strain on the state’s critical care system for children.

He believes that it is critical to safeguard children by vaccinating those who are eligible and promoting masks at all times.