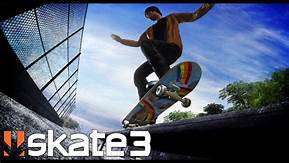 Skate 3 is a skateboarding video game. EA Black Box does the development of this game, and Electronic Arts have published it. Skate 3 was released in May in the year 2010 all over the World for PlayStation 3 and Xbox 360.
This game can be played by a single player as well as multiple players at a similar time. 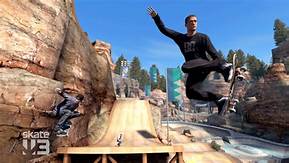 The plot of this game

The player in this video game would be attending the Port Carverton University. After a failed attempt to ‘Jump the Shark,’ a Thrasher challenge at the stadium, their further objective would be to be a skateboarding mogul by creating a team composed of skaters such as them. Their goal would be to sell over a million boards while doing similar odd jobs around Port Carverton. When one million boards are sold, players can wear new clothing styles for their skater, and therefore, the plot ends there.

Features of this game

The players can form teams and rise to become a skate industry mogul by selling boards. The player can finish their online challenges and create skate parks along with downloading the graphics. Whatever skaters do, gets counted in the progression of the game.

This part brings new cities for the players to do skateboarding. There would be dark slides, under flips, and an all-new state mecca.

All-new skate school would teach-ins and outs of skating. This is a new place where the player can access at any time to gain knowledge about skating and improvise his skills.

The all-new game has received quite good comments and reviews. The people have found it an easy-to-understand and well-maintained game. People are enjoying a wide variety of tricks provided by the game. Skate 3 has received a great amount of love from the audience.