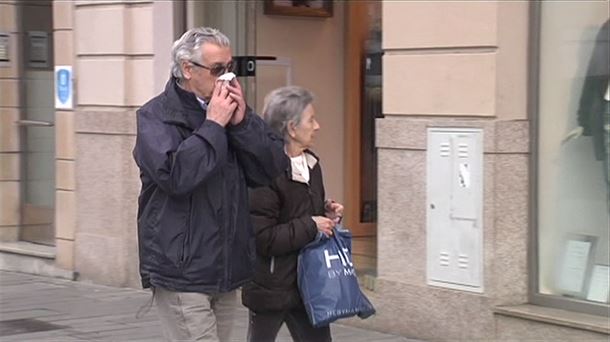 The University of Navarra Clinic has launched a mobile application that detects early outbreaks of respiratory infection .

This app is the result of a study promoted by the CUN, and consists of the electronic monitoring of cough, recording the sound and thus converting it into spectrograms.

Cough is an early symptom of different respiratory diseases, not only of the coronavirus, and that is why the idea is to detect changes in the cough pattern so that it serves as a form of early diagnosis of diseases such as tuberculosis, pneumonia or flu, says Juan Carlos Gabaldón , researcher at the University of Navarra and coordinator of the study.

The work is carried out thanks to the HyfeApp mobile application , which runs in the background on the mobile phone and records sounds compatible with coughing episodes.

The application records 0.5-second audio segments , so “at no time does it record complete words or conversations,” says Gabaldón, and explains that when it detects a loud sound, the app analyzes it using an artificial intelligence algorithm that indicates whether or not the sound corresponds to that of the cough.

To do this, the algorithm creates a spectrogram that, if it matches what the system has classified as cough, saves it as a record of cough episode. The application only saves that record; “the cough is not recorded even on the servers,” he clarifies.

For the main researcher, Carlos Chaccour , HyfeApp will allow each person to keep a record of their own cough and the episodes they suffer and thus assess whether it may be a sign of incubating a virus, information that “in no case” replaces medical assistance or diagnoses a disease.

The objective is to study the usefulness of the application and see if, in the future, it can be integrated into other epidemiological control measures, so that if changes are observed in the cough pattern in a neighborhood, for example, it can be warned to the health system and decide, for example, whether to do diagnostic tests, such as a PCR.

This pilot study, in which the Research Center of the Montreal University Hospital (Canada) collaborates , is going to begin in Cendea de Cizur (Navarra), with a population of 3,800 inhabitants, and whose city council wants to help it become better known how they affect respiratory diseases, especially now COVID-19 , and how to detect them as soon as possible to minimize their spread.

It is about a City Council that, according to its mayor, Rafael Ansó , is being a “pioneer at the national level” not only for this project, but also for the seroprevalence study that it carried out with the Hospital Clínic de Barcelona last June.