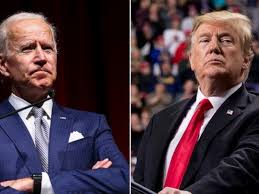 On Tuesday, November 3, the process of the presidential election in the United States that will determine who will govern that Nation for the period 2021-2025 takes place.

How is the President determined in the United States?

The presidential election system in the US is indirect or second degree, the population of that country does not decide directly for its candidate for president, but rather is decided by a group of Electors (538 in total) distributed throughout the United States.

How are Voters elected?

Although the voting population on the ballot points to the candidate of their choice, they are actually voting for the list of Electors, which were proposed by each party in all the states of that Nation, and these voters commit their vote, in case of being elected.

Therefore, each state has an Electoral College, whose number varies according to the size of the population, but in total they gather 538 electoral votes; for example, California has 55 voters, New York with 29, Washington with 3, and so on until it has 538 voters.

Who really chooses the president in the US?

Once the 538 voters are elected, they meet in their respective Electoral Colleges in the 50 states, being they who directly decide for the president of their country.

The truth is that with this mechanism, the majority of the popular vote would not necessarily ensure the presidency to the candidate with the most votes, since each voter is not obliged to vote, so they can vote for the candidate of their choice, regardless of which party. has proposed or the candidate who has obtained the highest vote in that territory.

In the United States Constitution and the Fourteenth Amendment, only exceptions, filters, are established to choose Election Officials, among which they cannot be senators, representatives or persons with a position of trust in the United States, as well as Whoever has been involved in an insurrection or rebellion against the country and who has not provided aid to countries determined to be enemies of the United States.

The remainder does not establish another impediment to being elected or disqualified as a voter.

In 2016, the current president of the United States, Donald Trump, obtained almost 3 million fewer votes (2,8 million) than his opponent Hillary Clinton, however the voters did not vote as promised, and decided in favor of Trump as president for the period 2017-2020.

To be president of the United States, 270 or more electoral votes of the existing 538 must be gathered. If a candidate wins, for example, with 50,1% of the electoral vote of the 29 Electors who correspond to New York, the same candidate will be given all the votes, that is, all 29.

The presidential election system in the US is far from being an example for the world, since its population is not really voting for the presidential candidate, but rather they make their decision subject to the determination of an Electoral Representative who is not obliged to reflect what the majority decided.

A very eloquent mechanism for the system of that country to ensure that said presidency would never be in the hands of what they consider insurrectionary to the imposed system or promoters of any rebellion against the economic elites that hold real power in that country.

The two-party system in the United States concentrates the power of the nation in the Democratic and Republican representatives, these in turn respond to the policies and directions emanating from the economic lobby that financed his candidacy. That lobby or power is what is called “The Deep State“, which essentially goes in the same direction, although it can vary in its forms.

For the November 3 elections, two candidates are vying for the presidency in that country, Donald Trump for the Republican Party and Joe Biden for the Democratic Party.

Donald Trump He is opting for his re-election as president, and draws harsh criticism for his confrontational policies, without masks, clearly showing the reality of a system that institutionalizes racial discrimination and has allowed the rise of supremacist groups that support repressive actions by the State ; as well as its conflict with historical allies, such as Europe, NATO, and matters of great interest such as China, Iran, Venezuela and Russia.

Likewise, his opponent has selected as a point of attack the handling of the pandemic that has claimed the lives of almost 230 thousand human beings in the United States and has infected about 9 million. However, many analysts agree that, if Covid did not exist, it would be unthinkable that Trump could lose the presidential elections, internally, the wages of the poorest workers grew by 4,7%, confidence in small companies recovered , and now GDP grew 7,4% in this third quarter at an annualized rate of 33,1%, data that has been useful in the Trump campaign.

The Democratic candidate, who was vice-president during the Barack Obama administration, has been internally critical of Trump’s racist policies, he has promised greater income to the treasury by placing taxes on the richest, ending with the wage gap between men and women; and a change in policy against the pandemic that plagues the American people.

Internationally, this candidate is a great believer in the US intervention policy, but at the same time he proposes to wash the face of his country by returning to the climate agreement, improving relations with Europe and other members of NATO, as well as reviving the Agreement with Iran. Some analysts agree that these promises cannot be fully fulfilled.

As clarified, not necessarily the majority of popular votes will be what will guarantee the presidency to the winning candidate, but rather what the 538 electoral representatives determine. Now, different polls give as the virtual winner the Democratic candidate Joe Biden.