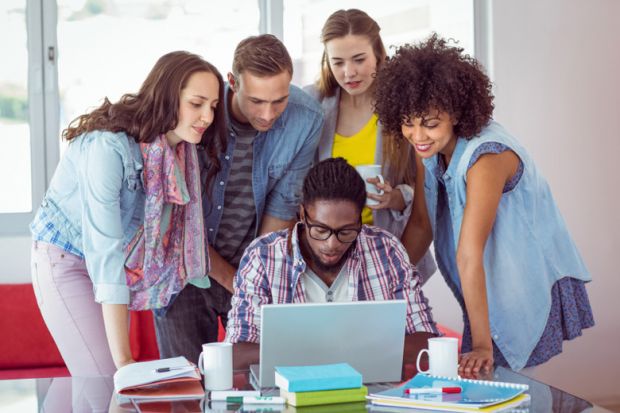 They both went to a municipal school full time Now I have to spend 400 reais ($ 79) a month to pay the neighbor who takes care of them, ”he laments. This same neighbor takes care of eight other children at home, says Gil, as she prefers to be called. He also says that he asked his children’s school when it will reopen, but they have not given him any information.

According to the latest quarterly balance of the Municipal Secretary of Education, in September at least 6,670 children were waiting for an infant education place in the city, 2,448 of whom asked for a specific school. The closure of almost all municipal early childhood education centers due to the pandemic has even harmed those who already had a place and has overburdened mothers.

“In public transport, I have seen mothers taking their children to work, but I cannot. If I only had one or if they were smaller, I may have done it, ”says Gil, who, despite the fear of contracting the coronavirus, only stayed home for 25 days, right at the beginning of the quarantine.

He always works with a mask and gloves and says that he uses a lot of hydroalcoholic gel during the workday. “I am very afraid. Even if the schools and kindergartens reopened, I think I would not take my children. There are children who go and get sick, ”he says.

According to pediatrician Ana Escobar, there must be a strong movement that demands from politicians a safe plan to return to classrooms in public schools, with minimal conditions. “Ensuring soap, paper towels and ventilation in classrooms is essential,” he says.

For the doctor, it is necessary to reorganize the classrooms so that there is more distance between the students and recommend that all children over two years of age wear a mask.

“Perhaps the most difficult thing, as incredible as it may seem, is sanitizing the facilities after each class and sanitizing the children’s hands with soap, water and paper towels. That has to be done in all schools, ”he says.

The pediatrician explains that, as studies show that children who contract COVID-19 have milder symptoms and their transmission rate is not high, parents and family members should not fear going back to the classroom. “By adopting safety measures in schools, we can also ensure the safety of families and teachers,” he says.

After-school classes for kindergarten and primary school students are authorized in São Paulo capital from October 7. The municipal protocol for returning to classrooms determines a capacity of 20% of the students per shift (morning or afternoon); foresees the use of personal protective equipment (PPE) and establishes a maximum stay of two hours a day. Attendance is optional and the decision to reopen the doors was made by the Councils of each school, made up of teachers, management, students and families.

São Paulo has about 4,000 municipal schools and all of them can open following these rules. According to the São Paulo City Council, only 34 of the approximately 3,000 municipal nurseries are open for in-person extracurricular activities, which represents only 1.1% of the units.

The decision to reopen depends on each center and also on the demand, which would be small. Many fathers and mothers, like Gilvanete, still fear leaving their children in nurseries and schools.

Those who can’t afford a babysitter or informal daycare juggle logistical tasks to reconcile childcare with work. This is the case of Raíssa, 38, who works in an administration office and has an 11-year-old girl.

“I am divorced and I went back to work in person in August. I made an appointment with the father of my daughter that she would stay two working days with me and three with him. But he has caught covid-19 and is in the ICU, “he said at the end of November. She had to enlist volunteer friends and family to care for her daughter while she was at work. “My life is a real mess,” he says.

Although the pandemic has aggravated the situation, the lack of places in municipal nurseries has been a chronic problem in the city of São Paulo for years. They were insufficient before the pandemic and statistics have shown another side of social inequality.

According to the Early Childhood Inequality Map, from the organization Red Nuestra São Paulo, the average waiting time for a place in a nursery school in the Grajaú region, one of the poorest districts of the city, is up to 153 days . In wealthy neighborhoods, such as Pinheiros and Consolação, this wait varies between 50 and 115 days.

Mayor Bruno Covas, recently re-elected, promised to eliminate the waiting list for nurseries in 2021 by creating 50,000 new places, following the strategy of buying them in private schools. For children from 0 to 3 years old who are still waiting for a place, and who come from socially vulnerable families, the City Council offers a subsidy of 200 reais (40 dollars).