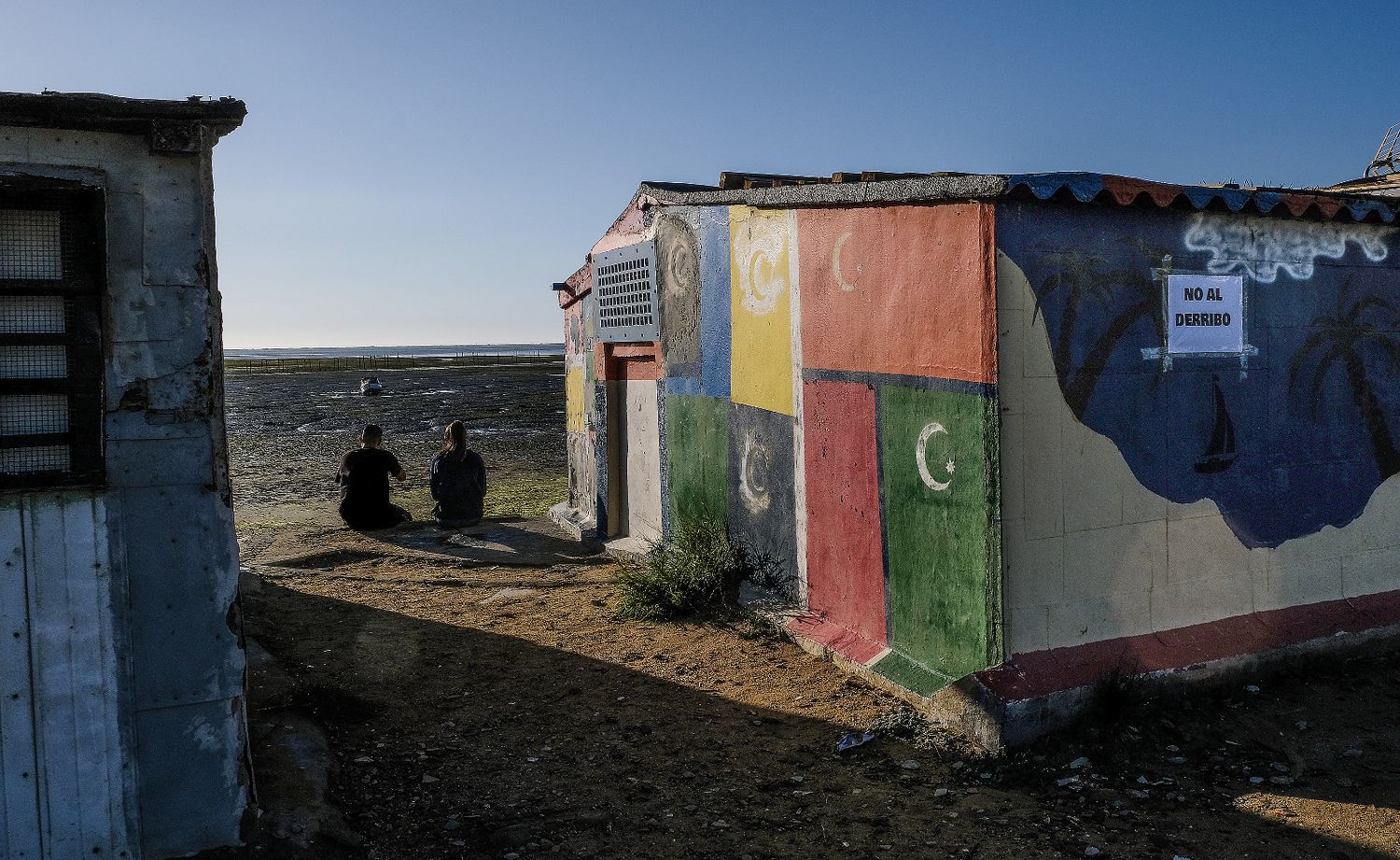 Under the ramshackle doors of the fishermen’s huts in La Casería, some constructions built with scraps of tin and wood in the first half of the 20th century in this popular neighborhood of San Fernando (Cádiz), a week ago something began to slide more than the water of high tides.

The owners of these colorful houses received letters from the Western Andalusian Coast Demarcation that set the clock ticking: eight days to justify with documentation that they have the right to occupy that piece of public domain and 10 to vacate.

According to Patricio Poullet, head of the Coastal Demarcation of Western Andalusia, with those 61 files of possession recovery destined to 59 booths and two beach bars it is intended to “lift those illegal occupations”, built on a coastline of about 200 meters, at the foot from an area of ​​marshes in the Bahía de Cádiz Natural Park that is flooded with each tide and that carries the sea to the feet of these improvised ships.

However, these letters have put this neighborhood of 8,500 residents on a war footing to defend some booths that are considered iconic here.

It is neither a new war nor is it the only workhorse that the Cadiz Administration has with old constructions that invade the public domain decreed since the 1988 Coastal Law.

The Western Andalusia Coasts Demarcation, dependent on the Ministry for Ecological Transition , has In recent times its fence around this type of building has been redoubled as a result of the proven impact that climate change can have on rising seas. “We handle predictions of sea rise between 60 centimeters and one meter in the area in the next 100 years,” says Poullet.

But in La Casería the rising water is not so concerned as losing a kind of ethnological heritage, halfway between popular identity and the testimony of a past so impoverished that it was built using recycling. “I am 45 years old and I remember it. It has been a very symbolic site.

Over the past few years, the colors have made it quirky. More and more comes out in video clips or movies. It has acquired that alternative cultural halo. But beyond the exotic, they are people who are dedicated to fishing, “says the mayor of San Fernando, Patricia Cavada (PSOE), caught in the center of a controversy that has forced her to position herself.

The narrow alleys of La Casería are not even paved; hopefully, some broken hydraulic tiles make up a peculiar mosaic. Old bottle plates serve as rivets for tin cans, crushed to compose walls in which the same planks of old boats are mixed with pieces of antique furniture.

Everything is painted in bright red, yellow, green or blue in a fashion started by Bartolo Muñoz, manager of La Cantina del Titi , one of the two beach bars in the place. The area is so facing the sea that when the high tide reaches its peak, the water stays at the doors of the huts and even floods some of its improvised alleys at specific moments of spring tides.

Muñoz has been able to use what can be a setback in a real claim, by taking advantage of the rise in summer water so that his clients eat with their legs soaked. But Poullet does not see it as idyllic: “What he wears is prohibited by law. The last 15 meters cannot be occupied […].

With climate change and the increase in storms, the rise in sea level or change in the direction of waves, the policy is to protect the coast or withdraw from illegal occupations ”.

Muñoz recalls that his aunt opened the canteen in 1934 to serve fishermen and workers from a nearby quarry, now converted into three huge residential towers visible from much of the bay . One of those local sailors was the grandfather of José María Domínguez, today the owner of the El Loco booth, where an SOS flag has been flying for days.

“This was created with the permission of the Navy Command. I have documentation that defends that a tribute was paid here in 1967 of 330 pesetas ”, explains the islander, who today uses his ship as a place to meet his family in the open air