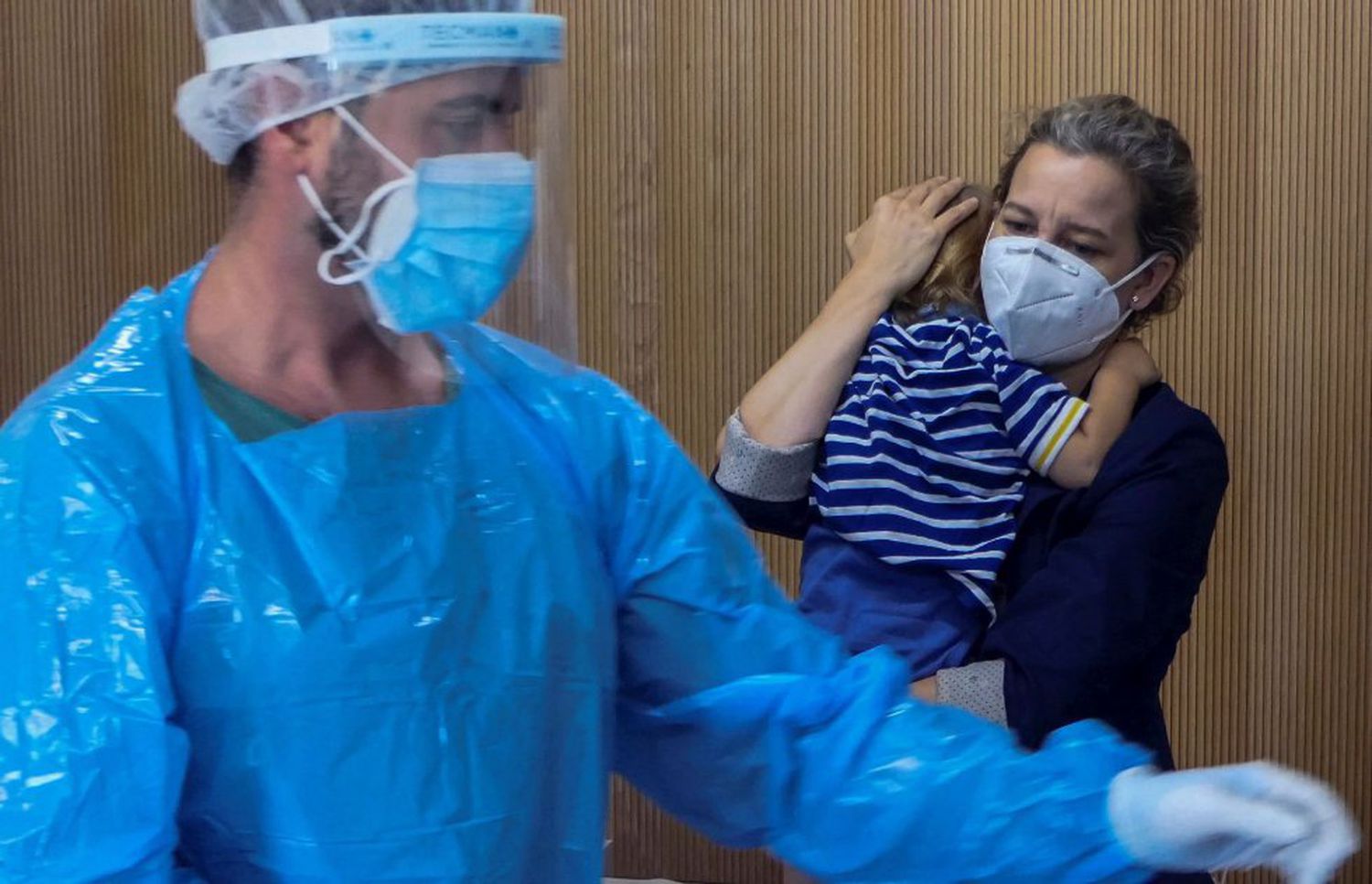 Only 8% (86 cases out of 1,081 analyzed) of pediatric patients with a confirmed diagnosis of covid-19 , between July 1 and October 31, were the transmitters of the covid infection to the rest of their family members , according to the Pediatric Covid study in Catalonia.

Joining efforts to respond to covid-19 , carried out by the Vall d’Hebron hospital in Barcelonafrom 1,081 pediatric patients with a positive PCR and 3,515 family contacts diagnosed between those dates and which will be sent before December 15 for publication.

The research, which has had the participation of more than a hundred pediatricians from hospitals and primary care centers, also indicates that 47% of pediatric patients with covid (a total of 506) are asymptomatic.

A first part of this study, presented in August with data between March 1 and May 31 (in full confinement), indicated that 3.4% of pediatric patients with confirmed COVID-19 were transmitters of the virus within of his family nucleus.

The data for now include the summer months and the first seven weeks after the start of schools, after the de-escalation and in the new normal phase, therefore, the children had many more social contacts.

Unlike what happened in the retrospective part of the study, in the prospective part, when it was detected that the minor was positive, contact tracing was started immediately, which was also carried out by the children’s bedside pediatricians.

“The prospective study reaffirms that children are less transmitters than adults in the home environment, as the first part pointed out,” Dr. Pere Soler, head of the Pediatric Infectious Pathology and Immunodeficiencies Unit of the Vall explained to EL PAÍS d’Hebron.

“Now we see that the free movement of children and the return to schools have not led to greater transmission of the virus,” adds Soler, who is also head of the research group on Infection in Immunosuppressed Pediatric Patients at Vall d’Hebron Research Institute (VHIR).

Soler has specified that the idea of ​​the study arose in April, when it began to be seen that children were not relevant transmitters of the coronavirus, as happened with the flu. “The intention was to show that schools could open in September”,

From there, they spread the project among a very important base of pediatricians from different centers (Hospital de Mar, Can Ruti, primary care doctors, from clinics like Dexeus or Quirón …), who collected the data every time they they saw a case of a positive child and noted the follow-up for 14 days.

In this second part of the study, in 783 of the cases (72.4%), another member of the family was identified who clearly had symptoms of covid diagnosed before the minor and in direct contact with him.

Only in 86 cases (8%) was it determined after the contact study that the pediatric patient had transmitted the virus to other members of his family. However, in 55 additional patients, the index case was another minor in the family (5%).

“In 73% of the cases, it was seen that when the child was diagnosed, an adult from the family nucleus was already positive,” explains Soler. There is a percentage of around 15% in which the direction of infection could not be established:

“This is because either the child did not infect anyone and, therefore, there is no case; or that three or more members of the family were already positive, so it cannot be defined where the virus came from ”. These limitations were 35% in the first part of the study.

“It has been observed that the number of children requiring hospital admission is still very low [2.5%]”, summarizes Dr. Antoni Soriano, from the Pediatric Infectious Pathology and Immunodeficiencies Unit and researcher of the research group of VHIR Infection in the Immunosuppressed Pediatric Patient.

“The impact of covid-19 in minors in Catalonia continues to be scarce after the period of confinement, with children fully mobile”, assesses Dr. Magda Campins, head of the Vall d’Epidemiology and Preventive Medicine Service Hebron and head of the VHIR Epidemiology and Public Health research group.

“In more than 70% of the cases the focus of infection has been an adult”, highlights Campins.

“The performance of PCR has increased exponentially in recent months, also in minors.

It has gone from 38,400 in the month of August, 79,140 in September and more than 140,000 in October ”, says Dr. Juliana Esperalba, from the Vall d’Hebron Microbiology Service and researcher at the VHIR Microbiology group, who, with the Dr. Andrés Antón, leads the serological studies and PCR tests of the study. During the first eight weeks of school, 287,046 PCRs have been carried out on minors in our country.

From other areas of health, outside of Vall d’Hebron, the results of the study are assessed. “There is increasing evidence that children are less contagious than adults,” says physicist Clara Prats, a researcher at the UPC’s Computational Biology and Complex Systems Group.

“This study is also important because it has worked on a very broad base of cases and pediatricians, an enormous research work,” he adds. Prats also underlines the importance of the fact that in this second phase it includes the period in which the minors have already been living together in summer camps and in classes:

“In the first phase the children were totally isolated, so now the trend is confirmed, already pointed out in other studies such as the one carried out in August in Sant Joan de Déu. It also fits with the data that is being obtained in schools ”which, for the moment, do not show signs of being centers especially spreading the virus.

Quique Bassat, pediatrician and researcher at Isglobal, also highlights the relevance of a study as large as this one: “It is one more piece of the puzzle about the transmission of infection in children,” he says. “The low presence of symptoms is important,” he says, referring to that 47% of asymptomatic children.

For Bassat, the pending issue is the establishment of a chronology of contagion (“which was not the objective of this large study”), something very complicated since in cases of children without symptoms it is almost impossible to establish whether they have been the initiators of an outbreak.

“This study reinforces the messages that it is safe to go to schools,” emphasizes the pediatrician.