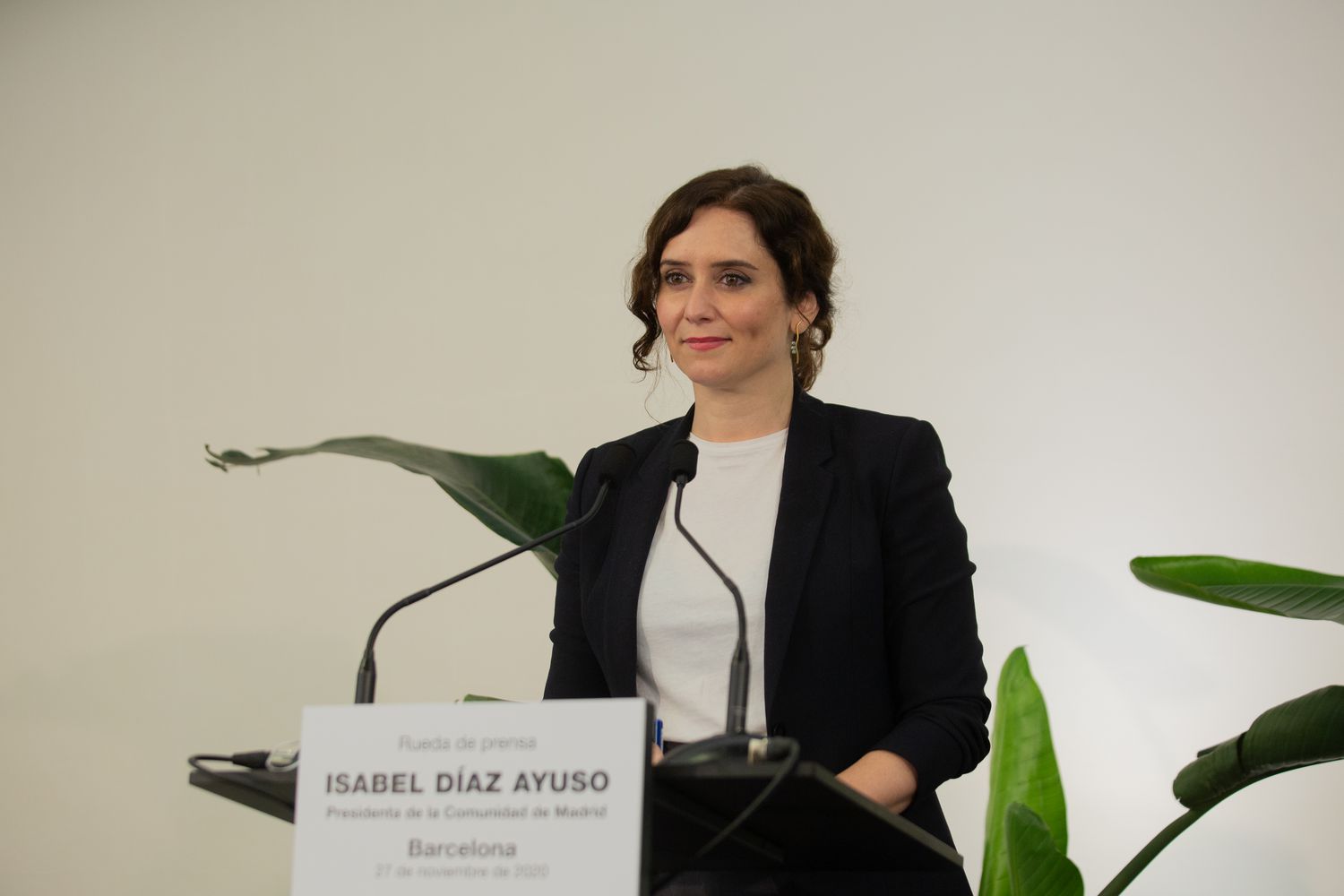 She is “the new muse of the right” in Spain, according to the French newspaper Le Figaro , and Isabel Díaz Ayuso acts as such, willing to broaden her projection as a national political figure.

The president of the Community of Madrid has launched a new challenge to the central government, frontally opposing a fiscal harmonization between the autonomous communities, defended by some barons of the PP. Ayuso once again differentiates himself and steals the limelight from Pablo Casado.

Isabel Díaz Ayuso is “the political discovery of 2020” in Spain, proclaims the conservative French newspaper Le Figaro , and “the black beast of the central government.”

She is delighted with that profile, gained thanks to her media management of the pandemic, in which she has faced dog-face with the progressive coalition Executive.

Now, having overcome for the moment the confrontation with La Moncloa over the sanitary measures in Madrid, and after the data on the evolution of the pandemic smile at him, Ayuso has launched a new battle against Pedro Sánchez: the defense of his tax system before the Government’s attempt to address a tax harmonization between the autonomies that avoids inequalities. “

I will be the worst nightmare of anyone who touches the pocket of the Madrid taxpayer ”, warned the new muse of the right.

From Barcelona, ​​where she has developed an intense agenda of contacts with social groups for two days, the president of the Community of Madrid estimated this Friday without giving more details that the tax harmonization could lead to the payment of 2,000 euros more per year to Madrid households in taxes, and insisted he will object.

The Government is preparing a reform to prevent communities from lowering regional taxes (inheritance, donations, property transfer tax and property tax) beyond a minimum, or raising them above a ceiling. This scheme will force the Community of Madrid, among others, to raise most of its taxes.

And Ayuso, they anticipate in his team, will fight “with all the legal and political tools” at his disposal to prevent it.

The Madrid president has stolen prominence in this opposition front from the leader of the PP, who also traveled to Catalonia this Friday for a pre-campaign event with the popular candidate, Alejandro Fernández.

While Ayuso spoke in Barcelona, ​​Pablo Casado spoke in Tarragona, where he redoubled the commitment of his regional leader against the Government’s purpose.

“Fiscal harmonization is illegal: the law allows communities to lower or raise taxes; and unconstitutional, because the Constitution recognizes differentiated tax regimes ”, criticized Casado. However, the position is not unanimous among the barons of the PP.

The president of Galicia, Alberto Núñez Feijóo, and that of Castilla y León, Alfonso Fernández Mañueco, are in favor of harmonization, although they ask that it be downwards.

The Madrid president’s team attributes to a coincidence that her trip to Catalonia overlaps with that of the PP leader, although the truth is that Ayuso’s free flight arouses suspicions in Genoa. At the same time, her profile as an unapologetic right-wing leader may distort Casado’s centrist turn.

Ayuso has detractors and supporters in the national leadership. “She has a different voter from that of the PP as a whole, who does not resemble, for example, at all to the Galician PP”, analyzes a leader who defends her tooth and nail. “The Madrid voter is very right-wing, and she is swallowing the Vox votes,” he adds.

Ayuso already has another front to continue growing at the expense of the extreme right: the fiscal battle against Sánchez.