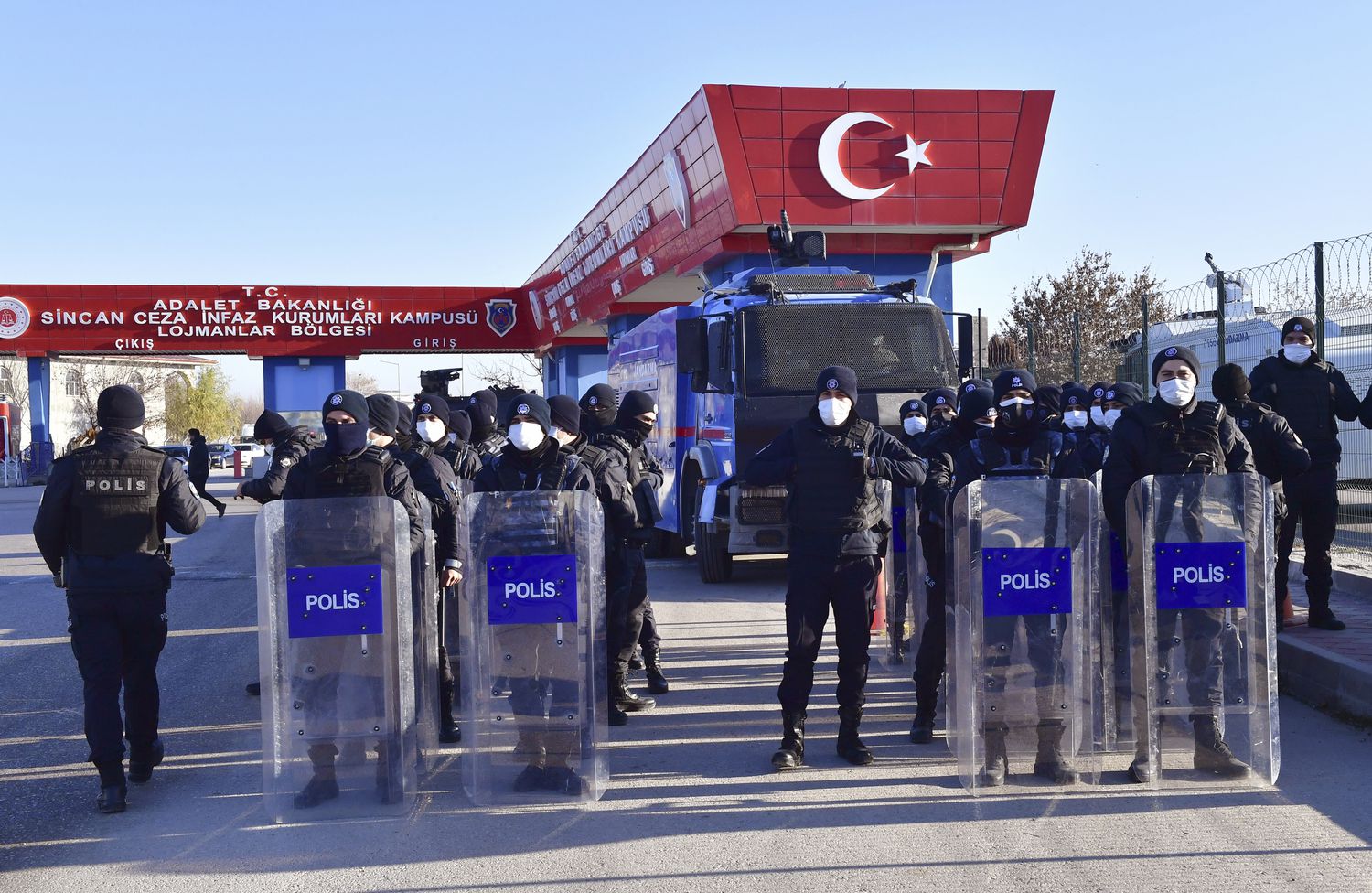 A Turkish court on Thursday sentenced 333 military personnel and four civilians to life imprisonment for their role in the coup attempt in July 2016 .

The decision comes after more than three years of judicial process in Sincan Prison (Ankara). Among those convicted are several brigadier generals, colonels and lieutenant colonels, as well as the pilots who, during the night of the coup (July 15-16, 2016), bombed the Parliament, the surroundings of the Presidential Palace – where 15 people died. and several police barracks.

The ruling constitutes a harsh response to that episode, which consolidated the authoritarian drift in the neighboring country of the European Union.

The trial has focused on the uprising of the members of the Akinci military base, on the outskirts of Ankara, and their use to direct the coup. It was one of the main pieces of the more than 300 processes that have been opened since the military coup .

He was also the largest: in total there were 475 defendants of whom 365 were in preventive detention. Only 70 of the accused have been acquitted. The rest have been punished under various charges that range from collaborating with the coup plotters to “an attack against the constitutional order”, “attempted assassination of the president” and “premeditated murder.

Of those convicted, 291 have received between one and 79 aggravated life sentences; 46 others have received the perpetual, but with the possibility of review; 60 more soldiers have been sentenced to prison terms of between 6 and 16 years and the remaining cases have been separated into separate pieces.

Although the decision is appealable before the Supreme Court of Turkey.

The convicted civilians are four individuals who are accused of directing the operations of the rebel soldiers from the Akinci Air Force base. They are considered the “imams” of the coup, a figure used by the network of the political-religious organization of Fethullah Gülen.

This Islamist preacher, exiled in the United States since the late nineties, infiltrated his followers for decades in various levels of the State Administration and the security forces.

After the arrival to power of the president’s party, Recep Tayyip Erdogan, in 2002, also of Islamist ideology, the two groups established a fruitful relationship that helped them to get rid of their opponents in the judiciary and the armed forces.

However, once their common enemies had been neutralized, Erdogan and Gülen launched a power struggle that led to the breakdown of the alliance around 2013 and, a few years later, the declaration of the Gülenists as a terrorist organization.

In the Gülenist structure, the “imams” have a higher rank than the other followers and they must obey their orders, although formally in reality they have a higher position. These four convicts were arrested the morning after the coup in the fields around Akinci, trying to get away from the military base.

A fifth person was arrested with them, Adil Öksüz, considered the direct link between Fethullah Gülen and the Akinci coup plotters, although he was released by a judge after alleging that he was there looking for land in which to make a real estate investment.

After his release, he escaped and lost track of him, although it is believed that he may reside in Germany. Öksüz has been tried in the process whose sentence was read this Thursday, but his case has been separated into a separate piece,

The 2016 military uprising was a trauma for Turkey, a country that believed it had left the coup behind after four successful riots (1960, 1971, 1980 and 1997). On the night of July 15-16, 251 people died at the hands of the coup plotters – mostly civilians and loyal policemen – and a never officially published number of rebel soldiers, which some estimate at a hundred.

But, in addition, the failed coup served as a shock doctrine for Erdogan to obtain the necessary political support to transform the Turkish parliamentary system into a presidential one that combines multiple powers in his person. Since then, there have been purges in the Administration and in politics against alleged Gülenists, and also against other groups opposed to the president.

Relatives of the victims of the coup and people wounded while fighting the uprising – who have received titles similar to war veterans – gathered in court and welcomed the sentence.

Some, like Ahmet Çaykara, quoted by the Anadolu agency, complained that the convicts have not shown remorse or apologized for what they did. In fact, according to the daily Hürriyet, after reading the sentence, one of the defendants, Colonel Fatih Yarimbas, snapped at the president of the court: “We will see each other.”