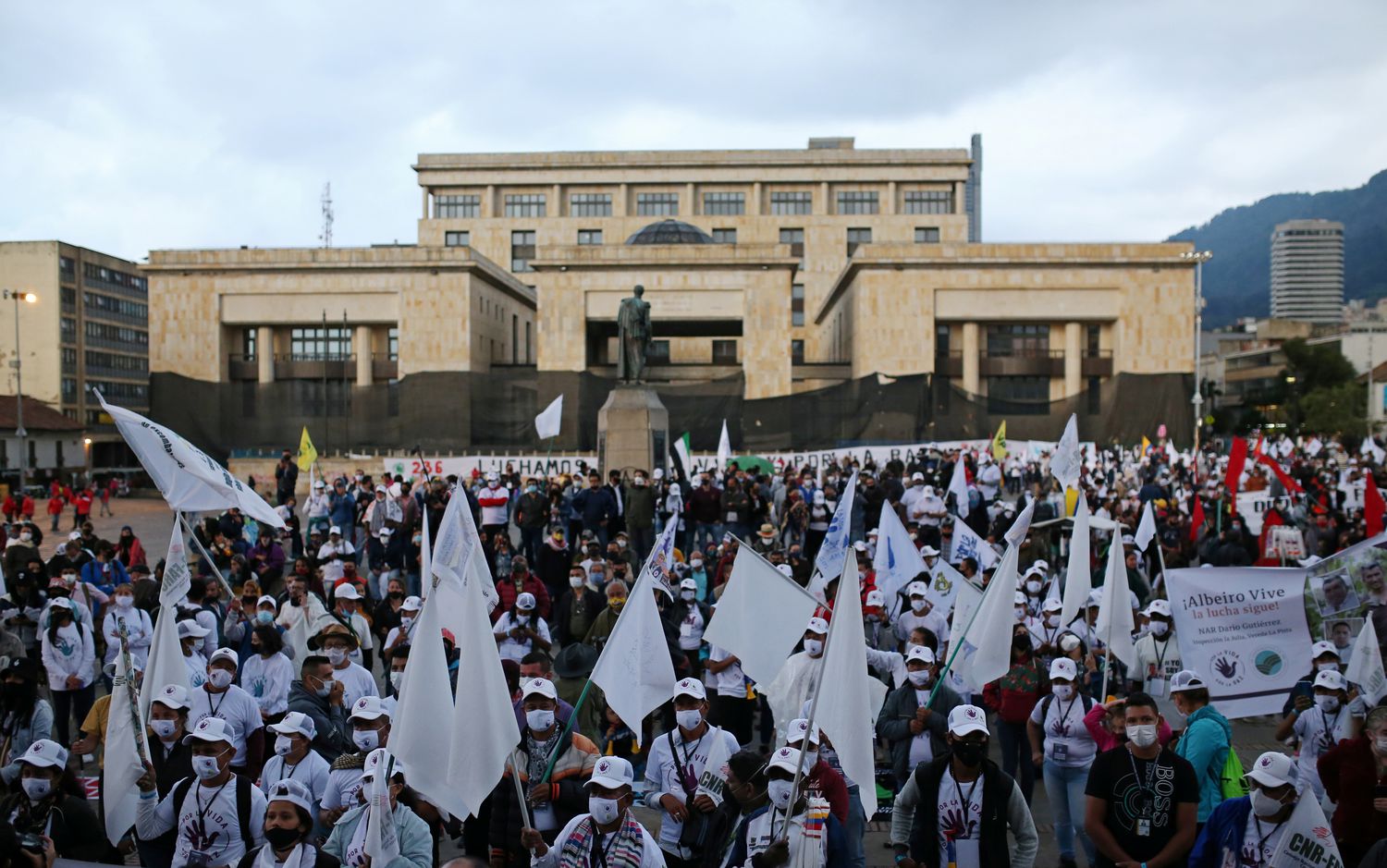 The Colombian peace court on Wednesday contradicted the government of Iván Duque on the causes of murder of FARC guerrillas and called the attention of the authorities for the failures in the protection mechanisms.

The Andean country is witnessing an accumulation of homicides of signatories of the peace agreement between the State and the extinct guerrilla : from November 25, 2016 to November 15, 2020, a former combatant is assassinated every five days, a total of 249.

The last occurred on Tuesday, when there was a day left for senior officials of the Government of Iván Duque to attend a hearing before the Special Jurisdiction for Peace (JEP), the Court in charge of trying crimes of the armed conflict, precisely to explain the schemes protection.

But why do they kill them? The question has been answered by the Government under two central ideas : that they are assassinated by guerrilla dissidents (those groups that did not join the peace process), that is, that they are old quarrels; and that everything is related to drug trafficking.

However, a report by the Investigation and Accusation Unit of the JEP, sheds more concrete data on who would be killing them.

The document, Diagnosis of patterns of lethal violence that affect former FARC-EP combatants in Colombia , points out in fact that drug trafficking is not the only answer.

Although, the report says, in 176 municipalities the presence of coca crops and the residence of ex-combatants coincide, “111 have hectares planted with coca and do not register a single case of homicide (this means that 63% of the coca-growing territories do not show homicidal phenomena) ”.

The same occurs with the explanation of the revenges that, for the JEP, are isolated cases. “Out of 249 homicides, only five seem to reflect the victim’s participation in street fights, fights or brawls as the triggering cause of the event.

This represents 2% of the total sample ”, explained Giovanny Álvarez, director of the Investigation and Accusation Unit of the JEP.

For the judicial official, the dissidents are not a homogeneous organization and there are at least three aspects: the dissidents of alias Gentil Duarte, who resisted the peace process and usually confront the public force; the so-called Second Marquetalia, made up of former negotiators Iván Márquez and Jesús Santrich , among others; and the “autonomous and openly drugged and lumpenized dissidents”, which have no ideology.

Research shows that there are similarities in 57% of murders of ex-combatants. The majority of those killed, the diagnosis states, were low-ranking guerrillas with little education, between the ages of 25 and 44, approached in public places, especially in rural areas, and killed by shots to the head and chest.

However, there are two definite patterns. First, there is one of “dismantling the political, economic or community projects linked to the implementation of the Peace Agreement in the territories.”

In at least 43 cases, the deaths have been ex-combatants who assume some leadership role, who promote the substitution of illicit crops or promote productive projects and campaigns for access to land. And there is no single perpetrator: “We observe that different groups are attacking the peace agreement, depending on the area,” Álvarez said during the hearing.

The second pattern is associated with the disputes between the FARC dissidents , specifically the former rearguard areas of three blocks of the extinct guerrilla.

This has occurred in 91 of the 249 homicides and the victims are the youngest ex-guerrillas. “On the one hand they try to recruit them and if they don’t accept, they suspect they are with another dissidence and they kill them.

Or they also do it because of the rejection that ex-combatants have to take up arms, and accuse them of being very close to the public force, ”Álvarez explained.