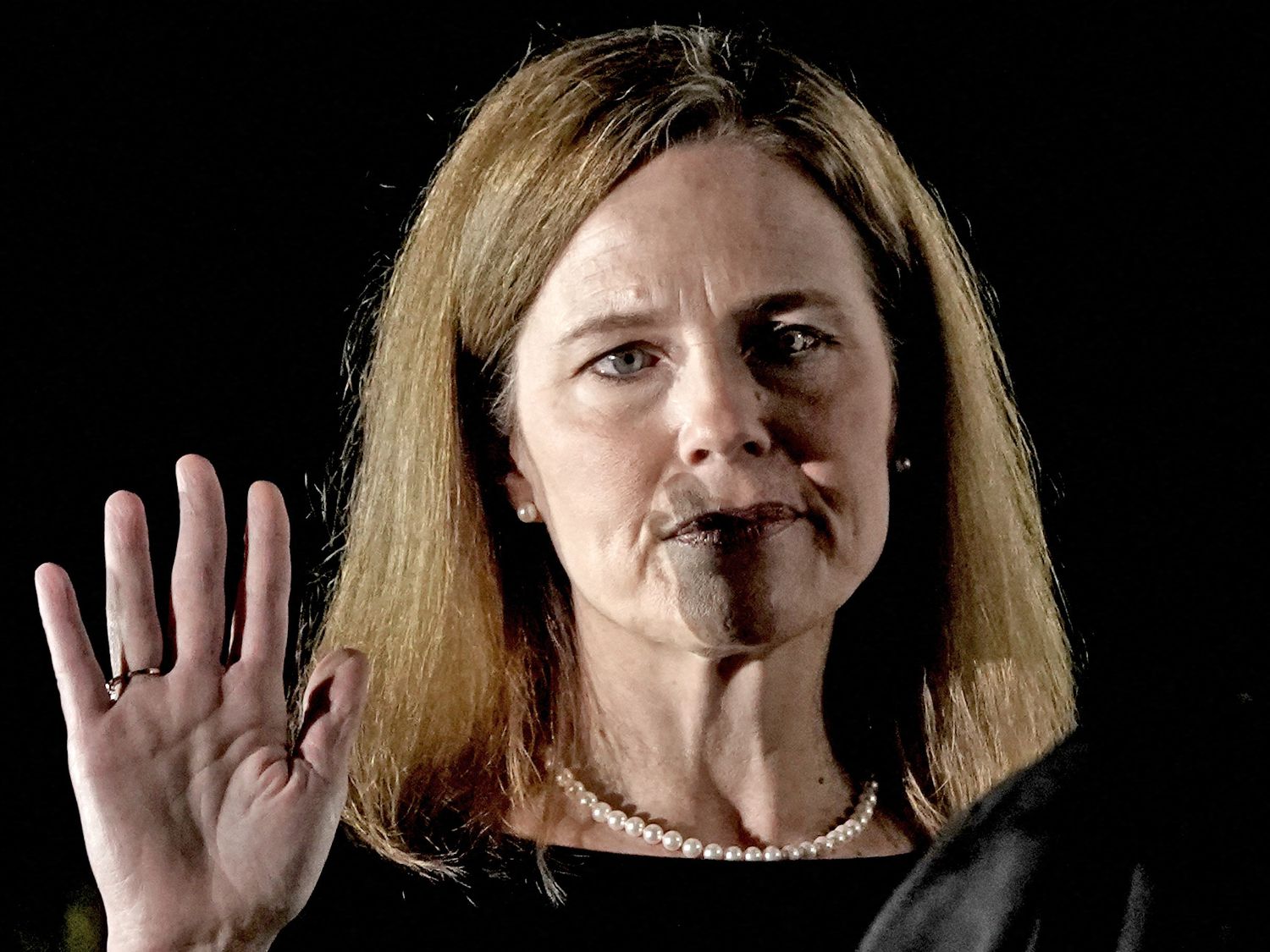 In a close vote in which the vote of Judge Amy Coney Barrett was decisive, the Supreme Court of the United States has supported two ultra-Orthodox Jewish congregations and the Catholic Diocese of Brooklyn at the last minute of this Wednesday against the capacity limitations imposed by the Governor of New York, Andrew M. Cuomo, to curb the pandemic.

The vote, which was settled with five votes in favor of the plaintiffs and four against, including that of Conservative Judge John G. Roberts Jr., who aligned himself with the three progressives, reveals the new balance of forces of the court and the A turning point that the arrival of the ultra-conservative Barret has marked.

“The members of this Court are not experts in public health and we must respect the criteria of those who have special experience and responsibility in this area.

But even in a pandemic, the Constitution cannot be abandoned and forgotten, ”the court reasoned, underlining that religious services should not be treated differently from social gatherings for other reasons.

This was precisely the argument of his vote for the conservative Neil M. Gorsuch -who, like Barret, entered the Supreme Court under the hand of Donald Trump-, arguing that the governor of the State of New York gave preferential treatment to secular meetings to the detriment of the nuns.

The incorporation of Judge Barrett to the high court, in an express confirmation process that can be considered the icing on the cake of Trump’s legacy , has tipped the balance on the conservative side – of its nine members, only three are progressive – and marks the difference with respect to to previous Supreme Court rulings, such as those that in May and July gave the reason to the governors of California and Nevada, respectively, by restricting attendance at religious services.

The silver vote of Barrett, a recognized Catholic fundamentalist who filled the vacancy left by the death of the liberal Ruth Bader Ginsburgin September, it enshrines religious freedom above public health imperatives in exceptional circumstances such as the pandemic, when the United States registers more than 160,000 new cases a day .

On October 6, Cuomo decided to shut down non-essential businesses in some districts with high positivity rates, including some in Brooklyn, the epicenter of the city’s ultra-Orthodox Jewish community .

At the same time, it limited attendance at services to 10 people in some areas (those classified as red zones ) and to 25 in others, oranges, according to the scale that local authorities follow to circumscribe transmission.

The affected congregations argued that the restrictions violated the right to religious freedom enshrined in the First Amendment of the Constitution, and that it was not acceptable for their oratorios to see their activity more constrained than essential businesses such as grocery stores.

They were joined by the Catholic Diocese of Brooklyn. A month later, the second court of appeals based in New York again rejected the urgent appeals presented on November 9 by the aforementioned associations. In this Wednesday’s ruling, the Supreme Court indicates that Cuomo’s restrictions violate the guarantees of protection of free religious exercise enshrined in the First Amendment.

The Diocese of Brooklyn and Agudath Israel of America have churches and synagogues in areas of Brooklyn and Queens that were previously considered red and orange areas because of their infection rate. But these particular areas are now considered yellow, with less restrictive rules that no group has resorted to.

The pandemic has caused great tension between the mayor’s office and the State of New York, both in Democratic hands, and the city’s Orthodox Jewish community, accused of not respecting sanitary norms and favoring large gatherings in ceremonies and celebrations, such as the numerous weddings with thousands of attendees celebrated during the pandemic .

In October, Brooklyn was the scene of ultra-Orthodox demonstrations protesting the limitations, which ended in incidents.

On a day marked by the celebration of Thanksgiving -the great holiday on the American calendar-, Democrat Andrew M. Cuomo, governor for the third consecutive term of the State of New York, did not comment on the Supreme Court’s ruling, limiting himself to commemorating the anniversary.

Through a tweet in which he urged everyone to wear a mask and to remember that, on Wednesday alone, some 7,000 inhabitants of the State had tested positive for coronavirus, and 67 had died. In another tweet, Cuomo, recently awarded a special Emmy for his daily press conferences during the pandemic, reminded everyone of the need to “safely celebrate” the eminently family-friendly party even though this year the health crisis has prevented many encounters .