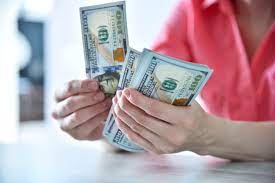 St. Louis Mayor Tishaura Jones recently announced plans to send $500 monthly payments to approximately 440 families for the next 18 months. The program, which is said to also aim to reduce gender and racial inequality in the city, received initial approval from the Board of Aldermen last week, based on the report of the St. Louis Post-Dispatch on December 8, 2022.

To qualify for the monthly payments, recipients must meet two criteria: they must be considered low-income and have a child in the St. Louis Public School District.

The St. Louis program will provide targeted monthly payments to the poorest families with children in the school district, using nearly $5 million in pandemic recovery funds. The payments will allow families to plan for the future and will last for a set period of time.

However, the program is not without detractors. Alderman Tom Oldenburg of St. Louis Hills is concerned about the lack of guidelines on how the money must be spent in the program.

Despite Oldenburg’s concern, research on a similar program in Stockton, California, found that the extra cash had a positive impact on recipients, with those receiving $500 per month securing full-time jobs at more than twice the rate of a control group within 12 months.

Critics of such programs worry that they eliminate the incentive to work, but experts find that they can actually lead to increased financial stability and better work performance.

The program in St. Louis still requires one more vote from the Board of Aldermen for final passage, but it has received strong support from the board’s progressive bloc. If it is approved, it will be part of a larger bill that includes funding for childhood education, healthcare centers, and a youth summer jobs program, based on the report of Dana George of The Motley Fool on December 14, 2022.