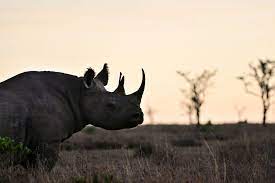 Russia’s Rosatom Corp’s researchers are working on a project to save the rhinos from poaching. They are planning to Inject radioactive materials. This process could potentially help to identify the illegal trades and are harmful for consumption as well.

Almost 394 rhinos were killed previous year in South Africa for their horns says the data by government. More vast areas need to be examined to get the exact no. Of rhinos poached and also to protect the wildlife living in that area.

Illegal hunting keeps threatening the wildlife. More than 20,000 animals remain in threat of being killed illegally.

According to the experts of nuclear radiation and protection of University of Witswatersrand, the radioactive material injected inside their horns can be easily detected using existing detectors in international borders.

A whole lot of people can easily detect the illegal trading of horns he further added.

Other methods can also be implemented to discourage poaching like painting, dying or even poisoning make it useless for trading purposes. These procedures have shown efficacy to reduce poaching.

In this month a project called as Rhisotope which is an anti poaching projects as initiated. In the two of the rhinos were injected with the Amino acid. They were further examined to see whether this substance moves into the body of rhino and cause any harm to them.

Furthers studies using computer models and replica of rhino head will also be done to know the exact amount of radio active material to be used.

The rhino horns are basically used as medicines to cure ailments like cancer, other than that they as kept as a sign of wealth or even gifted.

But once the rhino horns are injected with the radio active material, it will not urge many people to use these horns and there will be a push to this poaching chain. 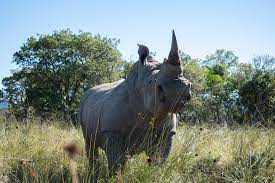