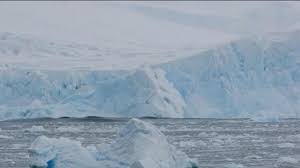 European Space Agency said that this massive, newly broken Iceberg was named A 76. The whole breaking of the Iceberg was captured by a satellite known as Copernicus Sentinel-1 mission.

This Iceberg somewhat measures 1,668 square miles with being 106 miles long and 15 miles wide.
The name of the Iceberg A 78 comes from the region from which it got detached. U.S. National Ice Center tracked this Iceberg, and it is the 76th Ice berg followed by them.

As per European Space Agency, this Iceberg is more significant than Rhode Island, and moreover, it is slightly more extensive than that of the Spanish island of Majorca. 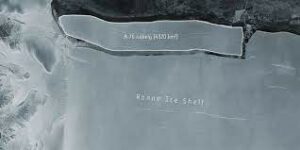 This Iceberg broke off from the Ronne Ice Shelf from its western side, which is one of the enormous Ice sheets of Antarctica. Using this satellite Copernicus Sentinel-1 imagery, the confirmations were made for the detached Iceberg.

This Iceberg beats the Iceberg A 23, which is roughly 1,305 square miles and which is also floating in the Weddell sea. This was earlier considered to be the enormous iceberg, but now it has been pushed to the second position after A 78 came into the picture.

A researcher from the University of Colorado at Boulder said that these calving of ice shelves are very ordinary, but it might be sometimes related to climate change. He also added that this one breakage of Iceberg does not seem to be happened because of climate change.
But it is also believed that the rapid disintegration of icebergs can be related to global warming.