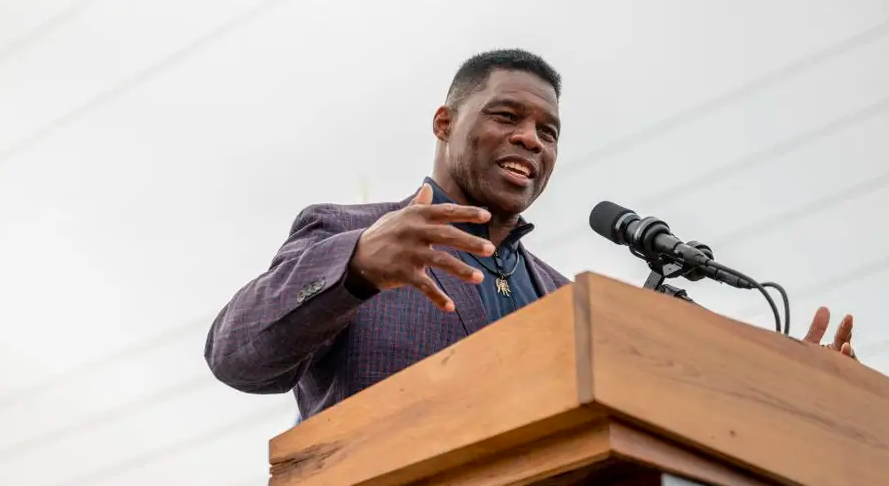 Herschel Walker speaks to supporters at a campaign rally in McDonough, Ga., on November 16, 2022 (Photo by Brandon Bell/Getty Images)

After Herschel Walker’s Senate campaign collapsed last week, his son, who isn’t hesitant to speak his mind, compared him to an unprepared student.

On Wednesday, Christian Walker, 23, told Buzzfeed he felt like his dad often sounded like a kid delivering a book report presentation but hadn’t read the book; he didn’t feel like he was studying properly.”

Buzzfeed interviewed the younger Walker hours after his father lost Tuesday night’s Georgia Senate runoff to Democrat Raphael Warnock. In recent months, Herschel Walker’s campaign has tried to quell a rising number of scandals, including allegations that he paid for two women’s abortions while being against abortion access.

Christian Walker remarked of his father is not a quality candidate. He said his father rambles a lot and hardly makes sense.

He said he doesn’t care about remorseful criminals. But he tweeted in early October: “how DARE YOU LIE.” He accused his father of acting as a moral, Christian, upright man when he has lived life “DESTROYING” other people’s lives.

Christian Walker told Buzzfeed that he implored his father not to run for political office. He noted his difficult past, including his mother’s assertions that Herschel was abusive toward her and current claims that he had “hidden” children.

Christian Walker’s social media remarks regarding his father’s passing inspired Buzzfeed’s article. On Tuesday, the younger Walker tweeted that former President Trump had repeatedly contacted his father “demanding” that he run in the runoff, despite “everyone with a brain” telling him not to.

“Is that new? Nope. Nothing new. All controversies were known as “Christian Walker. “No, their foolish campaign didn’t win. Nothing happened.”

Read Also: $1,500 Bonus Checks For Residents In Arkansas, Will You Receive It?