Batman is a superhero who is known to appear in American comic books, which DC Comics publishes. The creator of Batman was artist Bob Kane. The writer was Bill Finger. Batman made its debut in the 27th issue of the comic book Detective Comics on March 30, 1939. Batman is the alias of Bruce Wayne in the DC universe community. Bruce Wayne is a wealthy American playboy, philanthropist. He is also the owner of Wayne Enterprises, based in Gotham City.  Batman’s origin story shows Batman expressing his aggression by taking swears against criminals after he has witnessed the murder of his parents, namely Thomas and Martha. Further, batman gets himself trained physically and intellectually. Also, he crafts a persona inspired by a bat. Not only this but, he used to check the Gotham streets at night.

Batman is one of the most iconic characters and one of the most famous characters. He has been a part of the greatest comic book superheroes and fictional characters that have ever been made. He is one of the most successful superheroes in the culture. His popularity and respect are on a higher level. Also, various toy lines were introduced, like Lego Batman. Also, video games like the Batman: Arkham series have also been launched. Kevin Conroy, Jason O’Mara, and Will Arnett, along with more people, have lent their voice to Batman’s character. 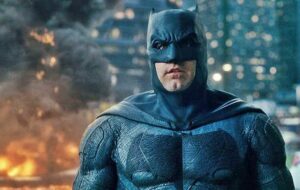 Ben Affleck: The person playing the role of Batman

Ben Affleck is an American actor, film director, producer, screenwriter, and philanthropist. He has been honored with several accolades, which include two Academy Awards and three Golden Globe Awards. He started his career as a child when he was cast in a series named Voyage of the Mimi by PBS.

Later, he appeared in multiple movies like Confused (1993) and various Kevin Smith films, which consist of Mallrats (1995), Chasing Amy (1997), and Dogma (1999). He and his childhood friend were awarded the Golden Globe and Academy Award for Best Original Screenplay for writing Good Will Hunting, and this made Ben grow to recognition. The duo has also appeared in the movie.