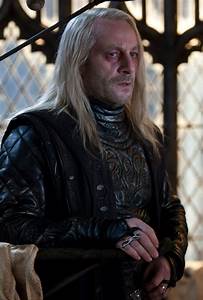 Lucius Malfoy was a British pure-blood wizard as well as the son of Abraxas Malfoy. Also, he is the husband of Narcissa Black, the father of Draco Malfoy, and Scorpius Malfoy’s grandfather. As well as a member of the Malfoy family. Lucius completed his education at Hogwarts. There, he was made a prefect in Slytherin House. As an adult, Lucius was an aristocratic wizard and patriarch of the Malfoy family. He used to trust strongly in notions of blood purity and the superiority of pure-blood wizards. He also joined the Death Eaters. They all had similar views on blood purity and participated in the First Wizarding War.

After Lord Voldemort was defeated for the first time, Lucius managed to avoid imprisonment. He stated that he had been acting under the Imperius Curse. He and his family remained members of the social elite. However, Lucius continued to demonstrate his prejudice. He attempted to destroy Arthur Weasley’s career by slipping Arthur’s daughter an old school diary of Tom Riddle’s, opening the Chamber of Secrets in 1992. In 1994, he took part in the humiliation of a Muggle family after the Quidditch World Cup. 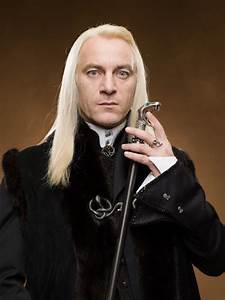 Lucius Malfoy was born in 1954 in Great Britain. He was born to Abraxas Malfoy. Lucius was raised watching ample luxury at their ancestral family estate. Their family had a magnificent mansion in the county of Wiltshire that had been in his family’s possession for no less than a thousand years.
Lucius finished his education at Hogwarts School of Witchcraft and Wizardry from around the year 1965 to 1972.  He was born and raised with a lot of privileges provided to him. His family was really wealthy, and he has never seen poverty in his house.