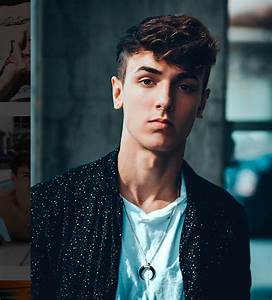 Bryce Michael Hall is an American social media personality. He is better known for his TikToks and YouTube channel. As of March 17, 2021, his TikTok account has 19.5 million followers. He is having 3.55 million subscribers on his YouTube channel. He is also considered a member of the Sway House in Los Angeles.

He began working in the year 2014. He is best identified for his YouTube as well as Tiktok. Hall was born in 1999, and he was brought up by his mother named Lisa in Ellicott City, Maryland.

Hall started with his social media career on YouNow when he was 15 years old.  Hall began live streaming to make friends after he was bullied a lot. In late 2014, he started gaining attention on the social media platforms such as Vine and Musical.ly and earned around 30,000 followers on Vine. However, the Vine application was shut down at the end of the year 2016.

Hall migrated to Los Angeles, California, in 2018. Later on, he became the creator of the Sway House. In 2020, rumors circulated and later confirmed that he was dating TikToker and internet personality Addison Rae. However, they broke up in the same year.
He moved with his five other social media personalities to California. There, they used to create content for many social media platforms. In June 2020, he donated $30,000 to the NAACP. He also attended the Black Lives Matter. 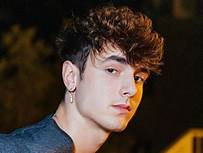 The net worth of Hall

Bryce Hall’s net worth is $690,000 as of March 2021. However, this is guessed that this amount is merely from his YouTube channel, and considering all his platforms. His tweet suggests he is worth more than $10 million. His primary mode of income is through content creation on various social media platforms.
His ample amount of followers help him to earn his net worth. He is a true inspiration to those trying to create good content and reach the top. Social media platforms are really great for showcasing talents. Usage of social media must be done for a productive matter, just like Bryce Halls did.