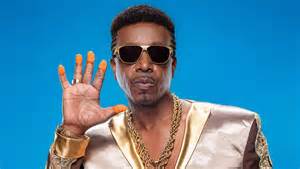 Stanley Kirk Burrell, also known as Mc Hammer, is an American rapper, dancer, record producer, and entrepreneur. Mc Hammer is best identified for his two songs, namely ‘U can’t touch this’ and ‘2 Legit 2 Quit. He began working in the industry in the year 1985. Mc Hammer is the first hip-hop artist who achieved diamond status for an album. Hammer was ranked as No. 7’Best Dancer of all of the time’ by BET Magazine. He has also declared the 17th favorite of all-time during the first round in the Vibe’s ‘Best Rapper Ever Tournament. Hammer’s fame started increasing in the mid-nineties. He is also known for his flashy dance movements, choreography, and eponymous Hammer pants.

Hammer earned his success through his dedication and hard work. He made his fortune of around $90 million. However, he lost it in less time than it took to earn it. In the year 1996, he filed for bankruptcy with over $13 million in debt. This was all because of his lavish lifestyle and assets. He had a Lamborghini, private jet, two remote helicopters, and a stretch limo. Currently, his net worth is estimated at only $2 million.

The net worth of this excellent rapper is estimated at $2 million. He is famous in both the Hollywood industry as well as the music industry. His very renowned album called ‘Please Hammer Don’t Hurt them’ was a huge success and super selling album of all the time. Hammer is the only American rapper whose album received a diamond status. Hammer’s beginning net worth was $33 million. But he got bankrupted in the year 1996. This is the primary reason why his net worth reduced over time.