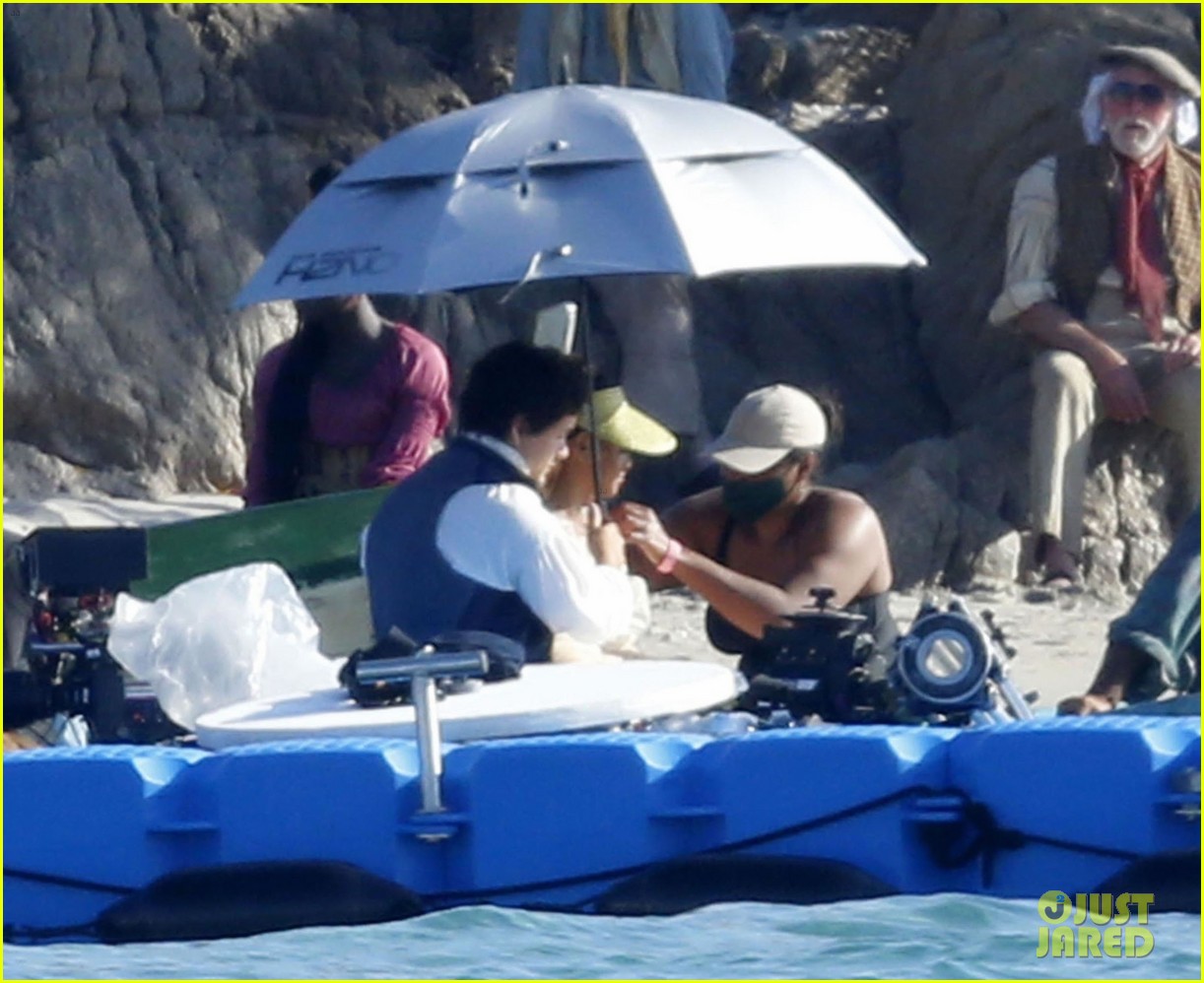 From the live-adaptation reboot of The Little Mermaid, new photos show Jonah Hauer-King and Halle Bailey together as Prince Eric and Ariel, and it looks like they’re filming the iconic Kiss the Girl scene. The film is a 1989 classic animated film based on Hans Christian Anderson’s fairytale and is the latest Disney classic to be remade as a live-action film. It will also feature Javier Bardem as King Triton, Melissa McCarthy as the sea witch Ursula. Awkwafina (Scuttle), Jacob Tremblay (Flounder), Daveed Diggs (Sebastian) have been cast as Ariel’s adorable animal friends.

While previous films such as Beauty and the Beast and Cinderella followed their original versions, but The Little Mermaid seems to be getting a significant update with Bailey and Hauer-King’s pairing as Ariel and Prince Eric. To film their scenes, the two actors are currently in the picturesque coastal town of Sardinia, Italy. Bailey was recently seen wearing Ariel’s burlap sack dress while Hauer-King was photographed in tattered cloths for the prince’s shipwrecked look. These leaked pictures of the lead stars are creating excitement in the mind of the audience.

This week filming’s new pictures hint at another iconic scene from the movie. The pictures are obtained by Just Jared, which show Bailey and Hauer-King getting on a boat that’s been decorated with flowers and foliage. The actress with gown was wearing a ruffled peach dress with puffy sleeves, and her partner on the screen seen in white trousers and a white shirt overlayed with a navy vest. The pictures leaked reminders of The Little Mermaid’s Kiss the Girl number, making the audience guess that the actors were shooting the memorable scene.

It is always tricky to remake a massively successful film, but with The Little Mermaid, Disney plans to continue the trend. Not many details are available about the highly anticipated reboot; set photos indicate that it will retain cherished moments from the classic film, and modern elements would be mixed.