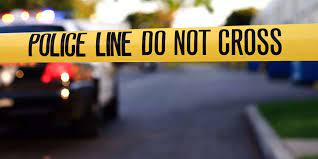 An Arizona polygamist has been arrested after his underage wives escaped from their group home and were discovered in a Washington Airbnb, according to True Crime Daily.

On Thursday, the Spokane Spokesman-Review said that on December 1, one of the deputies went to a local Airbnb, where they found the young woman. identified as Moretta Rose Johnson and eight underage women who escaped the group homes in Arizona. Later, Johnson was arrested by the feds for obstruction of justice and kidnapping.

One outlet claims to know where the eight girls are right now, but this has not been confirmed. But even so, they were in the custody of the Arizona Department of Child Safety and had been staying in the Phoenix area before actually escaping to Spokane.

Who is the leader?

The supposed leader of the group is Samuel Bateman, who was apprehended in September and then charged with destroying or trying to destroy documents. also trying to derail a federal investigation.

According to the U.S. Attorney’s Office for the District of Arizona, Bateman was trying to get rid of any evidence, like messaging via Signal. to mislead the authorities.

Reports say that in September, the man had been halted close to the Arizona-Utah state line but had been found carrying girls between 11 and 14 years old in the trailer.

When the troopers inspected it, they saw a couch with a toilet, which is only a bucket with a trash bag but with a seat cover over it, as mentioned on AZFamily.com. The trailer was stuffy and unsuitable for the ladies.

The man was accused of abusing children and was not guilty, as he claimed.

Bateman was a member of the Fundamentalist Church of Jesus Christ of Latter-day Saints before founding his own polygamy sect.

According to FBI Special Agent Dawn Martin, who filed a case on December 2, there was a suspicion of illegal sexual conduct by the Arizona polygamist and his underage wives.