HAWTHORNE, C.A.: Man beaten to death after ramming truck into a crowd outside a sports bar (Photo: CBSN)

A man was dragged from his truck and beaten to death after driving toward a group standing outside a sports club where he had just been kicked out.

Melguin Lopez Santos, 40, was told to leave Rock It sports bar and grill in Hawthorne, Southern California, early Saturday after he got into an altercation with another customer. Los Angeles County Sheriff’s Department, Lt. Hugo Reynaga told CBSN.

According to the authorities, Santos then purposely drove his truck onto the sidewalk, coming dangerously close to hitting a crowd outside the bar before crashing into a tree. Santos accelerated again as a group of customers attempted to pull him away from the driver’s seat before he collided with the corner of a nearby building.

The group then successfully dragged the Santos off the truck and continued to attack him until Hawthorne police came, sheriff’s deputy Grace Medrano said. Medrano added that the driver was beaten to death and sustained severe blunt-force trauma. He was pronounced dead on the spot.

Authorities are currently investigating whether Santos had a medical condition that contributed to his death. However, they did not state whether he was intoxicated at the time of the incident, resulting in his death. 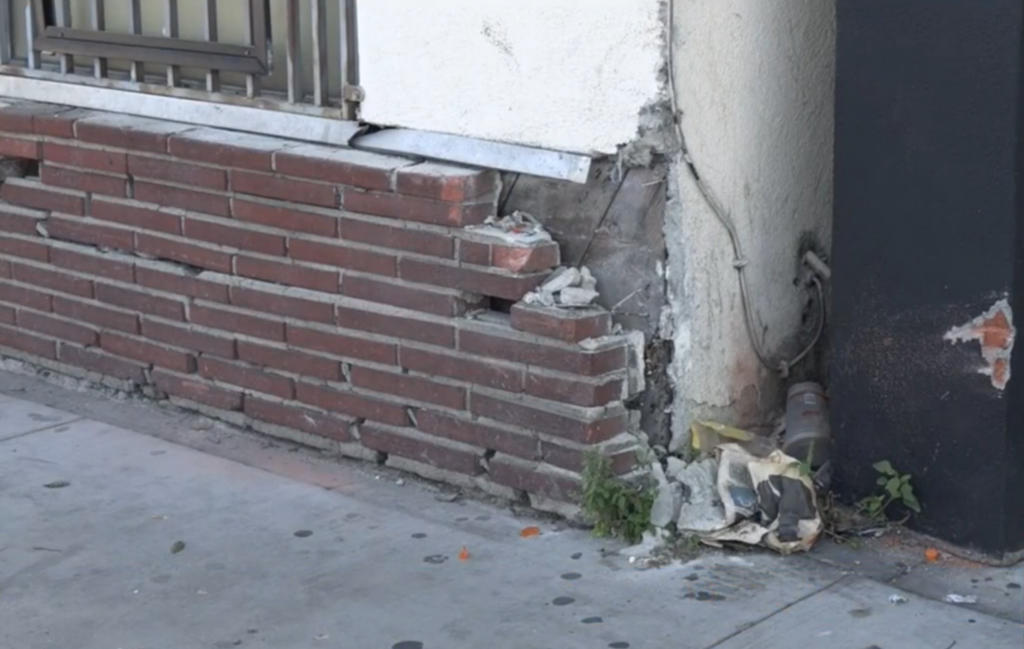 The damage to the corner of a building after Santos crashed his truck into it (Photo: CBSN)

The incident was captured on a surveillance video, but the quality was poor, and the fight occurred partially hidden behind the truck, Reynaga added.

“You could see there was a fight going on, but you couldn’t tell who was doing what,” he told the news outlet.

Detectives interviewed the majority of those involved in the fight then released them since the autopsy report is still pending. Authorities are uncertain how many people fled the scene but reported that they are seeking four suspects.

Detectives were waiting for the autopsy results to determine whether the man suffered a medical problem during the conflict that ended in his death, Reynaga said, adding that the collisions ‘weren’t that impactful.’