Rodriguez had gotten into a confrontation with a 15-year-old girl earlier that day. A gunshot hit her while she was driving away from school with her child's father, Rafeul Chowdhury, 20, and his 16-year-old sibling. None of the people in the car were school kids. (Photo: Seleksie)

A school safety officer shots a teenage mom from California in the back of the head, leaving her brain dead.

According to her family, Mona Rodriguez, 18, is not expected to live, who is begging with her hospital to keep her on life support. Rodriguez was shot as she drove away from the incident at Millikan High School in Long Beach on Monday. She has a five-month-old son, per Daily Mail. 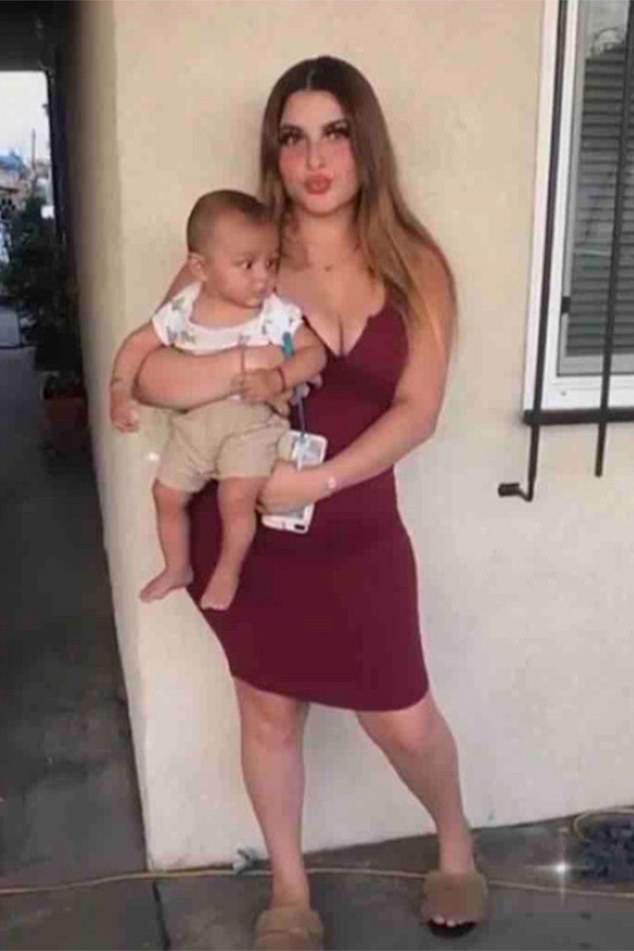 Rodriguez had gotten into a confrontation with a 15-year-old girl earlier that day. A gunshot hit her while she was driving away from school with her child’s father, Rafeul Chowdhury, 20, and his 16-year-old sibling. None of the people in the car were school kids.

According to KTLA, Chowdhury and his younger brother are being investigated for their alleged role in the brawl. Meanwhile, Long Beach Police are investigating the officer’s use of lethal force. The unnamed school safety officer has been placed on paid administrative leave. Moreover, Superintendent Jill Baker of KTLA asserted that safety officers are well trained and held accountable to the established standards in their field.

Family and Friends of Mona Commemorate Her Memory

Rodriguez’s family gathered for a candlelight vigil outside Long Beach Memorial Medical Center on Wednesday night after discovering that doctors planned to remove the seriously injured woman from life support, according to ABC7.

According to Mona’s brother, Oscar Rodriguez that they attempted to kidnap his sister. Also, Mona’s cousin Alex Cervantes, told the media that she did not deserve to be shot. Thus. a family attorney, Luis Carrillo, has urged authorities to file charges against the cop who shot Rodriguez.

At the vigil, he stated, that the officer should be in jail right now. Every family member and friend of Mona is suffering, according to Mona’s mother. 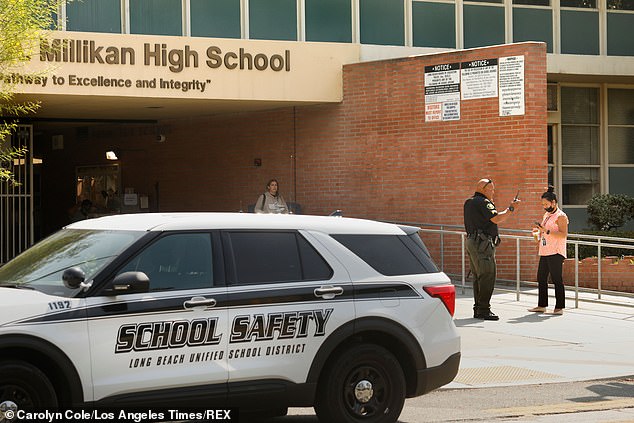 The officer’s use of legal force is being investigated by Long Beach Police, and the school safety officer, who has not been identified, has been placed on leave. (Photo: Carolyn Cole)

Cop Did Not Warn the Victim

On Wednesday, Chowdhury told reporters outside the school that the cop had threatened his girlfriend and the 15-year-old girl she was fighting with pepper spray. Thus, he stated that the girls stopped fighting, and the officer did not warn them that he would use his gun before firing.

According to KTLA, Chowdhury also stated that he and Rodriguez had been attempting to conceive for some time. On Wednesday, civil rights activist Najee Ali spoke outside the school.

Meanwhile, the Rodriguez family has set up a GoFundMe campaign to aid with burial and legal costs, as well as to support Rodriguez’s kid. Also, Rodriguez’s cousin, Yessica Loza, said on the website, that Mona was was smart, beautiful, kind, and anybody who knew her knew how huge her heart was, how full of life she was, and how much she loved her family but most notably her kid who was her entire life, pride, and joy.