Rick Rhoades, 57, was put to death by lethal injection at the Texas state penitentiary in Huntsville.

The daughter of one of the victims of a 1991 double homicide in Texas attended the perpetrator’s execution because she ‘wanted to see him die’ as her father did. 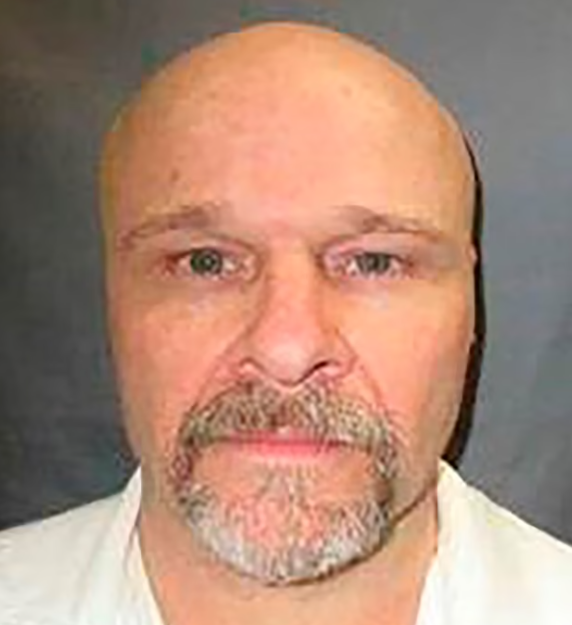 In a recently published article in Daily Mail, Rick Rhoades, 57, was executed by lethal injection 30 years after confessing to the savage double murder of Charles Allen, 31, and Bradley Allen, 33. Furthermore, Bradley Allen’s daughter, Marley Allen Holt, was never introduced to her father because she was born during Rhoades’ trial.

Holt, who now resides in Brooklyn, New York, attended his execution on Tuesday alongside two of the Allen brothers’ siblings, a friend of the pair, and two witnesses for Rhoades. Meanwhile, Rhoades refused to speak his final words as he lay strapped to the death chamber gurney, turning his head briefly to look at the relatives of his victims who had gathered to witness his execution.

Retrospectively, he fatally stabbed Charles and Bradley Allen in their home in Texas just hours after being released from prison for another robbery. 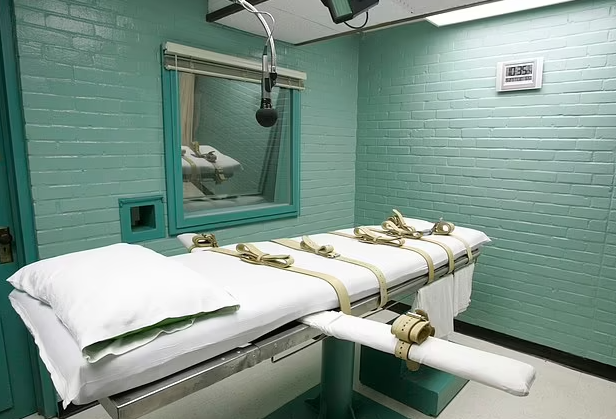 As he lay strapped to the death chamber gurney in Huntsville, Rhoades refused to make any final words, twisting his head and looked momentarily at his victims’ family. (Photo: AP)

The Execution of Rhoades

As the deadly dose of the potent sedative pentobarbital began running via needles in each of Rhoades’ arms, he took several deep breathes, gurgled twice, and started snoring. His breathing grew less evident, and all movement came to a halt after roughly a minute. He died at 6:29 p.m. CDT, 17 minutes after the lethal injection started.

Kevin Allen, the victim’s brother, described witnessing their killer’s death as a “strange experience.” In a statement, Harris County District Attorney Kim Ogg, present at the execution, expressed her hope that Rhoades’ death would bring ‘justice’ to the Allen family. Furthermore, after nearly 30 years of waiting for justice for their loved ones, we hope the Allen family finds peace, Ogg asserted.

The death penalty should be reserved for the worst of the worst, and a Harris County jury decided long ago that this criminal meets that criteria. Moreover, according to Ogg that let us remember the victims, Charles and Bradley Allen, and never forget that our focus has always been and will continue to be on them.

After his counsel made a last-ditch effort to delay Rhoades’ execution, the US Supreme Court declined to grant a stay, despite concerns that racial bias during jury selection may have influenced his trial. This allegation is around the dismissal of two black potential jurors from Rhoades’ white trial. 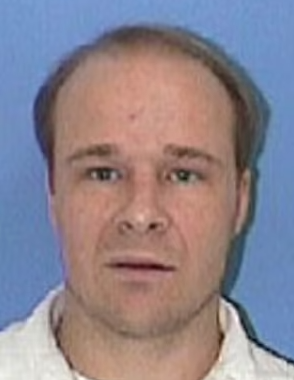 A Retrospective of the Crime

In 1992, Rhoades was found guilty of the double murders of the Allen brothers and was sentenced to death. Before the September 1991 killings, Rhoades had an extensive criminal past, including burglary and auto theft convictions in Florida, Iowa, and Texas.

He had just been released from a five-year jail sentence for car theft and home burglary less than 24 hours before breaking into Charles Allen’s home in Pasadena, a Houston suburb. Meanwhile, Charles Allen had recently had a home specially built for him near where the siblings’ parents lived, and he had invited his brother to live with him temporarily. However, Separate divorces have lately occurred between the two brothers.

Charles Allen worked as a chemical operator at a nearby refinery. He played the piano and aspired to be a musician. Bradley Allen was a freelance artist. Thus, prosecutors testified that the siblings were sleeping when Rhoades stormed into their home early in the morning and attacked Charles Allen in his bed. 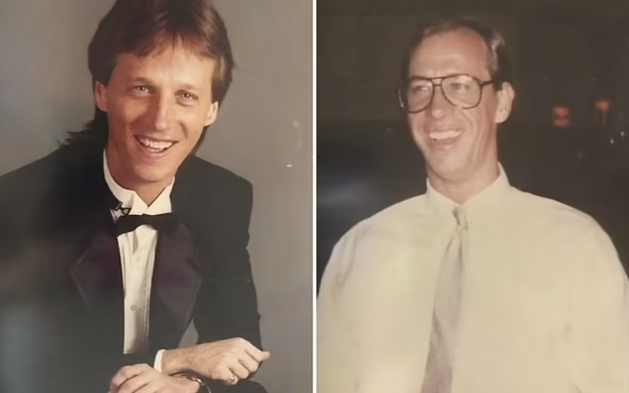 When Rhoades came to his brother’s defense, he stabbed him to death as well. Following the attack, Rhoades made off with cash and clean clothing. On the one hand, Rhoades was caught burglarizing an elementary school about a month later, and he was arrested in the case.

Rhoades admitted to killing the brothers while in detention. After exchanging words with Charles Allen as Rhoades took a walk at 2:30 a.m., he claimed it was done in self-defense.

In July, Rhoades’ lawyers filed a federal complaint against state District Judge Ana Martinez in Houston, asking the judge to require prosecutors to divulge documents relating to allegations that certain jurors were disqualified due to racial discrimination.

Martinez determined that she lacked the authority to evaluate the motion. A federal judge in Houston dismissed the lawsuit earlier this month, and the execution was not postponed. In addition, the 5th US Circuit Court of Appeals upheld the dismissal of the lawsuit on Monday but declined to stay the execution.

The appeals court had previously denied Rhoades’ attorneys’ contention that two Black jurors were disqualified due to racial bias in a similar case in 2019. 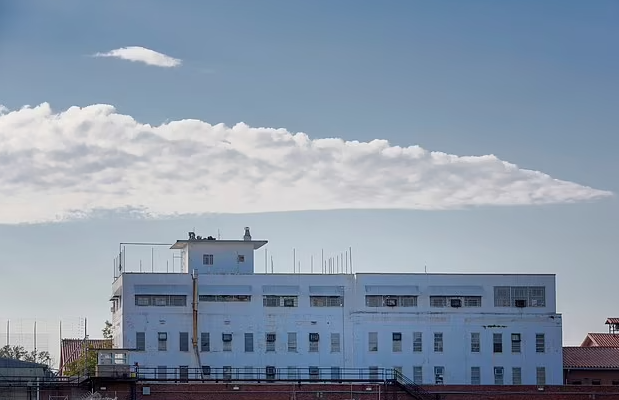 Rhoades’ attorneys had previously unsuccessfully argued in other appeals that his constitutional rights were violated when childhood photos depicting Rhoades in regular, happy activities and designed to show he was nonviolent and would do well in prison were excluded during his trial’s punishment phase; that a state investigator gave false testimony at his trial over whether Rhoades could receive a reduced sentence.

A 2020 Gallup poll on Americans’ opinions about capital punishment shows that public support for the death penalty is at an all-time low, with opposition higher than it has been since 1996, David Dow and Jeffrey Newberry stated in a court filing last month.

In Texas, the nation’s busiest capital punishment state, four more executions are slated for later this year. Thus, Rhoades was the third inmate executed in Texas this year and the sixth in the United States.