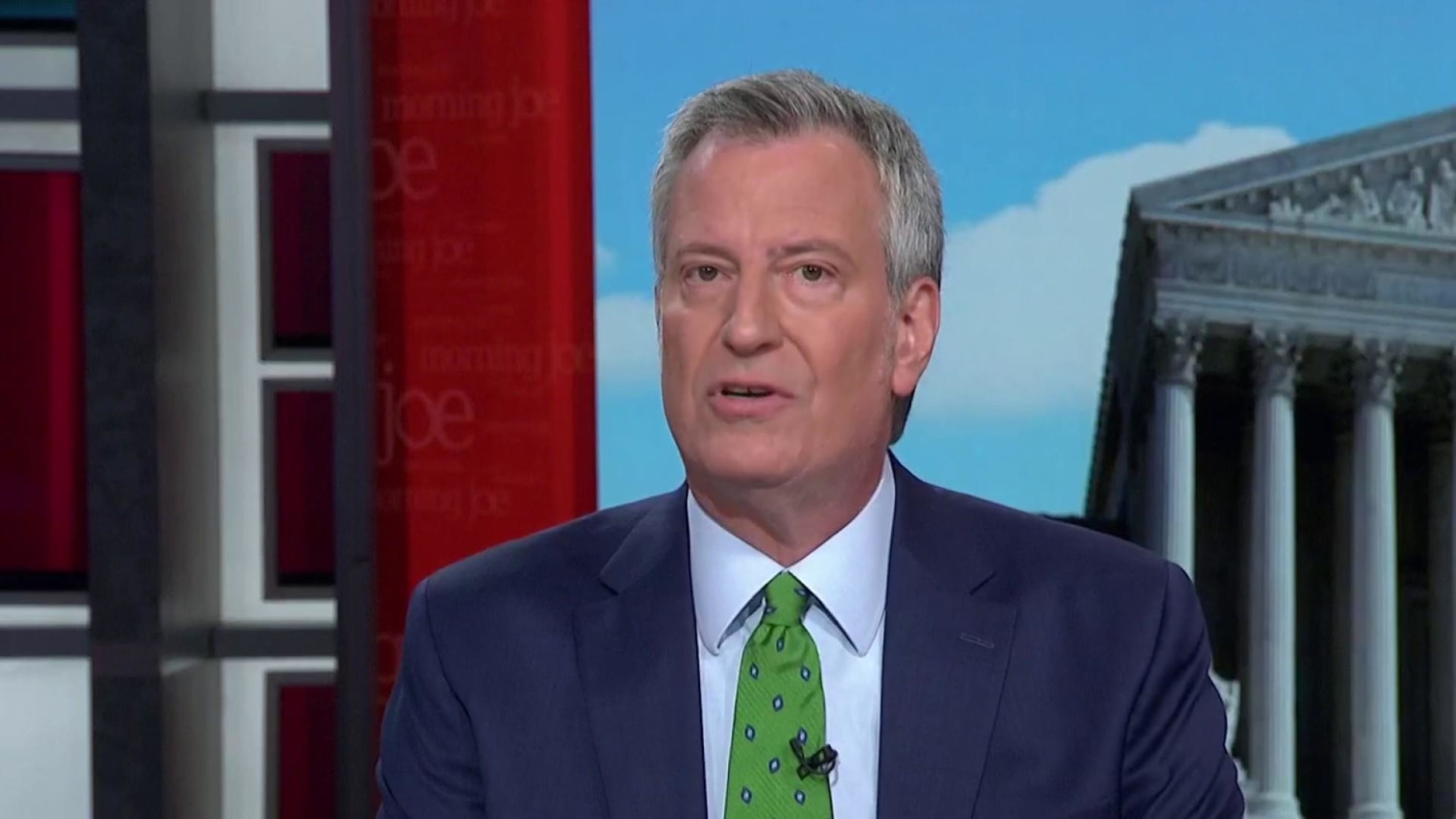 Mayor Bill de Blasio: about 90 percent of full-time education department employees, including 93 percent of teachers and 98 percent of principals, have been vaccinated with at least one dose. (Photo: MSNBC)

The United Federation of Teachers said that the number of vaccinated New York City teachers and staff had increased to 97 percent by Monday morning when the COVID-19 vaccine mandate for the nation’s most extensive school system took effect.

As of Monday morning, less than 4,000 Department of Education employees, including 2,000 teachers, were still unvaccinated and will be sent on unpaid leave, according to UFT President Michael Mulgrew.

The numbers of vaccinated employees were up from Friday when Mayor Bill de Blasio said in a news conference with MSNBC that about 90 percent of full-time education department employees, including 93 percent of teachers and 98 percent of principals, have been vaccinated with at least one dose.

“This mandate has worked, and the goal is to protect kids, including our youngest kids, who cannot be vaccinated yet.” de Blasio said, “Our parents need to know their kids will be safe. They entrust us with their children.”

The vaccine mandate has officially gone into effect on Monday. 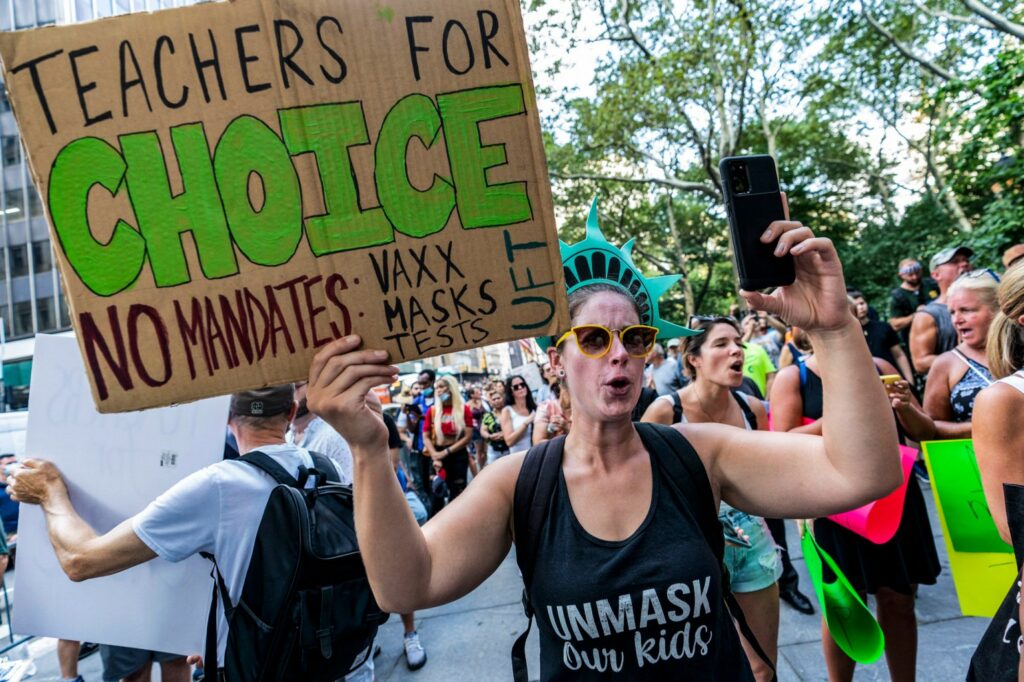 NYC, USA: A group teachers and administrators filed an emergency motion for a temporary restraining order and a preliminary injunction to prevent the city from enforcing the mandate further. (Photo: Mary Altaffer)

After the order went into effect on Monday, a federal judge in Manhattan agreed to hear another plea to stop New York City’s vaccine mandate for public school employees. A group of ten teachers, educators, and administrators filed an emergency motion for a temporary restraining order and a preliminary injunction to prevent the city from enforcing the mandate further.

“This policy is dangerous and senseless, not only violating the fundamental rights of thousands of New Yorkers but also putting over 1 million New York City public school students at risk of imminent damage,” according to the petition. The plaintiffs claim that 15,000 public school employees – 10% of the workforce – would lose their jobs without it, this figure contradicts the Department of Education’s claim that about 90% of employees had gotten at least one dosage of vaccine.

Parents have also expressed their thoughts on the matter, and many are concerned for their children’s health if teachers won’t get vaccinated. “These teachers better get vaccinated! I don’t need my kid getting sick or staring at a computer screen in the kitchen.” One of the concerned parents said.

The hearing will be held in federal court in lower Manhattan on Tuesday, 9 a.m.