A Covid patient died of the infection after vile anti-vaxxers pushed him out of the hospital. (Photo: Getty Images)

On Tuesday last week, 75-year-old Joe McCarron was caught leaving a ward in the Republic of Ireland against doctors’ pleas to stay. After getting critically ill, he was being treated in intensive care.

Mr. McCarron, however, died just days after the clip was shot. According to the Irish Mirror, he had returned to the hospital two days ago before succumbing to the deadly bug this morning. Moreover, the anti-vaccination campaign has resurfaced due to the video of the pensioner walking away from the intensive care unit. 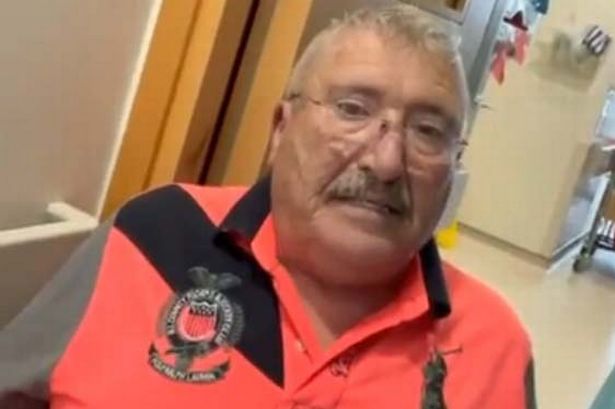 Nonetheless, the shocking video shows Antonio Mureddu Gravegliu, an Italian national member of the so-called Freedom on the Land Movement, arguing with trained medics. Meanwhile, Mr. McCarron, who can be seen in a wheelchair and wears a red and black T-shirt, can be heard breathing heavily in the video, per Nationwide News.

Mr. Mureddu Gravegliu can be heard advising the ill senior to put his trousers on, for they are heading home; and says that the sick pensioner is safe. However, a medic warned the Italian that he was jeopardizing the old man’s life with what he was doing.

The doctor can then be seen stooping over to tell Mr. McCarron that he has the right to determine what he wants to do, yet the doctor says he does not believe what Mr. Mureddu Gravegliu is saying right.

Protesters Alleged McCarron Was Pushed Into the ICU

Those responsible for convincing Mr. McCarron to leave have been criticized by Micheál Martin, the Republic’s Taoiseach. He remarked that he should take COVID-19 seriously if you get infected. On the other hand, according to him, it is undoubtedly terrible that anybody would advise patients to leave the hospital based on a lack of knowledge; it puts that person’s health in danger.

Protesters had alleged that Mr. McCarron was being pushed into the ICU at the County Donegal hospital. They went to the hospital to document his release. Mr. McCarron had severe breathing problems just two days after he left. He was brought back to the hospital and placed on a ventilator. Thus, Doctors initially felt he was getting better.

His condition, however, quickly deteriorated, and he died two days after being released from the hospital on Friday. Mr. McCarron’s relatives had chastised those who assisted him in leaving the hospital.

Una, the widow, has apologized to the medical workers for what happened. Una would want to thank the workers and apologize for the conduct of Joe’s so-called irresponsible buddies earlier in the week, one family member stated.