According to Colorado’s attorney general, three policemen and two paramedics have been charged with the death of Elijah McClain. McClain is a Black man who was placed in a chokehold and given a strong sedative two years ago in Denver. 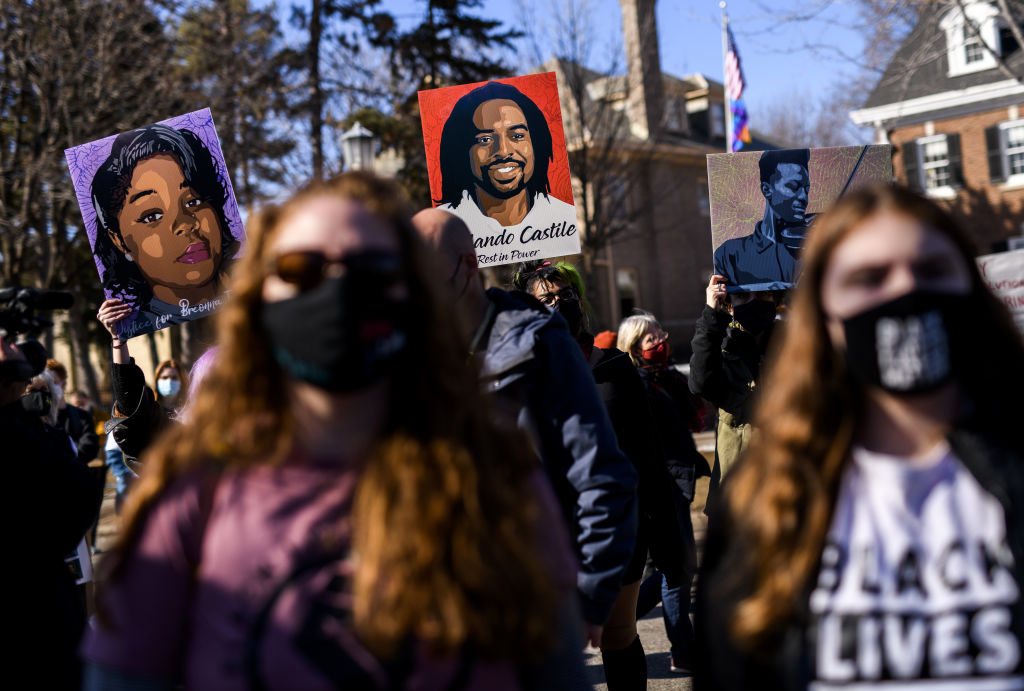 ST. PAUL, MN – MARCH 6: People hold portraits of Breonna Taylor, Philando Castile, and Elijah McClain during a protest demonstration outside the Governors Mansion on March 6, 2021 in St. Paul, Minnesota. A number of protests are scheduled in the days before jury selection is set to begin in the trial of former Minneapolis Police Officer Derek Chauvin on Monday, March 8. (Photo by Stephen Maturen/Getty Images)

Roedema and Rosenblatt are also accused of second-degree assault with the intent to inflict bodily harm and one count of a crime of violence in connection with the assault allegation. Cooper and Cichuniec are also charged with three charges of assault in the second degree.

Last year, under pressure from protesters around the country, Democratic Governor Jared Polis ordered Weiser to launch a fresh criminal probe. In 2019, a district attorney stated that an autopsy couldn’t establish how McClain died, therefore he couldn’t prosecute the cops.

On August 24, 2019, Elijah McClain was stopped while walking home from the shop after a 911 caller reported a guy wearing a ski mask and flailing his hands who looked “sketchy.” McClain wore the mask, according to his family, because he had anemia that made him extremely chilly.

Al Jazeera said an officer was seen stepping out of his vehicle and approaching McClain on the sidewalk, where he was ordered to halt because he seemed “suspect.”

The officer puts his hand on McClain’s shoulder and turns him around in the footage, and he is repeatedly told to relax. As McClain vocally argues, the officer assigned to him is forced to intervene. He urges the other cops to release go of McClain as they join in to detain him.

Because all of the cops’ body cameras are turned off as they take McClain to the grass, it’s unclear what occurred next, although the officers and McClain can still be heard. According to one of the officers, McClain took one of their weapons. McClain may be heard attempting to explain himself, as well as weeping or sobbing at points. He claims he is unable to breathe and was simply driving home.

One of the officers finally recovers his video, which shows McClain tied, laying on his side, and vomiting intermittently as another cop leans on him. A cop who came later threatened to bite McClain with his police dog. When paramedics came, they gave McClain, who weighed 63.5 kilograms (140 pounds), 500 milligrams of ketamine, more than 1.5 times the recommended dosage for his weight.

The fire department is permitted to use the medication to sedate belligerent or violent individuals. Still, there is a lack of police training, contradictory medical standards, and no procedures, resulting in hospitalizations and even fatalities when used during police interactions.

According to a federal complaint filed by McClain’s family, he ceased breathing within five minutes. After being pronounced brain dead and removed off life support, he died six days later.