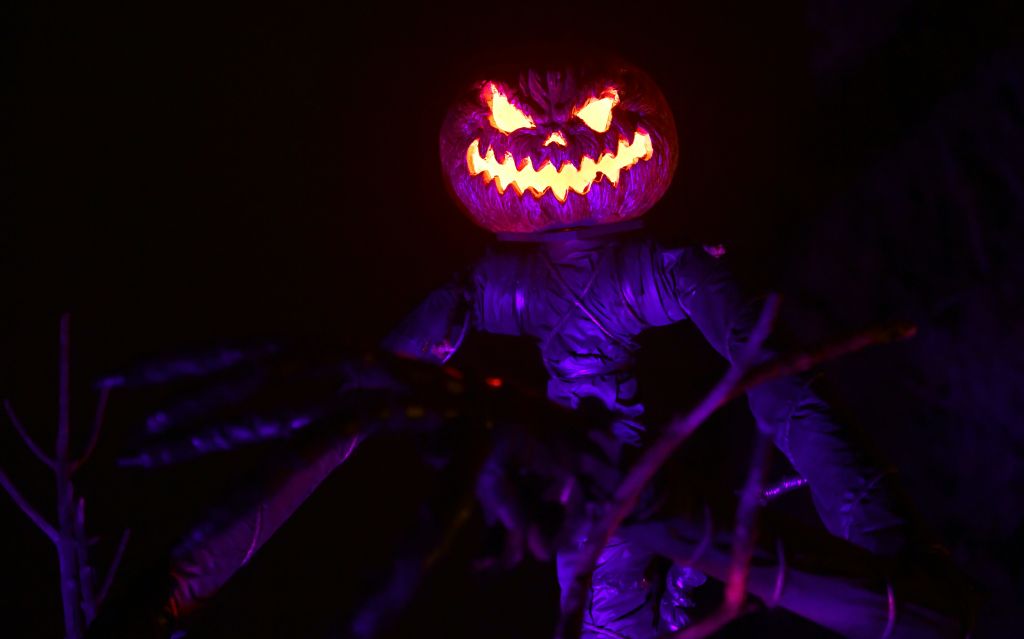 Spooky decorations are placed in front of a home in Sierra Madre, California on October 29, 2017, along a street for Halloween on October 31, 2017. Over 179 million Americans are planning to participate in Halloween celebrations this year, up from 8 million last year, with spending expected to reach a record $9.1 billion, according to the National Retail Federation. / AFP PHOTO / FREDERIC J. BROWN (Photo credit should read FREDERIC J. BROWN/AFP via Getty Images)

A county fair participant in Cleveland took a real knife to a haunted house and unintentionally slashing the toe of an 11-year-old child.

News 5 Cleveland reported that Christopher Pogozelski has been charged with negligent assault by the child’s mother he unintentionally injured and wounded. The 22-year-old actor works at the Cuyahoga County Fairgrounds’ 7 Floors of Hell haunted house.

“He walked up to my son and he was holding the knife and his intentions were to scare him, but my son responded to him by saying, ‘That’s fake. I’m not scared,'” Karen Bednarski, the mother of the 11-year-old boy, said about the incident. 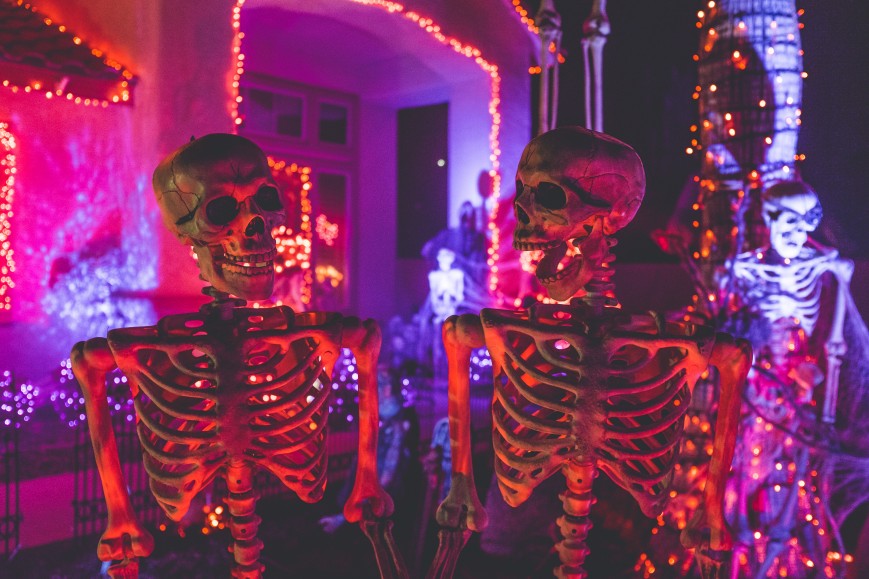 A haunted house in Cleveland had a bloody spook after a boy was stabbed by an actor of the attraction with a real knife while waiting to enter the establishment. This is a representational image. (NeONBRAND/Unsplash)

Pogozelski allegedly began stabbing the ground with his actual Bowie-style knife, slashing the boy’s red Crocs and injuring the child’s toe in the process. According to Law&Order, the police came to the scene. They applied first-aid to the boy’s toe. Cops then called his mother to the haunted home grounds.

The President of Night Scream Entertainment, Rodney Geffert, thinks he went a bit too close. He touched the boy’s toe and claimed it was an accident.

Despite his injuries, the 11-year-old kid went inside the haunted home with his pals. Geffert claims Bednarski enthusiastically requested a free trip ticket. In contrast, Bednarski claims she was handed the ticket after she refused to leave her kid.

According to Cleveland.com, the actor’s mother subsequently contacted officials to request the knife be returned. But they told her that they would keep it. Later, Bednarski decided to press charges against Pogozelski.

“The biggest thing for me is, you know, I don’t understand the mental state of this man. There’s got to be something wrong with him, and he should not be working at an establishment like that,” she said, questioning Pogozelski’s mental health.

Did The Employer Dismiss The Actor?