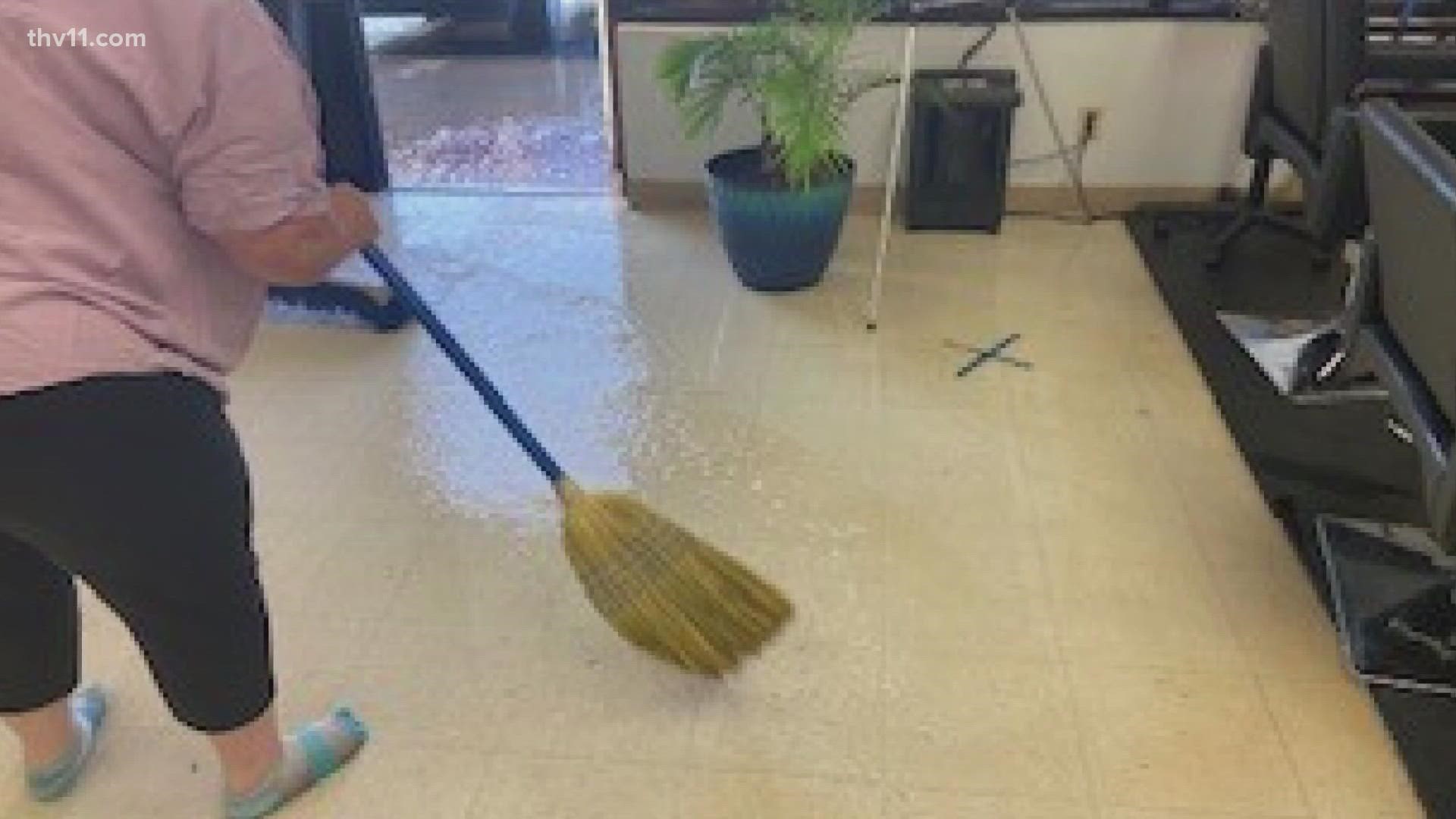 The owner of a beauty school in Benton was saddened when she found out that her establishment had been flooded. BENTON, Arkansas — After finding that her beauty school in Benton had been flooded, the owner is distraught. After spending hours this week cleaning up 3 inches of water from inside her Benton Beauty Academy, Misty Wright returned to work on Friday. (Photo: THV11)

In a recently published article in THV11, Misty Wright the owner is distraught after finding that her beauty school in Benton had been flooded. After spending hours this week cleaning up 3 inches of water from inside her Benton Beauty Academy, Misty Wright returned to work on Friday.

The Cause of the Flooding

Someone outside the building turned on a water spigot and left it running. Wright explained that it washed out her wood stations for her cosmetologists. However, this isn’t the first time something like this has occurred. Regrettably, this is the first time it has caused extensive harm.

According to Wright, all of the wood stations soaked up water, and she expects to spend $5,000 to repair them because the wood is already splitting. Nonetheless, assistance is already on its way.

On Friday, Wright learned that her students had stepped up to the plate. To assist her in replacing the stations, the girls launched a GoFundMe page. They’ve already raised nearly $1,000 in less than 24 hours.

Drew Higginbotham, a student, remarked that she works very hard and provides so much for them; hence, making a GoFundMe is the east they could do.

“I love these girls. Just to get me some more stations. That’s the kind of love we have here,” said Wright.

While the girls struggle to raise funds to replace their learning stations, Wright hopes that whoever is to blame will recognize how their actions have harmed a local company. “So, before you do anything just think about who you can harm and what you are doing,” said Wright.