The Arkansas Court of Appeals decided on Wednesday that a Paron man’s pro se appeal of his 52-year prison term for the murders of his two children in 2017 was without merit.

Arkansas Online said Jonathan Welborn, 35, filed an appeal after a Saline County jury found him guilty of two counts of negligent murder and first-degree endangering the welfare of a child in July 2019. 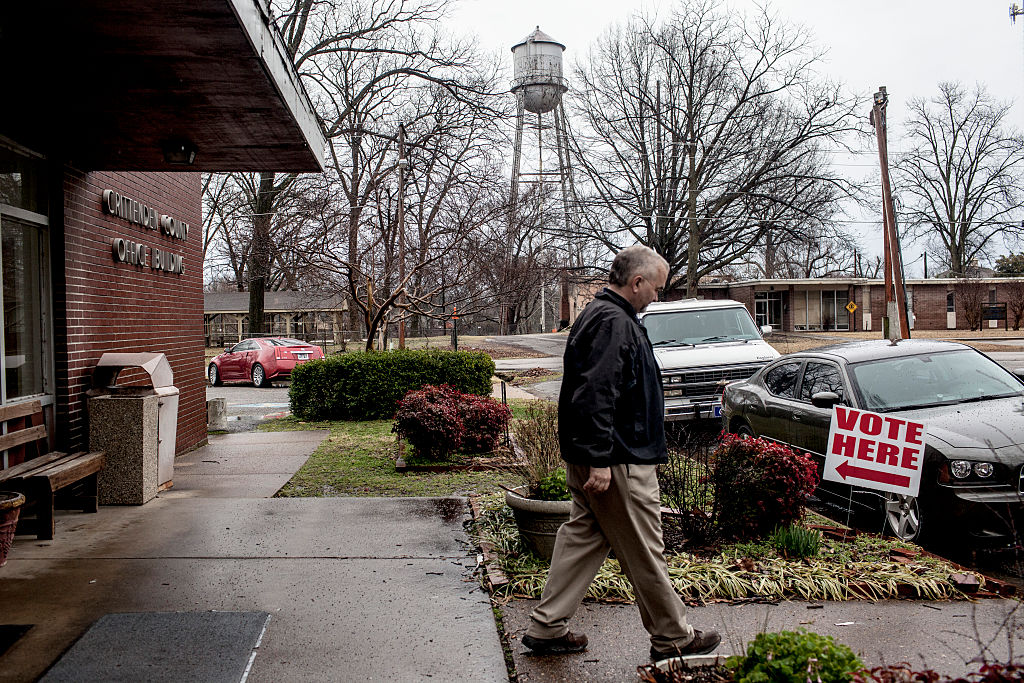 MARION, AR – MARCH 1: A voter walks out of the polling location inside the Critteden County courthouse building after casting his ballot on March 1, 2016 in Marion, Arkansas. Arkansas has 40 Republican delegates and 32 Democratic delegates at stake in their primary. (Photo by Andrea Morales/Getty Images)

After Welborn’s counsel informed the court that “there are no grounds of arguable value to bring on appeal.” Hence, the court decided that he may withdraw from the case.

In his grounds for reversal, Welborn, acting as his own counsel, claimed that “prosecutorial prejudice” resulted in a disproportionate punishment before the appeals court. He said the prosecution used a whiteboard to list the jury’s penalties.

Throughout the trial, the children’s mother said that she and Welborn broke into a home in Paron on July 28, 2017, leaving their two children, a 2-year-old girl, and a 5-month-old boy, in the vehicle.

A July 2019 press release from the prosecutor’s office (per Arkansas Online) mentioned that Welborn informed her that he would take the children home and then come for her. According to evidence, Welborn backed the vehicle out of the driveway, down an embankment, and into a pond, where it sank.

According to the prosecutor’s press release, the Paron father stated that as the vehicle went beneath the water, he tossed his daughter out the window and was unable to unbuckle his son’s car seat.

Welborn returned up the hill after escaping through the vehicle window, entered the home, and sat in a chair playing guitar, according to the prosecutor’s office.

According to an arrest record, responders took both children to Arkansas Children’s Hospital in Little Rock. Doctors declared them dead on arrival.

The jury took approximately 20 minutes to find Welborn guilty on all charges. He faces 52 years in prison. It’s the maximum consecutive punishment for all crimes.

Welborn acknowledged in court that he was high on meth when he drove the vehicle into the pond. He also did not immediately call for assistance, according to the Court of Appeals papers.