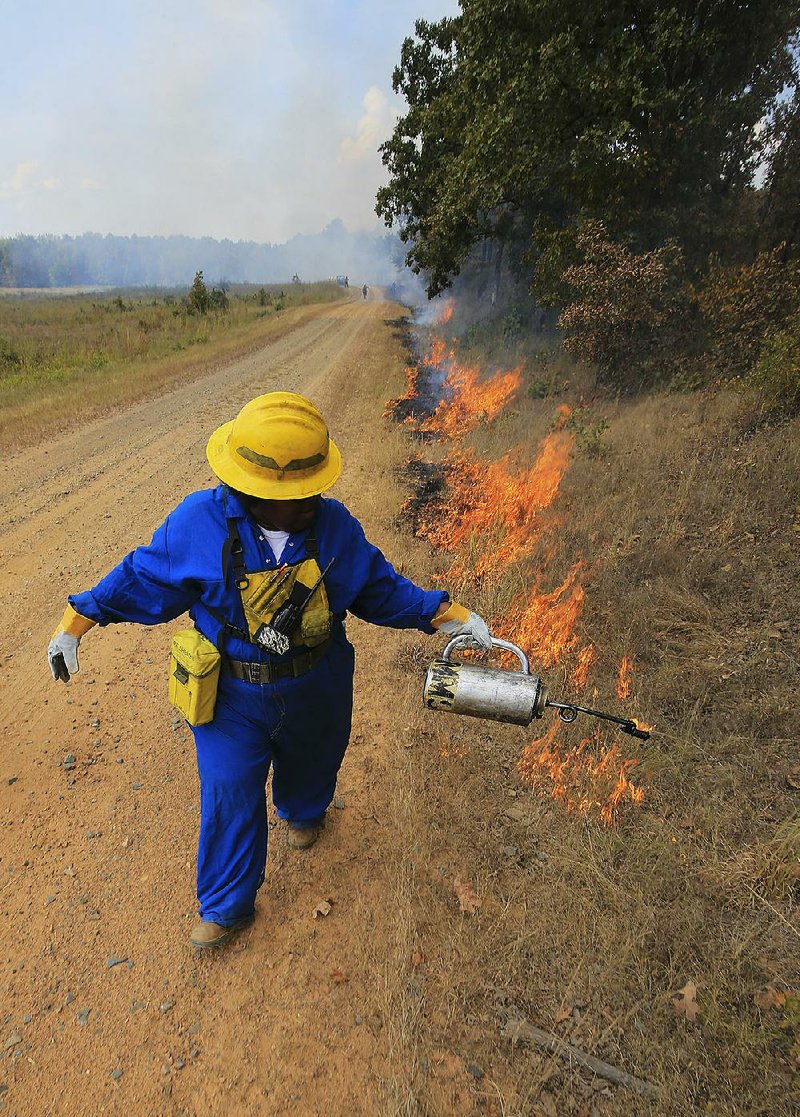 Wildfire is a risk across the state (Photo by Arkansas Democrat Gazette).

Some Arkansas counties will have to wait a while before burning their fallen leaves. Sharp County Judge Gene Moore issued an emergency burn ban for his constituents on Wednesday.

In a recently published article in Gray Media Group, Inc., Sharp County is one of seven in Arkansas that has burn bans, according to the Arkansas Forestry Commission.

A Quick Knowledge on Burn Ban

A local burn ban can only be imposed after a local emergency or disaster has been declared, according to N.D.C.C. 37-17.1-10.

Based on Burn Ban Guidelines – 2012, a burn ban is a temporary prohibition on open burning during prolonged periods of high fire danger caused by large amounts of dry natural vegetation, weather conditions, and outdoor activities. Only during a declared emergency, such as when there is a high fire risk, can open burning to be prohibited and penalties imposed.

Even though the legislature did not define open burning, the legislative history and shared understanding of the term indicate that it refers to the direct burning of any combustible material in the open air. It includes any outdoor fire, pyrotechnic, or flame-producing apparatus that has the potential to emit sparks or airborne embers that could ignite natural or artificial materials in the vicinity.

To accommodate seasonal activities or holiday events, burn ban declarations can specify restrictions on certain types of open burning, or in extreme cases, “No outdoor burning of ANY kind,” indicating no exposed flame outside of a building.

A Retrospective on Burn Bans in Arkansas in 2017

In the year 2017, the Arkansas Forestry Commission has classified sections of the state as at high risk for wildfires, and burn restrictions have been imposed in twenty-two Arkansas counties.

Because of the dry conditions, residents in a 10-county area in the state’s north-central region and a 21-county area in the state’s southwest quarter are being advised not to burn debris, trash, or limbs. The rest of the state is considered to be at moderate risk of fire, and residents are advised to burn only early in the morning and late in the evening when the winds are calmer. 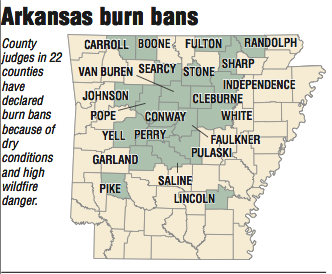 A map showing burn bans in Arkansas in 2017 (Photo by Arkansas Forestry Commission). 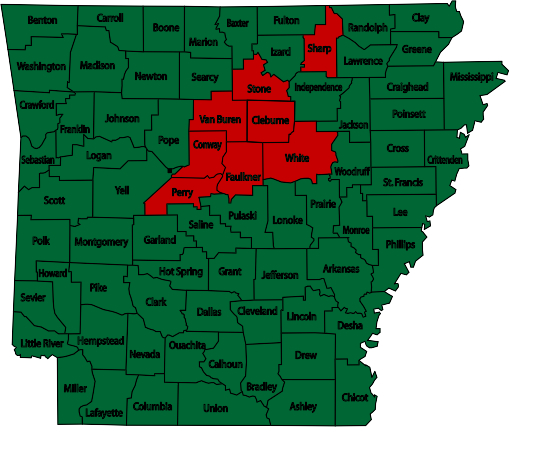 According to Arkansas Forestry Commission, the seven counties under burn ban are Cleburne, Conway, Faulkner, Perry, Stone, Van Buren, and Sharp. Thus, residents in these areas will have to wait for a while before they can burn their falling leaves.