Gilbert Baker, a former state senator and Republican Party strategist who was convicted of conspiracy to bribe a judge earlier this month, will be retried this month on eight additional charges that a federal jury deadlocked on. 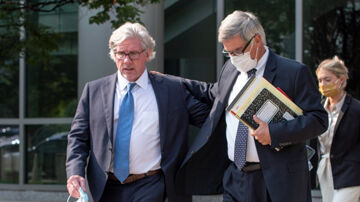 In a recently published article in Arkansas Online, Baker was charged with bribing former Faulkner County Circuit Court Judge Mike Maggio to reduce a $5.2 million jury award in a wrongful-death lawsuit filed against Greenbrier Nursing and Rehabilitation Center in Greenbrier, which is owned by Michael Morton of Fort Smith, by funneling $30,000 in campaign contributions from Morton through a series of political action committees.

Morton, who testified in Baker’s latest trial, has yet to be prosecuted in the case. Maggio, who pleaded guilty to accepting a bribe and is serving a 10-year term in federal prison, also testified. Baker’s attorney, Blake Hendrix, was unavailable for comment on Friday afternoon.

Furthermore, Baker, a former state senator from Conway and the former chairman of the Republican Party of Arkansas, was acquitted of one count of conspiracy on the fifth day of deliberations by a jury on Aug. 12. Eight additional accusations, including one instance of bribery and seven counts of wire fraud, were brought to a halt by the jury.

The U.S. Attorney’s Office Will Retry Eight Other Federal Charges

The US attorney’s office said simply that it planned to retry Baker in its notification to the court on Thursday, without elaborating on what may have prompted prosecutors to make that decision. The office had already requested and received permission to interview jurors who had heard the first trial and were prepared to talk about it. Such conversations may have provided prosecutors with insight into how and why jurors were split on the case.

Meanwhile, when questioned about the retrial preparations and jury interviews, Assistant US Attorney Patrick Harris refused to comment on Friday. Blake Hendrix, Baker’s defense attorney, did not immediately answer a phone call or an email requesting comment on Friday, according to a published article in UALR Public Radio.

Needless to say, a day after a sealed motion in Maggio’s case was submitted, the decision to retry Baker was made. In the Baker trial, Maggio testified for the prosecution in the hopes of having his jail term reduced. Maggio is not presently in the custody of the federal prison system, according to data from the US Bureau of Prisons. Inmate witnesses who cooperate with federal investigators are sometimes kept in neighboring institutions for a short period of time while they meet with federal agents.